In 2015, the Brooklyn Book Festival (BKBF) took place at nearly the same time as such world-headlining events as the opening of the United Nations General Assembly, and a historic visit by the Pope to New York. While major media focused on these headliners, readers, writers, poets, graphic novelists, publishers, booksellers -- that zany ecosystem that comprises New York's robust literary culture -- flocked to Brooklyn as the celebratory 10th annual Brooklyn Book Festival unfolded.

Far from some dreary, dusty marketplace of booksellers, beleaguered and kvetching about the death of physical books and the ascendancy of mobile readers, this was a high-octane, caffeinated event filled with electric speakers, big ideas, aspirations, and creativity.

If you've ever loved a book --or wanted to write one!-- you will go bananas at this annual festival. Here's why: 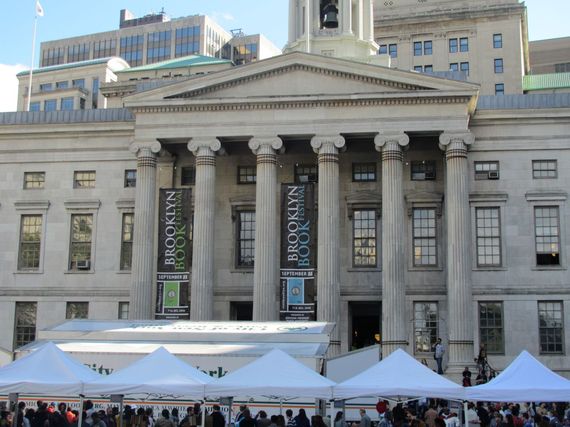 City-wide Weekday "Bookend" Events
To celebrate its tenth anniversary and a decade of growing prominence and promise, the 2015 Brooklyn Book Festival expanded its venues to Queens, the Bronx, Staten Island, and of course, Manhattan.

Most of these other-borough events took place during the weekday "Bookend Events," a run-up to the weekend festival.

You could, in fact, have explored every borough in the city during the week's events. For example, literary events were hosted by Argentine Consulate, the LIC Bar in Long Island City, WNYC's Green Space in Manhattan, the Bronx Museum of Arts, and Comic Book Jones in Staten Island. History buffs could mark the 800th anniversary of the Magna Carta, and Constitution Day held, appropriately, in a session held at Brooklyn Law School.

For the first time, the Book Festival held a Children's Day at MetroTech Commons near the Fulton Mall and indoors at the NYU Polytechnic School of Engineering. 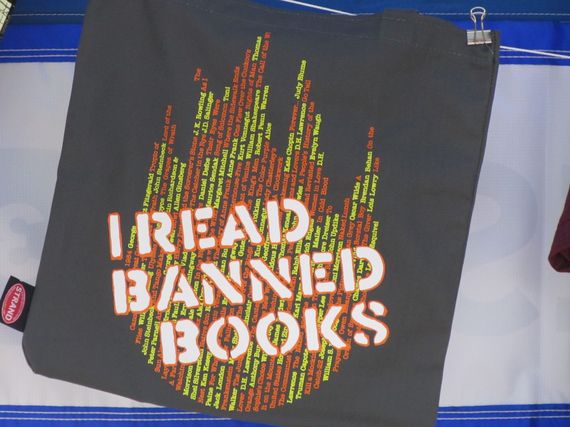 A Homegrown Festival Hits Big Time
One of the best creations of Brooklyn's recent cultural ascendancy, the Brooklyn Book Festival is a homegrown event. The germ of the idea was planted during the era of Brooklyn Borough Marty Markowitz, conceivably the borough's most indefatigable booster. It was a moment when Brooklyn's literary renaissance was beginning to be nationally recognized. Johnny Temple, the publisher and editor in chief of Akashic Books and now chair of the Brooklyn Literary Council, recalled being enamored of Brooklyn's literary history, and pitching the idea that Brooklyn really deserved its own literary event. Liz Koch and Caroline Greer, now festival board members and co-producers, both then working at Brooklyn Borough Hall, got on board. Literary pied pipers, they brought in others.

In that put-your-shoulder-to-the-wheel Brooklyn way, they just made it happen. Today's Brooklyn Borough President, Eric Adams, has, importantly, continued to support the festival.

And what a creation! On its tenth birthday, the Brooklyn Book Festival was, once again, the nation's largest festival featuring independent book publishers.

So Hip, It's Mainstream

Sometimes, with the Brooklyn "thing," it's hard to know whether what's happening here--in artisanal cuisine, music and word culture-- is cutting edge, or comfortably hip in a mainstream kind of way. Some of the authors presented at the Brooklyn Book Festival have very challenging things indeed to say. But the Festival itself has grown up, and matured.

For those of us who have been tracking Brooklyn's revival, it's not surprising that local cultural organizations in Downtown Brooklyn and the Brooklyn Cultural District such as BAM, the Brooklyn Historical Society, Brooklyn Law School, Brooklyn Public Library, the poets space Cave Canem, St. Francis College, and historic St. Ann & the Holy Trinity Church were again cultural and programming partners (and host events, too).

But, in addition to the packed program of writers and tens of thousands of visitors, what lends the Brooklyn Book Festival particular gravitas is its impressive roster of national and international partners. For the tenth anniversary event, its partners included PEN American Center and Center for Fiction (the latter moving soon to Brooklyn), The Nation, The New York Review of Books, the National Book Foundation, NYU, the Poetry Society of America, and the Whiting Foundation, known for its generous annual awards to writers. 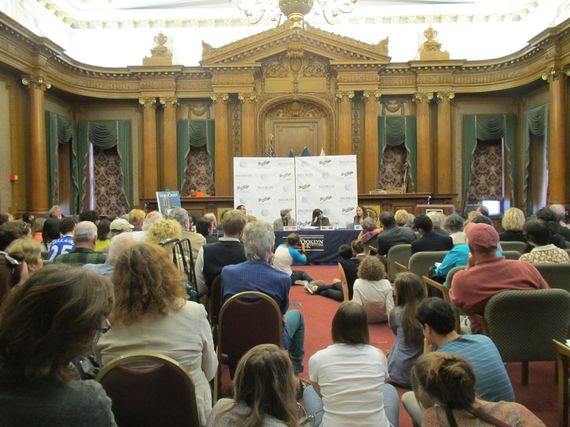