This is the ninth installment in an ongoing series that explores drag culture and the nightlife scene in Brooklyn, N.Y. Over the past several years, following the large-scale exodus of artists across the East River and into northern Brooklyn, those engaged in drag culture in this outer borough have created a new, queer world entirely their own. Accompanied by a larger movement to understand drag culture outside of the pageant circuit, many individuals engaged in the drag community in this borough approach drag culture through a nontraditional lens of "alternative" drag or performance art, enabled largely by the malleable and queer nature of this part of New York. Visit HuffPost Gay Voices regularly to learn not only about the individuals involved in Brooklyn's drag community, but more about the culture of the community itself.

How did you get your start in the drag world?
K.James: Craigslist. No, really. Growing up, my favorite thing to do was to crank up the radio and lip-sync my heart out to Mariah Carey and '90s boy bands. I had no idea that the perfection of this skill would eventually find an outlet in my adult life. But when I moved to Brooklyn, I answered an ad for a queer/trans roommate share with one of the founding members of Switch N' Play. As a trans guy, I had spent a lot of time thinking about masculinity, but the group rehearsals held in the apartment introduced me to king culture and the local drag scene. Soon, I was itching to get on stage myself. In early 2008, I performed for the first time to Color Me Badd’s “Sex U Up” at one of Switch N’ Play’s open drag nights, and my fate was sealed. They asked me to join the group, and I’ve been lip-syncing my way across NYC with them ever since.

Pussy Diet: I’ve always been a performer. As a kid I was heavily involved in musical theater and I spent hours making up choreography and performing for family, friends, and anyone else who would watch! When Miss Malice asked me if I would be interested in performing a Grease number with her at one of Switch N’ Play’s open drag nights in spring 2011, there was no doubt I’d be on stage. My performance as Olivia Newton Dong was such a hit, I’ve been performing with Switch N’ Play ever since. Over the last two years of performing, my drag persona has evolved -- I’ve developed a character for myself in the drag king world and have moved into doing solo numbers in addition to our choreographed group numbers.

Describe the drag scene and community in Brooklyn -- how is it different from drag culture elsewhere?
K.James: I think drag culture in Brooklyn is really eclectic and, in a lot of ways, Brooklyn is revising what drag means for a new generation. Sometimes that means being really political: challenging sexism/racism/classism/ableism or other systems of oppression. Sometimes that means moving away from pageant notions of drag or from ideas about imitation or impersonation in favor of gender fucking. Sometimes, especially for us, it means really tight choreography and just a celebration of dapper queer bodies -- one that is both a commentary on definitions of masculinity and an important challenge to the idea of female masculinity as undesirable.

Pussy Diet: Brooklyn is an incredibly progressive and alternative pocket of our country, and the Brooklyn drag scene definitely embodies that spirit. In Brooklyn, drag performers really push the limits of what most of the country thinks of as drag in a way that reflects the way the LGBTQ community is transforming. In Brooklyn, you’ll see drag kings and queens defining and performing masculinity and femininity broadly, drag kings toying with homosexuality and many performers who do gender-bending burlesque. This is a break from most of the more traditional drag you find in Manhattan at gay clubs, in other parts of the country and world and on "RuPaul’s Drag Race." As queerness becomes more widely accepted, I think Brooklyn-style drag will become more the norm outside of the borough.

(The interview with K.James and Pussy Diet continues after the slideshow.)

Do you feel that drag kings receive as much visibility in the drag community as other forms of drag performance?
K.James: It does seem like kings have less visibility, if not in the immediate drag community than in a larger cultural understanding of drag... It’s been exciting to see "RuPaul’s Drag Race" bring queens into the mainstream in a kind of unprecedented way, but king performance hasn’t received the same kind of celebration or recognition -- yet. Maybe it’s a reflection of the way our culture is interested in the spectacle of femininity; the performance of masculinity is often doing something really different. I think that’s why it was so exciting when Lady Gaga performed as Jo Calderone at the VMA’s in 2011 -- so many people saw that and it made them think about masculine performance.

Pussy Diet: I definitely do think that drag kings have less visibility in the drag community than queens... androgyny and masculinity are significantly more accepted for women than androgyny and femininity for men. While most people would view a man in a dress as drag, a woman wearing pants is totally normal and culturally accepted. This is ultimately reflected in the different ways that kings and queens perform. Queens tend to reflect femininity through their makeup, their clothing, and changes to their body (adding hips, breasts, etc). For drag kings, masculinity is reflected through performance. Drag kings may wear facial hair and apply make-up to accentuate masculine features or wear a soft-pack, but exploration of maleness is often emphasized through attitude and prowess on the dance floor.

How does Brooklyn as a community shape and construct drag culture?
Pussy Diet: Brooklyn tends to be less segregated in terms of where the LGBTQ community hangs out. Rather than separate spaces for gay men and gay women, Brooklyn favors queer venues that accept all members of the community. As a result, queens, kings and other gender and burlesque performers mingle more than they might in other places. This leads to great opportunities for collaboration and enables performers to diversify their performance style to blend with other performance types. For example, the Switch N' Play kings often integrate an element of burlesque (or boi-lesque) into our performance.

Both of you are a part of Switch N' Play -- what role does this organization play in the Brooklyn nightlife community?
K.James and Pussy Diet: Switch N’ Play (SNP) is a Brooklyn-born, New York-based drag alliance that spans the gender spectrum in life and on stage. As a group, we perform a wide range of dance and theatrical numbers at various nightlife events throughout NYC, and we are starting a regular show series at Branded Saloon this January. From our inception in 2006, part of our mission has been to foster the drag, burlesque and gender-bending performance community in Brooklyn through our open drag nights at Outpost Lounge, which create space for experienced and amateur performers alike to explore gender performance.

What is your goal with your performances? In what way are you attempting to challenge notions of gender and sexuality?
K.James: We play a lot with reinterpreting mainstream heterosexual masculinity as queer female-bodied masculinity but we also like to explore layers of homoeroticism between kings. Miss Malice of SNP once joked that she had to play the “woman scorned” twice in ten minutes for a set we did at Brooklyn Pride several years ago because we had more than one number featuring drag kings having sexual tension and getting together in the end.

What direction do you see drag king culture playing in the future of the Brooklyn nightlife community?
K.James: I hope to see drag king culture continue to grow in the Brooklyn nightlife community and I hope to see more collaboration across communities of queens, burlesque performers, and other gender and nightlife performance artists in Brooklyn. We all have a lot to offer, and there are ways we can grow through even more contact and blending of the boundaries of these communities.

Any parting words?
Come see us -- and come get on stage with us! We’ll be at Branded Saloon on Jan. 18 for our new show series there, and we will be holding the next open drag night at Outpost Lounge on Jan. 31. There’s still time to get on the set list if you want to sign up; performers of all experience levels are welcome. Like us on Facebook or check out our website to contact us and get involved! 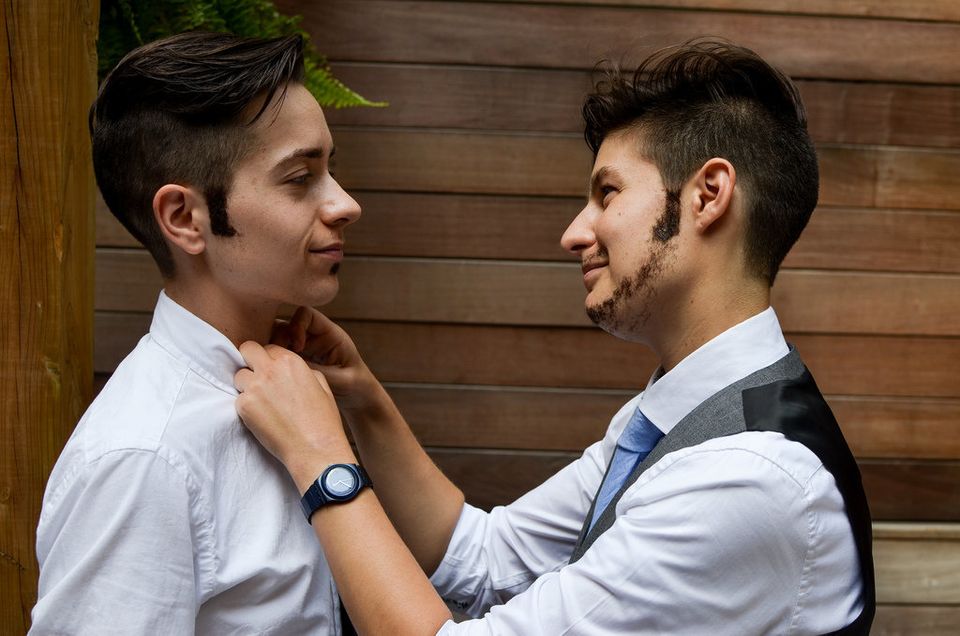