What better way to really dig into the post-holidays spirit than a trip to the ballet? This time of year, there are less sugar plum fairies and mouse kings hanging around New York City's Lincoln Center, and more multi-dimensional human forms encapsulated in suspended animation. 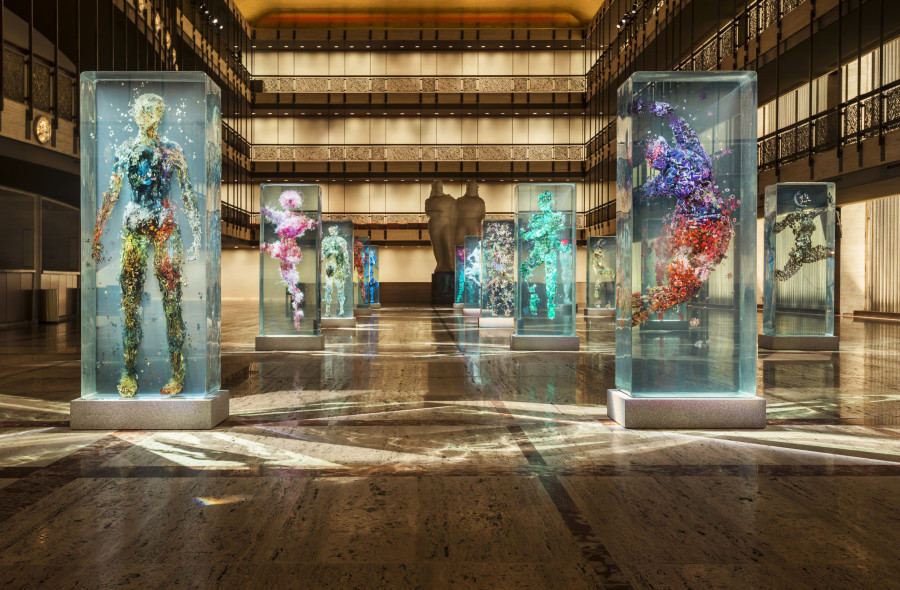 To be fair, the "Psychogeographies" -- the 3,000-pound sculptures that indeed resemble human forms suspended in glass encasements -- are only on view until March 1, 2015. They are the work of Brooklyn-based artist Dustin Yellin, the founder of Red Hook’s Pioneer Works, who specializes in human-size, three-dimensional collages depicting fantastical and sometimes sinister scenes. For the NYCB, he's crafted 15 of his large-scale pieces depicting figures that seem to be dancing throughout the David H. Koch Theater, confined of course by translucent material on all sides.

The sculptures are part of the NYCB's Art Series, which aims to produce annual collaborations between contemporary visual artists and the ballet. Before Yellin, street artists FAILE and JR debuted their own projects in Lincoln Center. And like years past, Yellin's residency of sorts involves three special ballet performances, which will take place on Thursday, February 12 (All Balanchine -- Serenade, Agon, and Symphony in C); Thursday, February 19 (Peter Martins’ Hallelujah Junction, Christopher Wheeldon’s A Place for Us, and Jerome Robbins’ Interplay and Glass Pieces); and Friday, February 27 (Alexei Ratmansky’s Pictures at an Exhibition, a new work by NYCB resident choreographer Justin Peck, and Christopher Wheeldon’s Mercurial Manoeuvres). Tickets for these performances are just $29, and audience members each receive a special limited-edition takeaway created by Yellin. 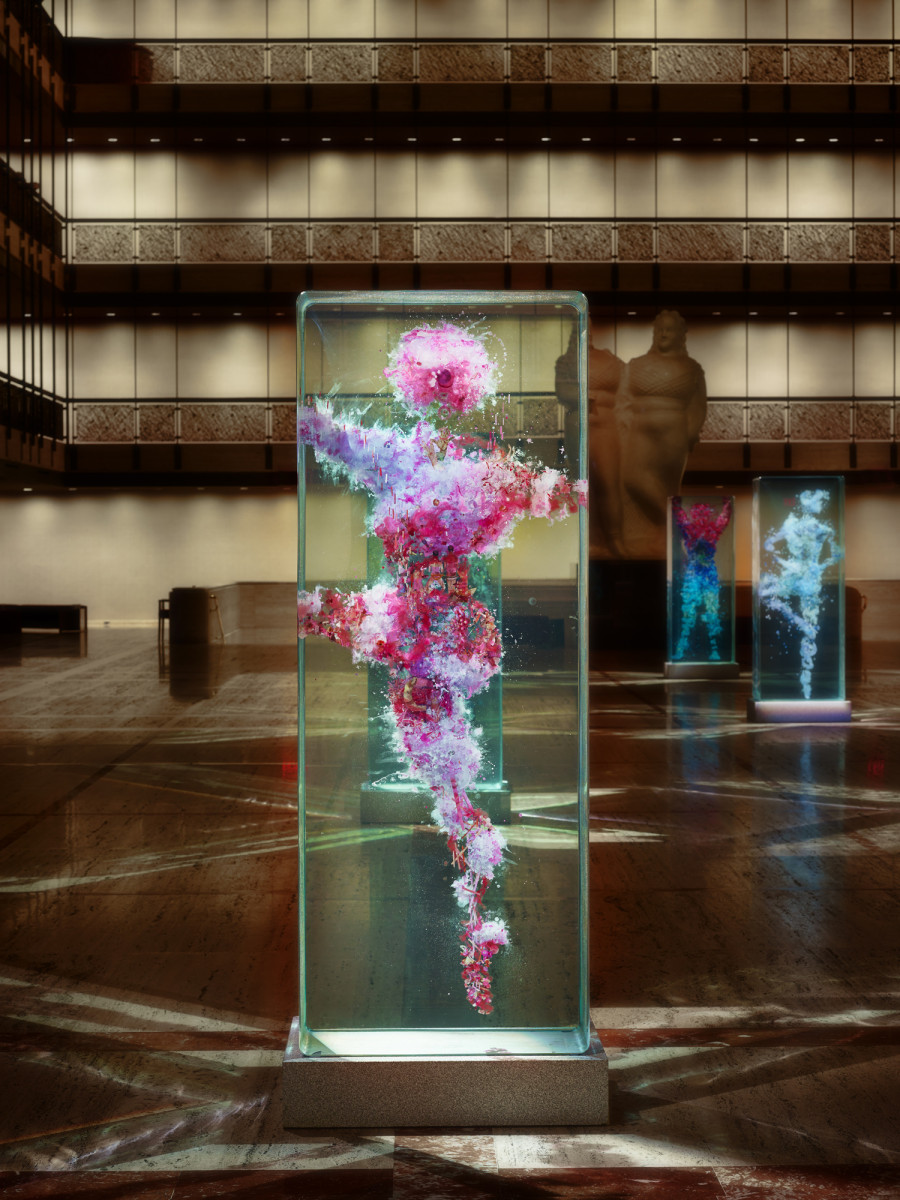 For Yellin, psychogeographies are akin to maps of the psyche. A visit to his artist website shows a myriad of these artworks, filled with splitting heads, bodies grasping for air, figures disappearing into the acrylic surrounding them. Many of them are housed at Pioneer Works, a Red Hook institution The New York Times referred to as a utopian-minded nonprofit arts center.

Check out a preview of Yellin's work, courtesy of the New York City Ballet and photographer Andy Romer, here. Let us know your thoughts on this year's Art Series below. 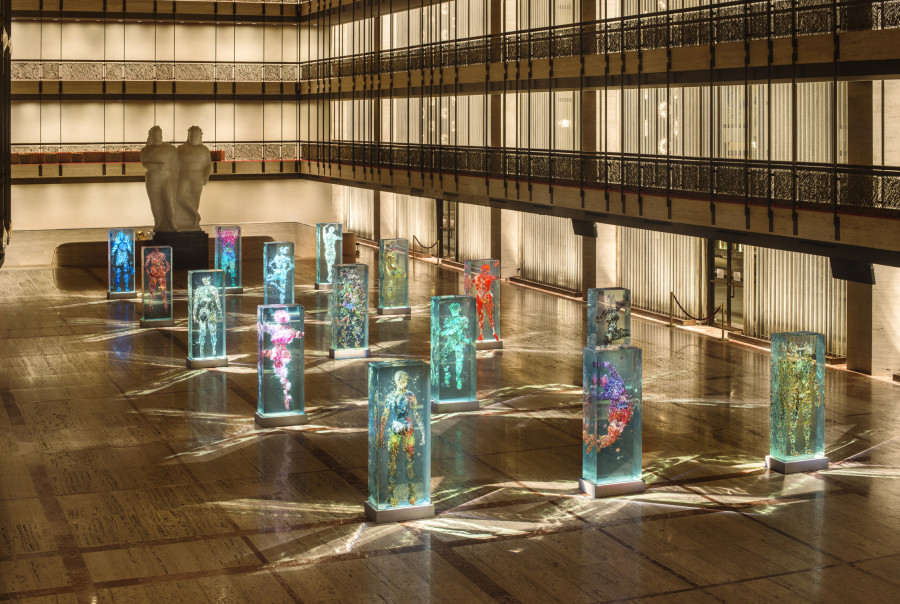 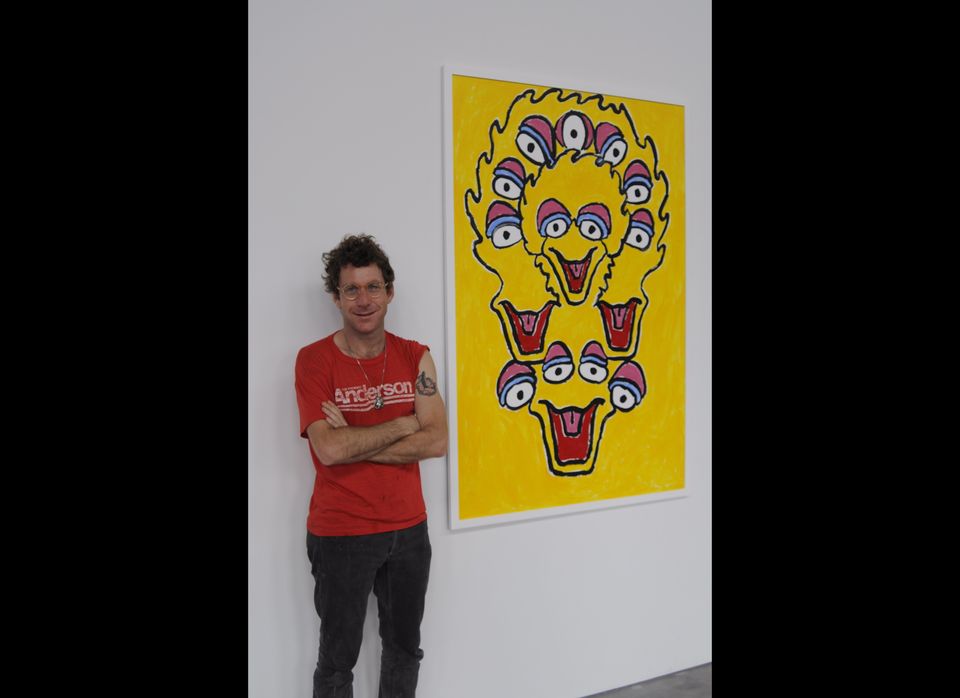