A Tinder hack reportedly had men flirting with other men. Here's the thing, though: All the dudes thought they were chatting with women.

The Verge reports that an anonymous California-based programmer devised the Tinder hack after seeing the outrageous messages his female friends received on the dating app.

The hacker essentially paired male users who swiped right on two fake female Tinder profiles he set up, the outlet notes. Though he intervened before the users met in real life, he said he was surprised by the hastiness of the guys he pranked.

Reading the conversations, it's quite amazing how many clues these guys miss. 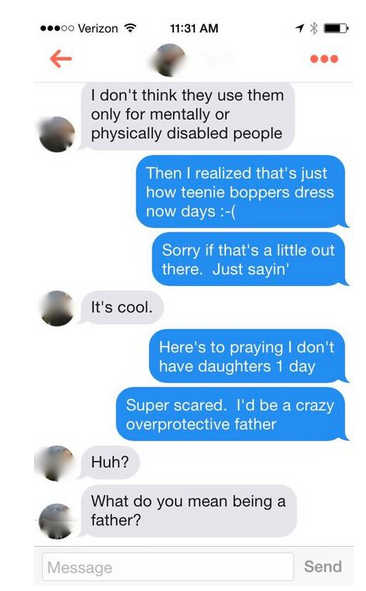 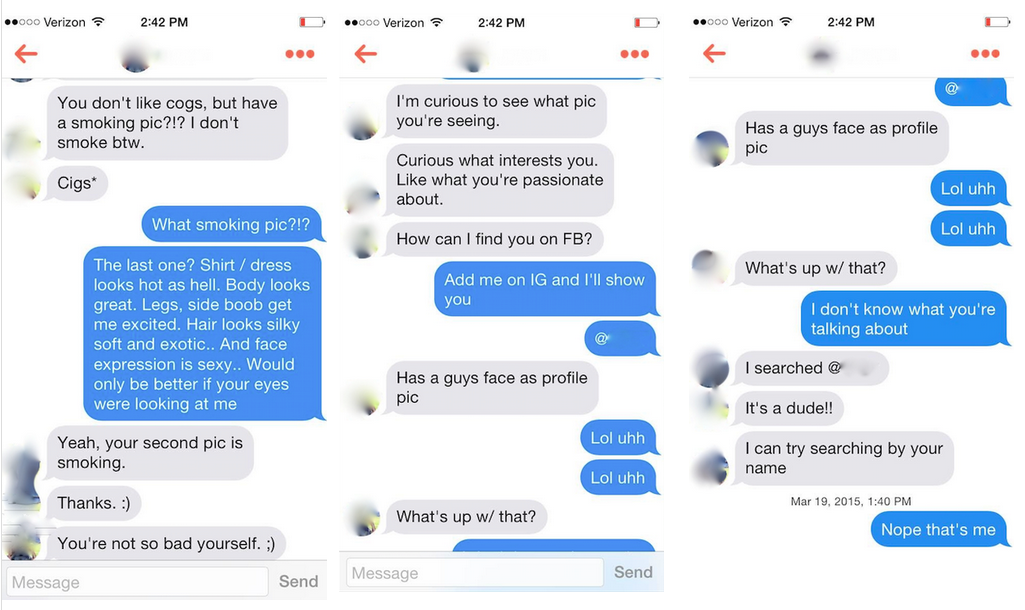 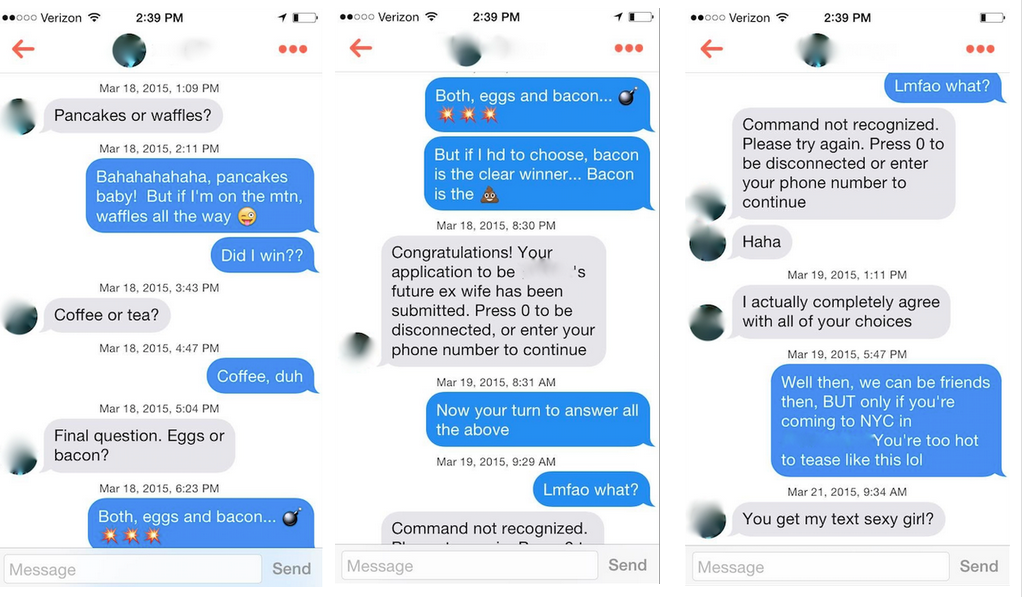 However, online dating consultant Steve Dean, who runs DatingWorks, told The Huffington Post he isn't surprised the guys didn't realize they were talking to men.

"If you have no reason to believe that people aren’t who they say they are, guys are more likely to strategically and selectively believe what they think is true," he said.

HuffPost reached out to Tinder to confirm the hack but did not receive an immediate response. Still, this wouldn't be the first time Tinder's API was compromised. As the Verge notes, safety concerns were sparked in 2013 after it was discovered that a quick hack could trick the app into revealing users' exact locations.

With any luck, the prank -- and those glorious screengrabs -- will at least prompt the Tinder Brotherhood to consider how it feels to be on the other end of those "flirtatious" lines.