When you're caught on an arena kiss cam, you're likely to get booed if you don't pucker up and deliver a smooch.

It's a lesson even the president learned the hard way.

Adam Martin, a fan attending a University of Minnesota college hockey game on Valentine's Day, knew there was a chance the arena's kiss cam might fall on him and the young lady at his side.

Since she just so happens to be his sister, he had no intention of kissing her. On the other hand, he didn't want to get booed, either -- so he came up with a simple way to explain the situation to the arena full of fans.

Watch the video for his brilliant solution.

“The perception whether at the game or before it is that we’d look like we were on a date, so I wanted to make sure that there was a clean line, a sibling line between the two of us,” he told WCCO, the local CBS station.

The university said the shot wasn't staged, and that it wasn't told what he was planning to do.

He could've just given her a peck on the cheek. On the other hand, at least he didn't behave like a fan at a Dodgers game last year. Caught on the kiss cam with his sister, he got up and ran away.

PHOTO GALLERY
Obamas On The Kiss Cam!
Voting Made Easy
Register to vote and apply for an absentee ballot today
Register now

Brother And Sister Caught On Kiss Cam (VIDEO)
Obamas On The Kiss Cam! 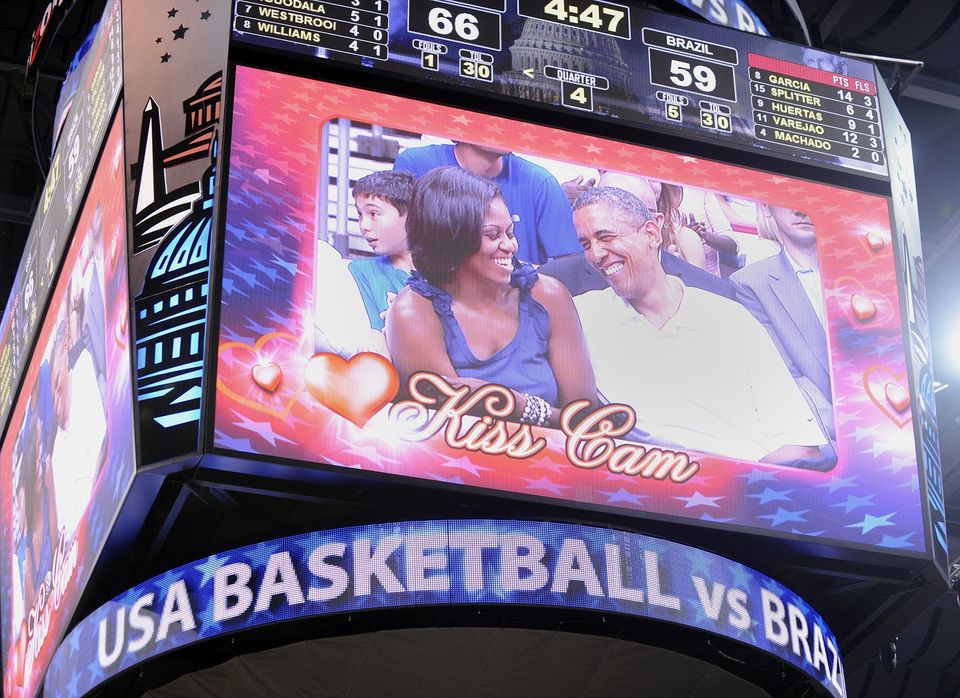