My brother, Jim, died by suicide on a bright day in early September, ending the darkest time in his life -- and mine. For nearly four months, I was my brother's keeper, his backup in a wild battle against depression. I promised I'd help him win. When he took his life, I pounded the ground in defeat. The puzzled hundreds at his funeral repeated a question: "How could someone so strong fall so fast?"

For many, Jim's demise was like watching a mini fall of Rome. Yet when I revisit the ruins of that summer, I'm surprised to stumble on gratitude. In his last days, Jim gave me a chance to protect and defend him, the man who had long done the same for me.

Since childhood we'd shared a puckish humor, a desire to smooth the grit of life into something good. We were also quite different. I studied hard, followed the rules and preferred life in the big city. He liked anything better than school, rewrote the rules and enjoyed small-town life.

Jim pursued sports as player and fan, from football to skiing, four-wheeling to training for biathlons. Making lunch for his sons and getting them off to school was the bright spot of his weekdays. He spoke of them with an otherworldly urgency that could make you cry. That blend of soft and strong came in handy when our mom died. The loss upended my teenage world. But my brother became my surrogate mom and best friend.

A few years later, Northwestern accepted my undergraduate application, and Jim drove me to Evanston, Illinois. I was terrified. Everyone seemed smarter than I was. When he left me standing outside my dorm, I sobbed. I couldn't eat. I roamed the streets, questioning my decision. Who did I think I was, a blue-collar kid from the fringes of Cleveland, coming here?

I agreed. I didn't want to fail. After seven days, I had made friends, explored Chicago and brushed against freedom. I would stay.

Jim nudged me down a path I wouldn't have found back home, one of his many gifts that left me forever changed. 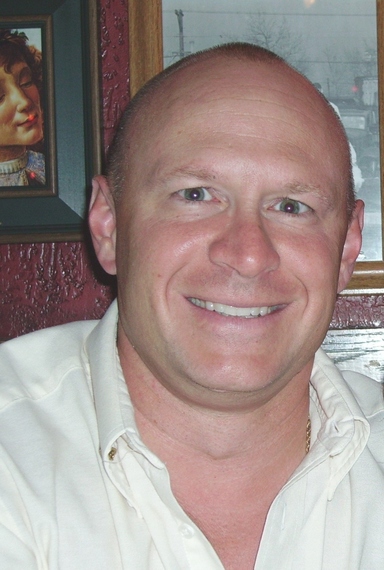 Calling on me in his struggle against depression was no exception.

Marital strife was searing his soul and shriveling his self-worth. When he first told me, I was startled. He and his wife were high-school sweethearts who enjoyed a faithful group of friends, bright careers, and beautiful children. Though he fretted about his marriage faltering, he believed he could fix it. A builder by trade, Jim reveled in making things bigger, better, stronger.

Over the summer, Jim's worry became desperation. He called early, often waking me. Thoughts of suicide chased him through sleepless nights, sending him on aimless drives where he tried to make sense of his mounting sadness. We had long conversations about our mom, her legacy of faith and how it was playing out in our lives. We spoke of our shortcomings and what it meant to forgive.

Following the birth of my first child I had fought postpartum depression, so I leveraged what I'd learned about mood disorders. I was a warrior with some wounds, but I had survived. I was certain he would, too.

After making a few attempts on his life, he sought the care of doctors and a support group, and he took medication. He hadn't slept or eaten well in months. Sometimes the anxiety was so severe, he would vomit. His inability to mend his marriage and himself crushed his spirit.

The stream of emails and texts between us was ceaseless. He was my first thought on waking and my last prayer before sleeping -- in many ways, my third child. I was the last person Jim called before he took his life.

His sobs limited my grasp of his words. I did understand that he believed his death would be better than divorce. Then his voice calmed. I heard the crinkle of a bag, and he grew breathless. He was going to asphyxiate himself. I begged him to stop and kept him on the line until he promised he wouldn't do it. "I'll call you back. I love you," he said, hanging up.

When I learned that he had died, the call haunted me. He dialed me last because I was two states away, helpless to save him. Hindsight has been kind, though. In his dying words, Jim entrusted me with the story of his broken heart. So I'll share his past, to protect the future for others who battle terrors of the mind.

My brother is gone, but I'm still his keeper.