Good news for all the brown-eyed guys out there: Men with chocolate-colored irises are judged as more trustworthy than blue-eyed dudes.

But the results are somewhat complicated by the fact that it's not eye color itself that's judged as trustworthy, but baby-faced features that seem linked to having brown eyes. The findings also come from a study of Czech participants, so the judgments could vary across cultures.

"Eye color is something superficial, and nobody would expect there is a deeper association with the structure of the bones," said study researcher Karel Kleisner of Charles University in Prague.

"We were a little bit surprised," Kleisner told LiveScience.

Windows to the soul?

Kleisner became interested in what social signals eye color might convey, because blue eyes are relatively new on an evolutionary timescale. Before about 6,000 to 10,000 years ago, humans didn't have blue eyes, scientists have found.

So why might the mutation that caused blue eyes have spread so far, Kleisner wondered? There could be an evolutionary reason for the variability in eye color, he said, but it doesn't seem to have to do with how well different colored eyes work. Perhaps instead, Kleisner said, eyes convey something about their owners.

"Eyes are not only for seeing, but also to be seen," he said.

To test the hypothesis, Kleisner and his colleagues photographed 40 male and 40 female students from the Czech Republic, all with either blue or brown eyes. They then asked another group of Czech students (142 female and 98 male) to rate the photographs for trustworthiness, attractiveness or dominance on a scale of one to 10.

The results revealed that brown-eyed faces were seen as more trustworthy than blue-eyed ones, particularly for male faces. Female faces showed the same trend, but the results did not reach statistical significance, leaving open the possibility that they were the result of chance.

The catch, however, arose in a second study. This time, researchers took the same faces and used a photo-editing program to swap the eye color of each person. Now the brown-eyed guys and girls sported blue eyes and the blue-eyed folks had brown eyes. Another 106 students judged those photos for trustworthiness.

The same faces as in the first experiment were seen as the most trustworthy, even though they now had blue eyes. That means that it's not the eye color itself, but something about the face shape that engenders trust, Kleisner said. [7 Personality Traits That Are Bad For You]

An analysis of the faces revealed that the brown-eyed men had bigger mouths, broader chins, bigger noses and more prominent eyebrows than the blue-eyed men. In other words, their mugs looked more baby-faced and cheerful, perhaps a look that makes people feel trusting, Kleisner said.

Explaining why this might be — and why eyes appear linked to face shape — is more speculative. One possibility, Kleisner said, is that when blue eyes first appeared on the scene 10,000 years or so ago, their novelty made them sexy. If men were pursuing blue-eyed babes with more ardor than brown-eyed girls, they may have cared less about other facial features, such as ones indicating trustworthiness. This, in effect, would have made it easier for less trustworthy-looking facial genes to get passed on in blue-eyed men and women.

Male faces in the study were more variable in shape than the female faces, Kleisner said, which could explain why the trustworthiness differences were noticeable only in men. There simply may not have been enough variety in the women's faces to tell for sure whether their shapes influenced trustworthiness.

Kleisner expects that face shapes seen as trustworthy would likely be similar across cultures, but eye color might be more susceptible to cultural stereotype, which could influence similar experiments done outside of the Czech Republic. In Turkish folklore, for example, he said, blue eyes are said to be more susceptible to the Evil Eye, with the potential for cursing others. More work across borders is needed to pin down the effects of eye color, he said.

Kleisner and his colleagues report their work today (Jan. 9) in the journal PLOS ONE. 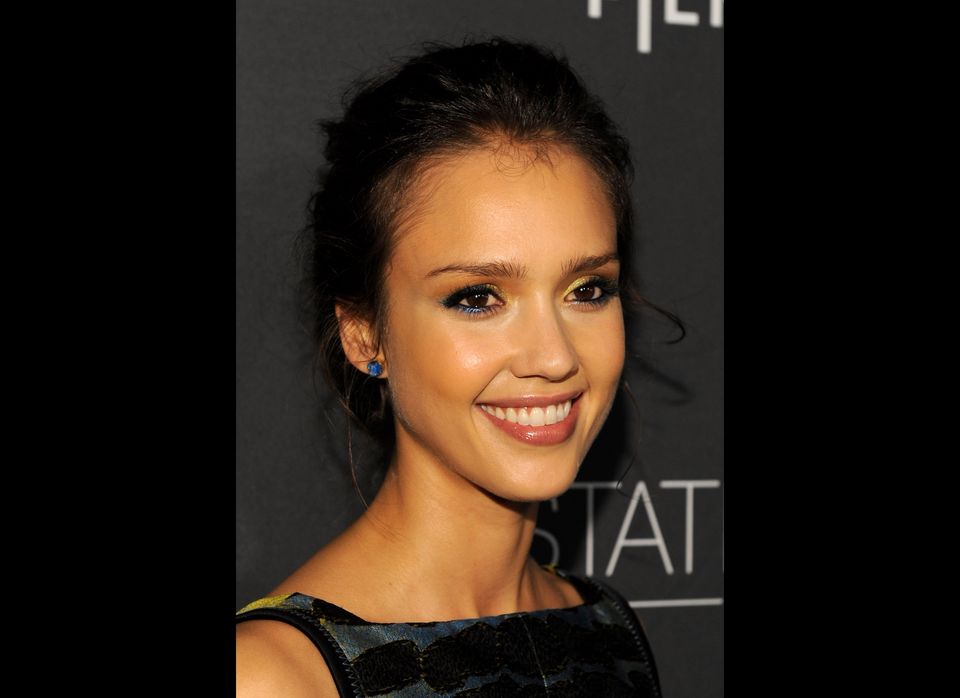