It's haunting and touching all at the same time.

For more than three decades, documentary photographer Nicholas Nixon has captured the Brown Sisters -- his wife Bebe and her sisters Heather, Mimi and Laurie -- in a series of moody photos that go beyond your typical family portrait.

Although the first photo was taken in 1974, the official series didn't begin until 1975, when the sisters were between the ages of 15 and 25. The one constant in the "annual rite of passage" (as Nixon has called it) is the sisters' arrangement, from left to right: Heather, Mimi, Bebe and Laurie.

One of Nixon's most well-known works, the Museum of Modern Art in New York published the series as a book on its 25th anniversary. Nixon explained the story behind the photos for the museum:

"It didn't really get serious until the next year, the year of Laurie—the woman on the right's—college graduation. And that's when I took the second one, and kind of on a whim, said let's do it in the same order. So it was having two pictures in my hand, and the year space between them that gave me the idea that it would be really interesting to do it forever. And so I asked them if we could. And they all laughed at me and said sure.

We joke about it. But everybody knows that certainly my intention would be that we would go on forever no matter what. To just take three, and then two, and then one. The joke question is what happens if I go in the middle. I think we'll figure that out when the time comes.

Being an only child, it was really gratifying and lovely to be embraced by this family. There's still a ground water of affection, and support. I look back at these thirty-some pictures and it's like they're of my sisters. I can feel myself getting old with them. And I'm part of them; they're part of my love."

Rich in detail and feeling, it's awesome -- in the original conception of the word -- to see the Brown sisters move through decade after decade, growing ever more confident in their bond and bodies over the years.

"The Brown Sisters" photo series is a way more artistic execution of a popular photo trend we've seen pop up on the Internet recently. Families and friends are regularly gathering to recreate original photos from the past, like the Kinsella family in the slideshow below, or the group of friends who take the same photo every five years we covered in 2012. 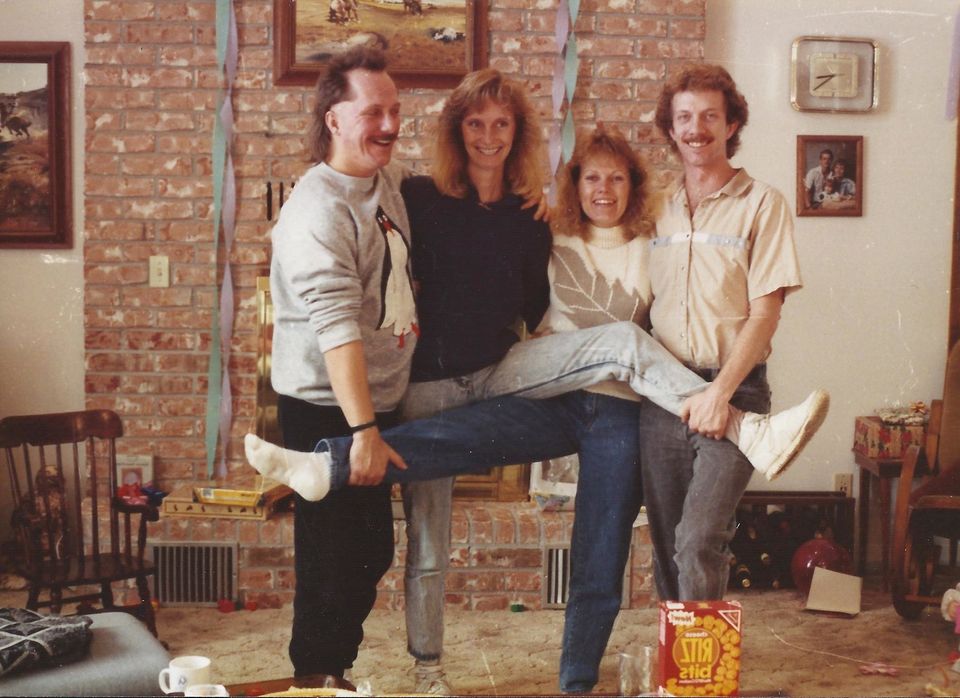 1 / 25
The Original, 1988
The original Kinsella family photo was shot in 1989. The four adult siblings take one every time they get together -- always in the same pose, assuming they remember it correctly (a few times, they didn't). From left, they are: Mike, Eileen, Sharyn and Tim.
Courtesy of Mike Kinsella