Nicholas Nixon was 26 years old when he began photographing the Brown sisters. It was August 1974, and he had been married to his wife Beverly (née Brown) for three years. Bebe, as she's known, posed with Laurie, Heather and Mimi during a family gathering, and though Nixon ended up discarding the negative, the four sisters huddled together again the next year. Nixon was satisfied with that shot. 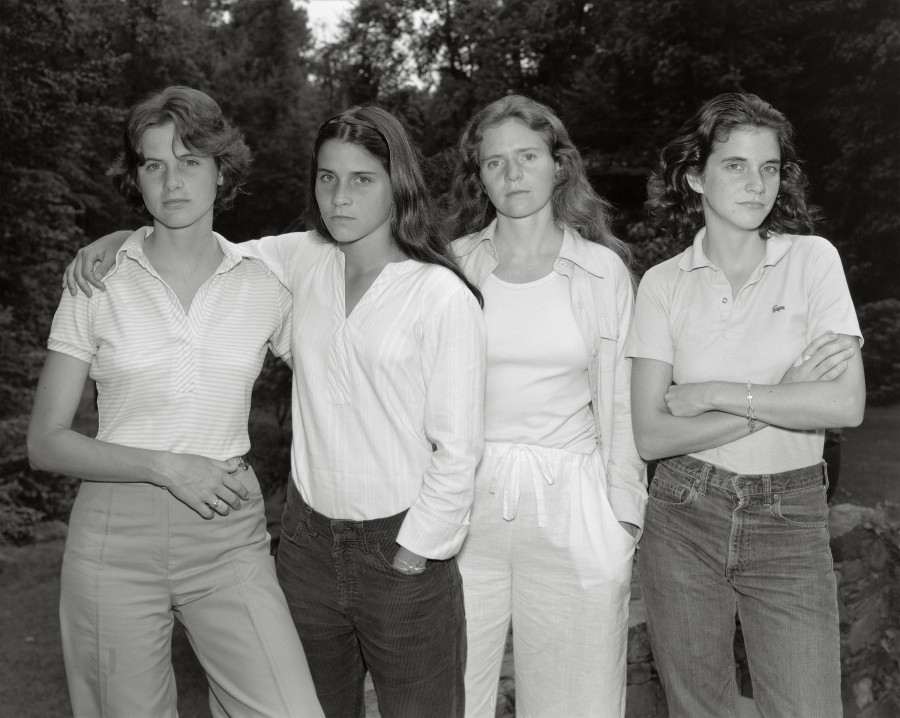 In July of 1975 the sisters were 25 (Bebe), 23 (Heather), 21 (Laurie) and 15 (Mimi). The year after that, when Laurie graduated from college, Nixon snapped a photo of the four women yet again. That image sparked an annual tradition, prompting the sisters to step in front of the camera every year -- in the same order -- in a powerful expression of time. 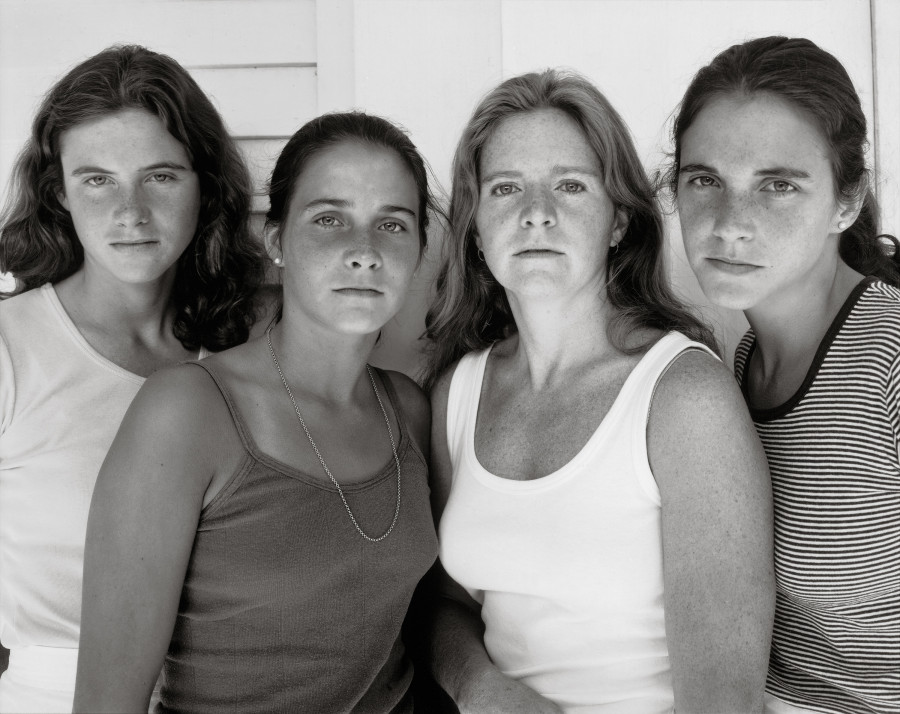 The sisters were tasked with agreeing on a single image to represent themselves each year. Nixon is mostly mum on the stories behind the frames. The first comment he ever gave on the series was impressively succinct: "The world is infinitely more interesting than any of my opinions about it." 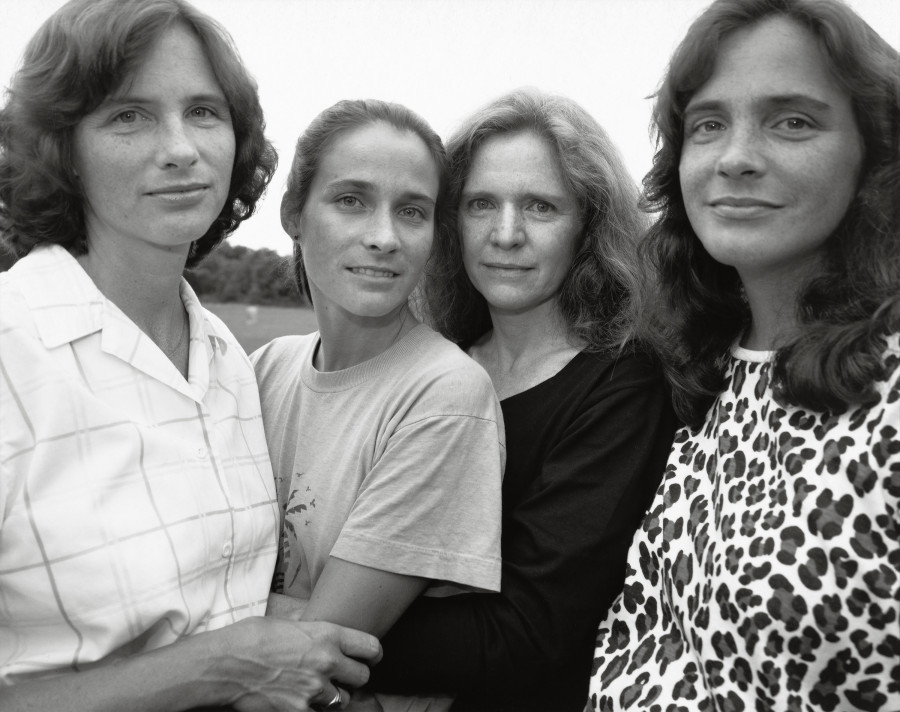 Detroit-born Nixon first showed his work at the Museum of Modern Art on July 22, 1976, two years into the project. The museum ended up presenting two of the Brown Sisters' portraits in that show, included amidst a series of landscape photos. Since then, MoMA has been collecting the series. "Nicholas Nixon: Forty Years of The Brown Sisters" is on view now until January 4, 2015. 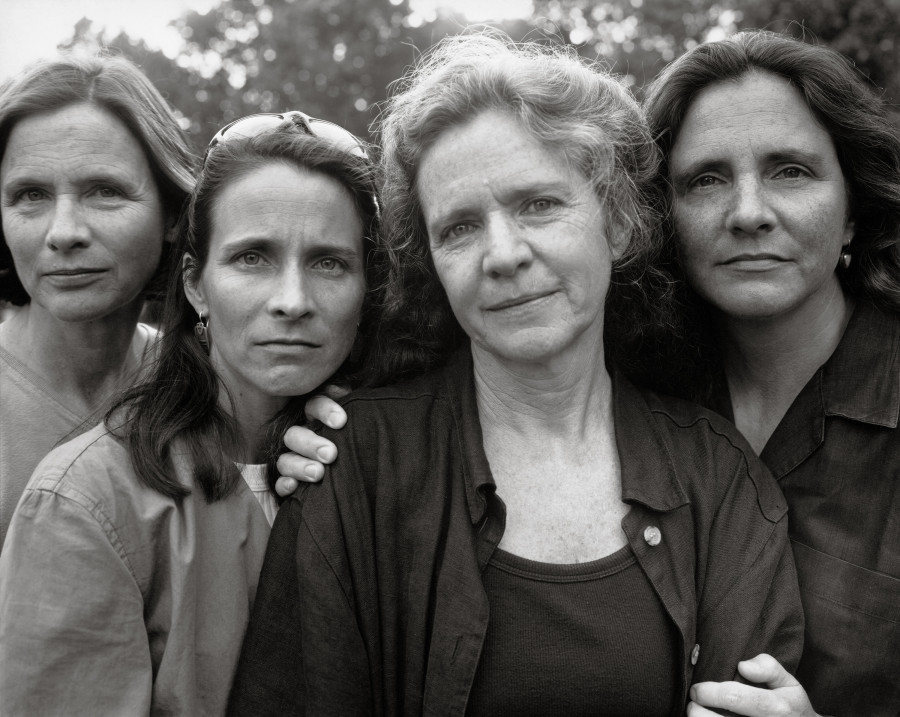 Moving from frame to frame, the viewer is able to witness the aging process of these four women -- sisters who make it a point to meet once a year to honor a tradition initiated four decades ago. Concepts of family and ritual weave in and out of the portraits, as the viewer attempts to guess what each smirk and embrace might mean. As their faces change, we can only imagine the bonds connecting Bebe, Heather, Laurie and Mimi strengthening and weakening, ebbing and flowing. For anyone with a sibling or two in their lives, Nixon's visual timeline oozes nostalgia and that concentrated desire to travel back in time. 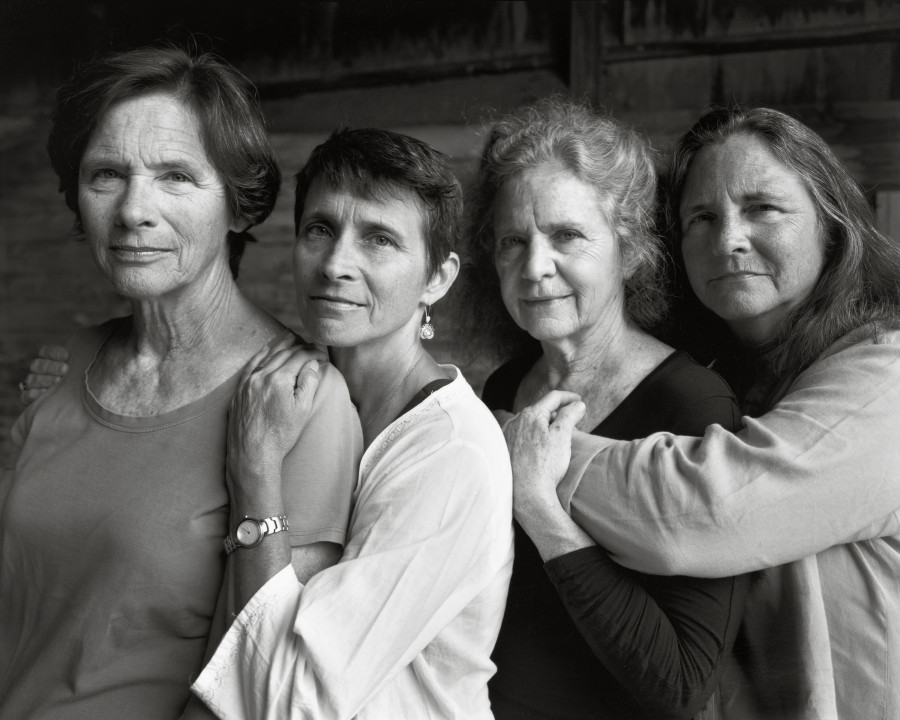 Nixon will be signing books at the MoMA Design and Book Store on Monday, December 8, in celebration of the publication The Brown Sisters: Forty Years and the lobby installation of all 40 portraits taken thus far. See a preview of the exhibition here. 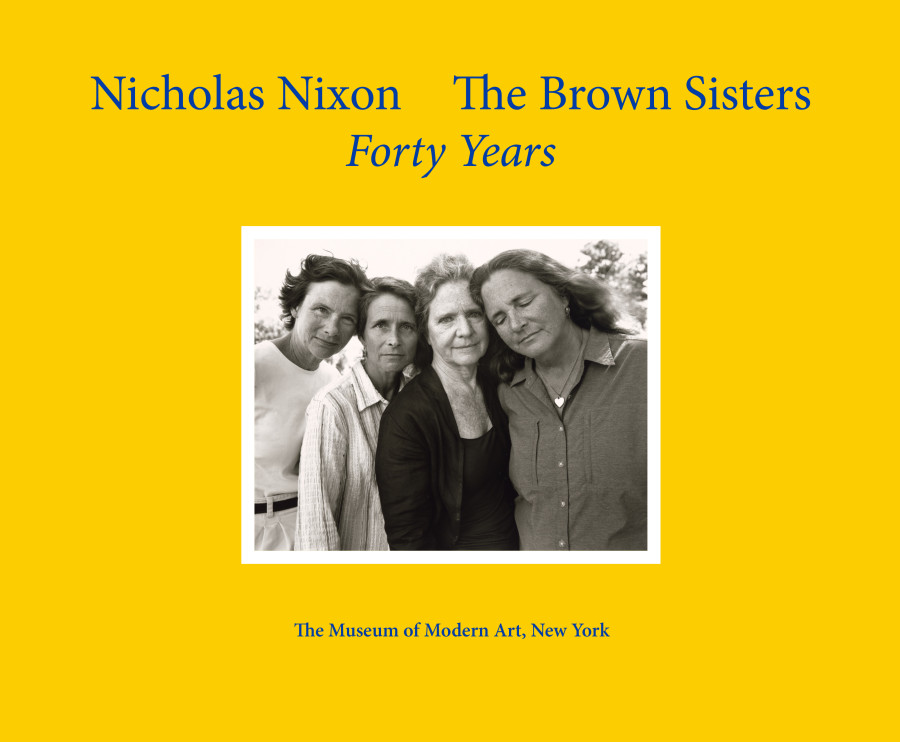 Cover of Nicholas Nixon: The Brown Sisters, Forty Years, published by The Museum of Modern Art, 2014

Every Year For 40 Years, These Sisters Gathered Together For A Photo
12 Illustrators You Should Know Right Now