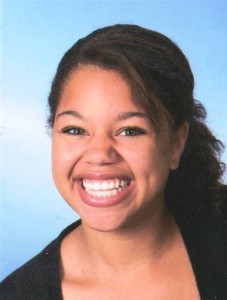 I was eight years old when I described to my mom the kind of college I wanted to attend. She said I was describing Brown, and the school has been my first choice ever since. I have not upheld most of the ideas I had at that age, nor all of mother's advice, for that matter. However, my feeling that Brown is the right place for me has only grown stronger. I was excited to attend summer at Brown in 2013 and devour the works of Martin Seligman in my Positive Psychology class. During those four weeks on campus, I experienced a strong sense of belonging. I felt the Brown spirit when I joined a counter-protest against the Westboro Baptist Church. The hateful messages from the protesters were disturbing, but the passion of the students displaying their support for gay rights was overwhelming. My passions and interests range from music to biology to politics and, as I learned at Brown, psychology. So the open curriculum is perfect for me. I am eager to participate in campus traditions like Spring Weekend and the midnight organ recital on Halloween and expect endless opportunities to express my values on social issues at Brown.

Why are you drawn to the area(s) of study you indicated in our Member Section, earlier in this application? If you are "undecided" or not sure which Brown concentrations match your interests, consider describing more generally the academic topics or modes of thought that engage you currently. (150 word limit)

Office hours, please! If I became a Brunonian, I would devote much of my first week to finding the office hours of the professors at the Watson Institute for International Studies. With faculty from a range of disciplines, the center is quintessentially Brown and a ripe place for my interest in international relations. I am attracted to the interdisciplinary nature of the concentration and to the mix of professors from Glenn Loury to Nitsan Chorev. I hope to take a class or go to one of Brown Visiting Fellow Timothy Edgar's lectures. His research on cyber conflict fascinates me, particularly given ISIS's recruitment of teenagers through social media and China's use of iCloud to monitor civilian activity. Though I have visited more than 18 countries in my 17 years and have taken classes in four languages, I long to expand my understanding of the world through my experiences at Brown.

Tell us where you have lived - and for how long - since you were born; whether you've always lived in the same place, or perhaps in a variety of places. (100 word limit)

I spent the first 15 years of my life taking for granted New York City's looming skyscrapers and seemingly ceaseless excitement. Although I lived in the same apartment and attended the same school for most of my childhood, my days were far from banal. From that constantly changing environment I received an unusual combination of stability and unpredictability.
Then, in August of 2012, my parents and I moved to a small city in Switzerland. Basel is quiet and predictable and as different from New York as a city can be. But I adapted, and now consider both places home.

Zoe Armstrong, a 2015 graduate of the International School of Basel, will be a freshman at Brown University in the Fall.