Before Diane Sawyer’s blockbuster interview with Bruce Jenner aired on ABC, she told George Stephanopoulos, “This is a family love story.”

Indeed, when the interview ran on Friday night, there was something different about the way 20/20 covered Jenner’s coming out as transgender. There was none of the sensationalism of Piers Morgan’s 2014 interview with trans activist and writer Janet Mock, whom Morgan insisted “was a boy until 18” and “formerly a man.” Mock took exception to the characterization on Twitter, firing back that she was born "a baby" and noting, "As I grew up, I discovered my girlhood, I discovered my womanhood, and I proclaimed and defined myself for myself."

Sawyer did not, as Katie Couric had, fixate on the status of Jenner’s genitals and pose invasive questions about gender confirmation surgery,* fueling the culture’s voyeuristic obsession with trans people’s bodies, as if to know someone’s anatomy is to know their soul. Nor did the ABC special go the route of The Daily Mirror, which dedicated an entire article to the topic, saying Jenner “reportedly plans to KEEP his penis at first” (the capitalization is theirs, of course). Instead, 20/20 tweeted that “genitals don’t equal gender” and featured Dr. Johanna Olson after the show to answer viewer questions.

The two-hour special also did not, as is so often the case, equate gender identity with sexual orientation like the New York Daily News’ Don Kaplan, who wrote that Jenner’s “sexuality has become public fodder” and “subject matter this personal should be kept more private.” Instead, 20/20 went out of its way to differentiate gender and sexuality, while also providing links to educational resources.

Furthermore, ABC did not, as Morgan and CNN did, assemble a panel of talking heads to pontificate about the transgender experience without including a single trans person.

Or exploit Jenner like The New York Daily News did when it published paparazzi photos on its front page of Jenner alongside the headlines “First look at the new Jenner” and “Bruce in a dress,” treating the mere image of a (then still alleged) trans person as a spectacle to gawk at and inviting readers to feel shock. CNN, it should be noted, also aired the photos.

What Diane Sawyer and ABC did do was give Jenner something transgender people are so often robbed of: the opportunity to define and speak for themselves. Sawyer treated Jenner with respect, kindness and empathy, going to great lengths to let Jenner tell his own story. 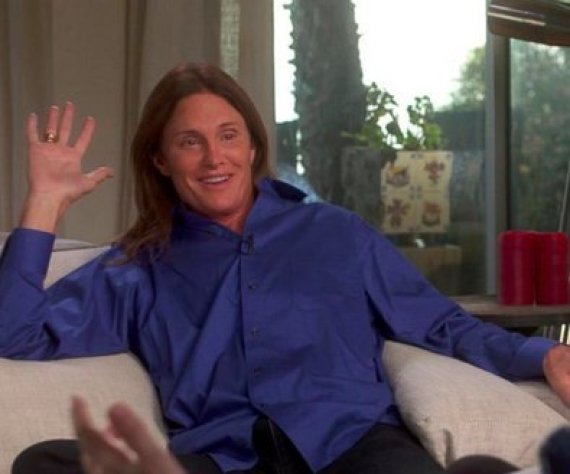 ABC's 20/20 provided important context at key moments, including several discussions about trans people and pronoun choice. And the show tackled the big-picture issues facing the community, including the high rate of suicide in the community and lack of anti-discrimination protections, which allow transgender people to be fired for their gender identity in 32 states.

But most important, Sawyer listened.

As journalists and editors, we like to think of ourselves as the storytellers -- gatekeepers entrusted with taking the world’s cacophony of images, ideas and events and piecing them together in ways that reveal greater truths. That’s part of it, sure. But the best journalists know that sometimes the most responsible way to tell a story is to get out of the way and let a person tell it themselves, especially when that person comes from a community that is all too often forgotten, ignored or erased. That is what ABC did yesterday, and it’s an example we in the media should follow.

This is not to say the interview was perfect. Some in the trans community found its approach didactic and patronizing. And as Fusion’s Kay Ulanday Barrett notes, Jenner’s announcement only provides a “limited portrayal of transgender lives; there isn’t one exceptional experience, but a plethora of pathways to be trans.”

Trans writer and activist Meredith Talusan also highlighted the fact that Jenner is in a position of privilege:

And 2. Not enough discussion of how not everyone can afford surgeries, clothes, etc. to rock it and be conventionally beautiful / fabulous.

For non-transgender journalists, covering these issues is tricky for a simple reason: We’re often ignorant. While some trans people have selflessly dedicated themselves to educating the rest of us, it is as much our duty to educate ourselves, for starters, by reading GLAAD's guide for journalists on covering the transgender community. And unlike Piers Morgan, who had Janet Mock on his show again a day after the original interview only to attack her for being offended, to be humble and eager to listen and learn when we mess up, which even those of us with the best intentions will do.

Finally, perhaps the most important thing to note about Diane Sawyer’s Bruce Jenner interview is that his story is only one of many, and that those of us in the media have a duty to highlight the diversity of the trans experience. We need to cede the stage to -- and help shine a light on -- trans people themselves, particularly those of color and those facing the most marginalization with the least visibility and resources, whose voices are most often silenced. By doing so, we can help bring about new understanding and awareness of what it means to be transgender and reveal how diverse and beautiful those experiences can be, one powerful story at a time.