Rod Stewart had arguably one of the best rock albums of the seventies with Every Picture Tells a Story. Mandolin Wind, Reason to Believe and, of course, Maggie Mae. Now Rod Stewart puts out albums filled with American standards and wears a tuxedo. I get it, people changes over the years, they evolve and they slow down. Not that I was ever a rock star, but I have grown to value the safety that comes with routine. My friend Phil (Blind Dog) challenged that routine the other day when he called and asked me what I was doing that night. The usual, I thought: dinner, exercise, T.V., scotch.

"I have an extra ticket for Springsteen tonight," he said.

My first response was "No, thanks." Why? Because that is always my first response. Fortunately, Phil did not take no for an answer. After much prodding on his part, I took the rest of the day off and headed home to change my clothes. Not sure what to wear, I flirted briefly with the idea to put on an old Stone Pony T-shirt, but decided that would have been hokey. We get it, you like Springsteen, you know where he's from. So I went with a non-descript blue shirt and left the house. What I didn't realize then was that I might have been the only person that did not wear anything branded "Bruce." A sea of concert shirts, old, new, and bootlegged, surrounded me at the stadium. That included a group of 30 people who wore black shirts with the single word BRUCE emblazed across their chests in nauseating bright yellow.

Forty-five minutes later Phil picked me up after I parked my car at the Cheesequake Rest Area on the New Jersey Parkway. We were on our way.

We arrived at the stadium and Phil impressed me with how quickly he set up our base camp. He pulled chairs and tents and tables and coolers out of the back of his SUV. His car was like the TARDIS-- it's bigger on the inside. In no time we had a beer in hand and food on the table. Shortly after that, a half dozen of Phil's neighbors joined us. Introductions were made and we drank and ate until it was time to go see the show.

We walked into METLIFE Stadium and quickly passed through the metal detectors (that was a change since my last concert) and headed toward our seats.

I should have thanked Phil at that moment for taking me to see God (no, not Bruce, actually God). Our seats were so high up I think I caught a glimpse of him just above the METLIFE sign. Do not take that as a complaint because what I witnessed next was the greatest concert I have ever attended. Springsteen sang for four hours, nonstop, no intermissions, no breaks. After expressing my admiration for such a feat Phil said, "Yeah, but Max Weinberg is playing the drums for the same four hours." I reminded Phil of what we used to say to our friend Dave, who also played the drums: "He's not a musician, he's a drummer."

I first saw Springsteen (sort of) in 1974 when I was down the shore with my brother Joe and his friend Tommy. They noticed two men who stood alone, ankle deep in the water, as they just stared at the waves. One was a huge black man and the other a scrawny little white guy with long hair. Tommy starts singing to himself, "Rosalita, jump a little higher, Senorita, come sit by my fire." Apparently, they were very excited to see these two guys. Me? I had no idea who they were.

In the '70s, my musical taste was influenced by the songs that seeped into my room from whatever my brother or sister played on their stereos. Therefore, I was better prepared for the next time I encountered that scrawny little white guy with the long hair.

In 1977 I saw Springsteen in Philadelphia. He played for four hours, ran all over the stage, and periodically scurried up the stacked amps with ease and then jumped back down to earth. He told stories about growing up in Jersey and we cheered like idiots when he mentioned Route 9. I lost my voice for three days after the concert. I had screamed that much.

Some 40 years later Springsteen still performs for four hours while my biggest concern at the concert was wondering how many times I would have to get up and go to the bathroom.

Apparently, the only thing that changed over 40 years was me.

This 2016 show was simply incredible. I haven't been to a big concert since I saw Springsteen in 1999, but this last show puts even that one to shame. Springsteen will be 67 years old this year and he bounced around the stage like a kitten on crack. I'm 57 and was winded climbing the stadium steps to get to my seat.

And I have to admit I did tear-up when Springsteen sang Tenth Avenue Freeze Out and a big silhouette of the big black guy and scrawny little white guy filled the stage when he sang, "...and the big man joined the band."

The show ended with Jersey Girl during which he called a young couple up on stage when he noticed the man had proposed to his girlfriend.

My only real concern that night was about where I left my car. The New Jersey rest stop where I parked had a two-hour tow away parking limit of which I was heading into my ninth hour.

"The car will be there," Phil said as we neared the rest stop. "You worry too much."

Which of course only made me worry that Phil really doesn't know me at all.

But the perfect game continued and my car was right where I left it.

The next day I told my friend Boots what a great night I had.

I had attended a record-breaking Springsteen concert, hung out with my good friend, and my car had not been towed where by all accounts it should have been. If I had met a woman on top of all that, it would have thrown the universe completely out of balance. Who knew what horrible fate would have awaited me to get it balanced again.

For now, we'll just stick with great music, friends and a car.

I guess some things never change. 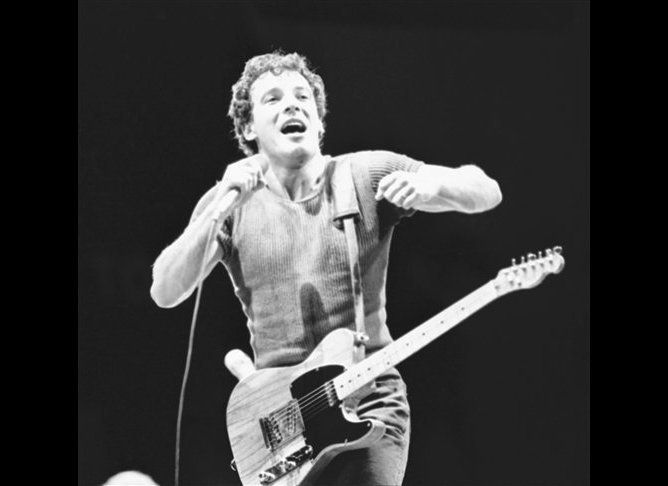