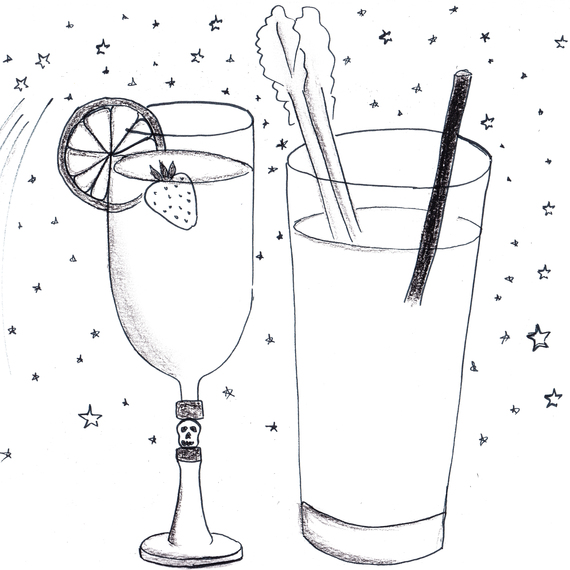 Brunch arose from relatively humble beginnings--a simple family meal eaten on Sundays, oftentimes after church. For brunch as it is commonly known today, certain aspects were retained--comfort food such as bacon and eggs eaten on weekends. But a lot more has changed.

The rosy, wholesome family association has largely faded to give rise to new brunch metropolises and with that, a new identity as hangover food consumed by urban millennials.

Kae Burke, co-founder of Brooklyn-based House of Yes, an arts community and space that offers brunch, said that brunch has skyrocketed in popularity in the past 10 years.

But brunch is more complex than the perfectly-plated Eggs Benedict and colorful cocktails captured on an iPhone and posted to Instagram. Brunch reflects larger cultural and economic trends in the United States.

"You could see a lot of younger folks entering the restaurants mid-morning on Saturdays or Sundays, then you just start catering to them, figuring out what sorts of things bring them in," Just said. "[For] families with children, mid-morning meals aren't something you can engage in very often. If you think of religious families, they're probably disappearing on Saturdays and Sundays from restaurants."

Young people want to kick back, relax and socialize, according to Just. Derek Thompson said in a video for The Atlantic, "In boozy brunch, mimosas are kind of like the hook that make you a profitable customer later on when you eat at the restaurant again and again and recommend it to your friends." Mimosas are the most-demanded drink at Plow, a San Francisco breakfast and lunch restaurant. "I would say a vast majority of people who go for breakfast want mimosas," said Joel Bleskacek, co-owner of Plow. "For some reason that's ingrained into popular culture that mimosas are what you have."

Alcohol has joined bacon and eggs as a brunch staple, with restaurants clamoring to offer bottomless cocktail deals to reel in customers. According to Just, 20 years ago, the brunch foods and alcohol combination would have been "bizarre." Now, bottomless cocktail deals are commonplace, as many restaurants stand to profit greatly from offering a service consumers may not take full advantage of, according to Just.

According to social media data collected through analytics firm Crimson Hexagon, "boozy brunch" is predominantly a trend in large cities such as New York City and college towns such as State College, home to Pennsylvania State University. Additionally, social media data shows that the social aspect of brunch is more important to a younger population--76 percent of people discussing "brunch squad" are under 25-years-old, according to Crimson.

Despite the booming popularity of brunching with friends, brunching with family after church hasn't completely disappeared. In many Midwestern and Southern states, "church brunch" is very much alive and well, according to social media data collected through Crimson. And it is not just the older population that is talking about church brunch. 54 percent of the church brunch conversation is generated by people 18 to 24-years-old.

Just said that millennials in the Midwest face a different set of problems from millennials living on the East and West Coasts. With different problems come different coping mechanisms.

"A lot of the issues that face millennials in big cities really aren't there in the Midwest and in other areas in the country. In terms of the types of employment, in terms of the types of opportunities that are available to them to socialize," Just said. "[In] New York City, it's really super expensive to get an apartment. Job markets are tight and people are sort of pulling together socially in a way to cope with that sort of a market. If you're looking in the Midwest, housing's still relatively cheap and while the job market isn't great, there are reasonable ways to get by. I don't think the lifestyle of younger people in those areas has changed as much. You see that in how they access restaurants and what restaurants are popular."

Plow is located in an architecture studio in Potrero Hill, a quiet neighborhood in San Francisco. "For Plow it's [the space] incredible--it has huge windows, tall ceilings, very open, lots of natural light, it's almost kind of pastoral, it feels very calm," Bleskacek said.

While millennials may not have more disposable income than older generations, they are driving brunch innovation, Just said. In many cases, time and desire are more important factors than income.

"The younger folks have been driving these trends because their lifestyle, the opportunities they have, all of those things are very different from the young people before them. They face a very different job market, very different income profile, very different sorts of opportunities...What previous generations were using their money for probably looked very different. You go to movies or social events like that, these guys are heading out to brunch." Just said. "For older folks, they've had their habits for a long, long time and it's not necessarily worth chasing after them for more dollars. Young people have dollars that can be chased and they're developing their habits and their trends and that's why they tend to be where innovation happens." 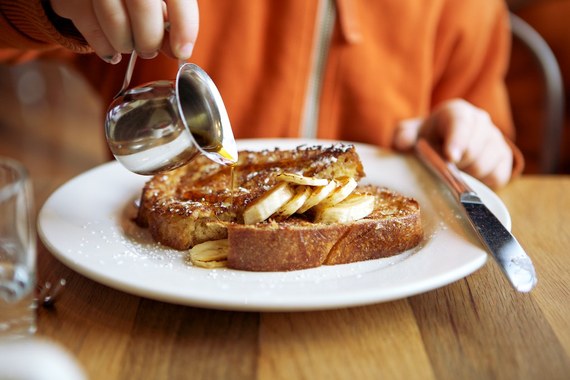 Food is served at Plow. Photo courtesy of Plow.

"Most people think of $3.99 big plate of greasy eggs and soggy hashbrowns," Bleskacek said. "I spend a tremendous amount of time at the farmers' market especially during the summer. This week's fruit is not last week's fruit so we're picking up stone fruit that's going to be ready to serve that day or the next few days as opposed to ordering it from a third party where who knows how ripe or good the fruit could be?"

Bleskacek said that while it is costlier to use fresh ingredients, by doing so, Plow supports local farms and its staff. Plow also offers Chinese breakfast, inspired by Plow co-owner Maxine Siu's childhood growing up eating foods such as steamed rice and braised pork.

For House of Yes, they've been infusing Middle East cuisine into brunch offerings. "We have a lot of cool items from the Middle East. The shakshuka is amazing. It's eggs baked into tomato sauce. We have latkes with eggs on top [and] a Bloody Mary spiced with harissa," Burke said.

There are few signs that point to brunch dying down in the near future. While the 2016 U.S. Presidential Election has many rethinking consumerism, Just said that the election's impact on brunch remains unknown.

"I'm skeptical it will have much of an impact. Political views that shift along those sorts of lines tend to stop right at the boundary of the practical implications in one's life. Brunch popped up as an easy way to socialize, a practical experience."

According to Burke, who has been throwing themed brunch parties for House of Yes since it started offering brunch, brunch will become more social in 2017. "More brunches are going to turn into brunch parties. Brunch parties that have more music and dancing, theme-based, DJs and costumes. Brunch celebrations and day parties becoming more popular," Burke said.

In contrast to House of Yes' avant-garde approach to brunch, Plow is taking a quieter route. "We don't want to reinvent the wheel. We want to keep people happy, we want to keep the quality of food consistent," Bleskacek said. But like House of Yes, Plow understands that at the core of brunch is its ability to bring people together.

"It's very communal," Bleskacek said. "People hang outside, they talk, it's a good time where people can put down their screens and actually have a conversation."