With an intoxicating performance of “Drunk In Love,” Beyoncé and Jay Z fired up the 2014 Grammys on Sunday night. The power couple’s steamy duet opened the main event but the rest of the evening also had its share of Latin stars grace the stage.

While some Latino artists received their golden gramophones in the Grammys pre-telecast event, the live award ceremony was graced by Bruno Mars, Marc Anthony, and other stars that helped make music’s biggest night a success.

Juanes was the first Latino star to set foot on the Grammy stage. Accompanied by actress Anna Faris and dressed in a sharp black suit, the Colombian singer greeted the audience with a “buenas noches” and presented the award for Best Pop Duo or Group Performance to Daft Punk, Pharrel and Nile Roberts for their hit song “Get Lucky.”

The Los Angeles Staples Center’s stage continued to light up with performers and winners, with a powerful Latin duo making an appearance to present the nominees for the Best Pop Vocal Album.

Dressed in a bright red gown, Gloria Estefan joined forces with salsa superstar Marc Anthony to give the golden gramophone to half-Puerto Rican singer Bruno Mars for “Unorthodox Jukebox.” Amid the excitement, Marc and Bruno exchanged some salsa steps before the “Locked Out Of Heaven” singer accepted the award.

"Ma, I know you're watching. I hope you're smiling. I love you very much," Mars said holding the award in the air. The singer’s mother unexpectedly passed away last year.

Mars' mother wasn’t the only one remembered last night. During the Grammys In Memoriam tribute, Latino stars such as renowned Cuban pianist Bebo Valdés and Spanish film legend Sara Montiel were also honored.

Check out Latino artists and more on the 2014 Grammys red carpet below.

PHOTO GALLERY
Latino And More On The 2014 Grammy Red Carpet
Download
Calling all HuffPost superfans!
Sign up for membership to become a founding member and help shape HuffPost's next chapter
Join HuffPost
Voting Made Easy
Register to vote and apply for an absentee ballot today
Register now 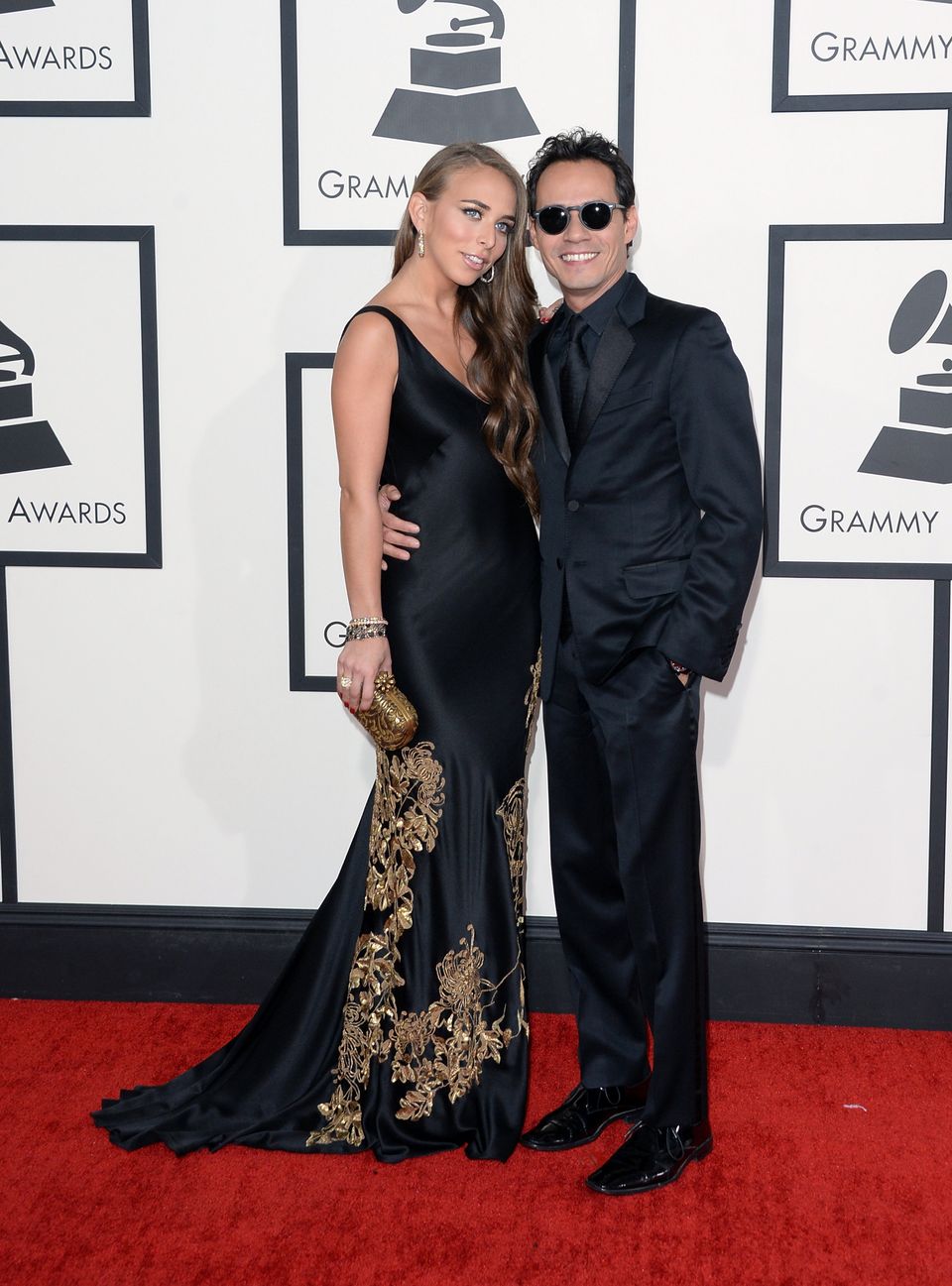