Thursday, May 29, Bryan Cranston stopped by CNN and decided to blow up the Internet. When asked point blank if Walter White was dead, Cranston answered, "I don't know," and when it came to the possibility of a "Breaking Bad" movie, he replied," Never say never."

With that, Twitter went on an emotional roller coaster, which we've broken down into 10 stages of acceptance.

With him as a zombie? “@ComplexMag: Bryan Cranston said in an interview that there may be more "Breaking Bad" ahead. http://t.co/NdVchRbLCl”

if walter white ain't dead, then PROVE TO ME Tony Soprano died. http://t.co/haEAn8eIud

http://t.co/wXl79QJOvt BRYAN I WILL HIT YOU, STOP IT. STOP TEASING.

I'm hoping Bryan Cranston was just misquoted or winding up the journalists.

I'm going to assume Cranston was just throwing the reporters a bone, hoping they would stop asking him Breaking Bad questions for a while.

NO NO WTF IS THIS!!??YOU BREAK MY HEART BY ENDING THE SHOW AND NO YOU"RE TRYNA SAY "Oh there MIGHT be more?" HELL NAHhttp://t.co/lxZsAUDCmB

Bryan Cranston hinted that Walter White might not be dead, and if that's true I swear I will engineer a virus to wipe out all nerds. 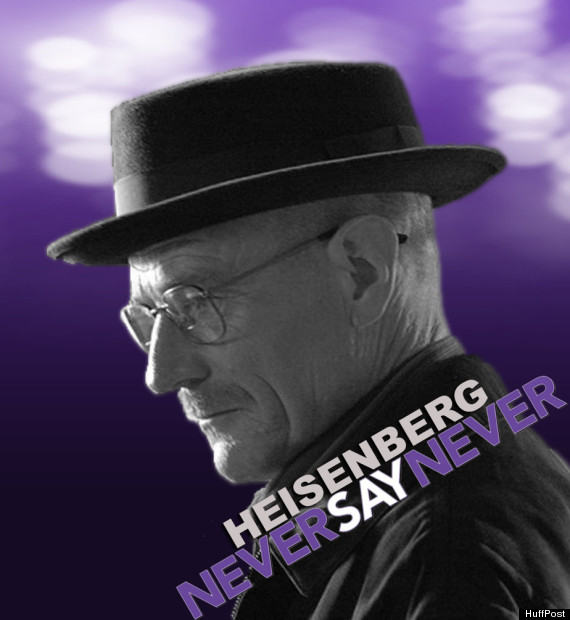