For many, Pope Francis' meeting with Kim Davis, the Kentucky clerk who has defiantly refused to issue same-sex marriage licenses, soured what had been an otherwise history-making papal visit to the U.S.

That isn't the case for Bryan Fischer, who opted to use the controversy over the pope's encounter with Davis to once again blast the lesbian, gay, bisexual and transgender (LGBT) community.

The conservative radio host and former director of issues analysis at the American Family Association resurrected his favorite barb ("Big Gay") while discussing the pope and Davis on his "Focal Point" show late last week, Right Wing Watch first reported. Fischer suggested the Vatican's efforts to distance themselves from Davis was evidence of the growing influence of LGBT rights advocates, whom he likened to Nazis.

Fischer, of course, is no stranger to anti-LGBT declarations. Earlier this year, he co-opted Lady Gaga's pro-equality mantra for his own, anti-gay argument, claiming that the only justification in identifying as a Christian (and hence opposed to same-sex marriage) in today's society was that he was "born this way."

The Nazi analogy is getting tired, Bryan. If you're going to make the case for homophobia, at least entertain us with some new imagery. Yawn! 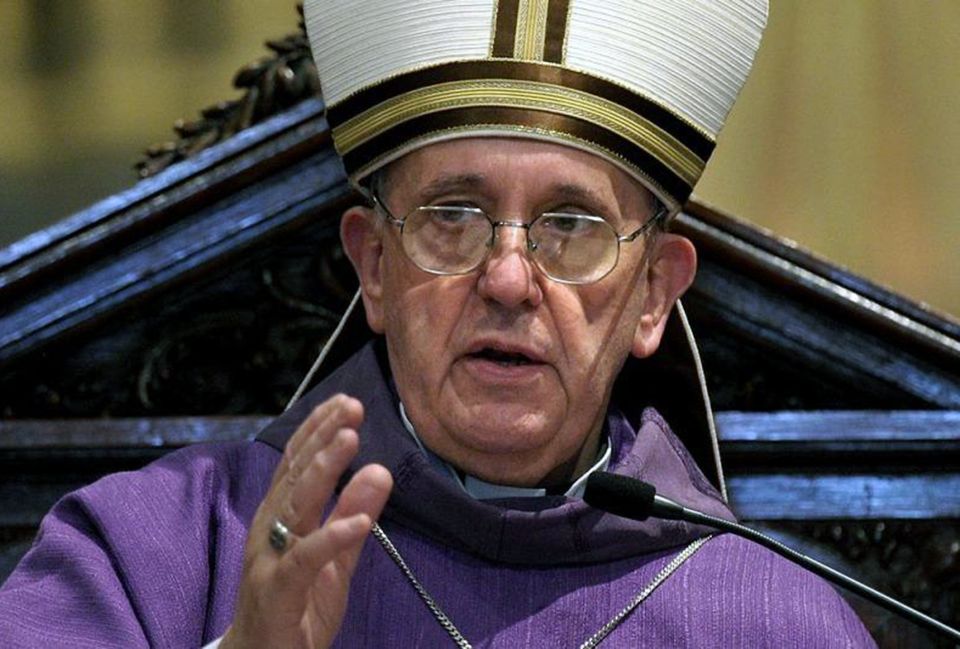