For the first time in TV history, horror on the small screen rivals (and often surpasses) big screen horror in terms of acting, story, cinematography -- and viewers. 2014 finds American television in a coming of age for horror series: The Walking Dead, American Horror Story, Bates Motel, Grimm, Dracula, Salem and the most chilling, and stunning of them all, Hannibal (Fridays 10pm, NBC) chronicling the pre-Silence Of The Lambs life and times of Dr. Hannibal Lecter. Hannibal is executive produced by Bryan Fuller, the same visionary who trick or treated us a few Halloweens ago with Mockingbird Lane, a beautiful, gruesome re-imagining of The Munsters -- as well as the most original network series of the past decade, Pushing Daisies.

I had a blast chatting all things horror with Fuller as he wrapped the second season of NBC's Hannibal (finale slated for Friday, May 23).

Xaque Gruber: What was your earliest memory of horror?

Bryan Fuller: Probably The Munsters (laughs). Looking back, it's funny how the lighter family-friendly version of these classic Universal movie monsters that were satirized in The Munsters seduced me like a gateway drug into the genre. In junior high I read a lot of Stephen King, whose Americana approach to writing was often about "the terror next door" and at the same time I was reading a lot of Clive Barker, who was on the other end of the horror pendulum: insidious and disturbingly psychological. I found it fascinating how these two authors came at horror from two totally different perspectives.

XG: Were you into Fangoria magazine?

BF: I've been subscribing since seventh grade! I'd love to be a guest editor and take over Fangoria magazine for a month.

XG: Fangoria, are you listening? It's rare to see horror represented at the Oscars, and sweep the way Silence of the Lambs did. Why doesn't horror get the respect like other fiction genres?

BF: The definition of horror is pretty broad. What causes us "horror" is actually a many splendored thing (laughs). It can be hard to make horror accessible, and that's what I think Silence of the Lambs did so brilliantly -- it was an accessible horror story, the villain was a monster, and the protagonist was pure of heart and upstanding so it had all of these great iconographic elements of classic storytelling. It was perceived less as a horror movie than an effective thriller, but make no mistake, it was a horror movie and was sort of sneaky that way. I think accessibility is what often denies horror its deserved attention. So it all depends on the execution and whether mainstream audiences can accept it. 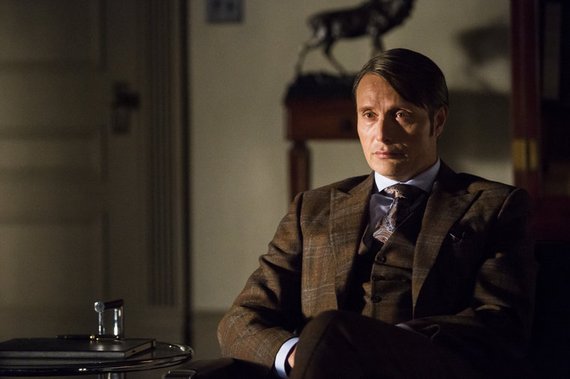 XG: Speaking of mainstream audiences, my mother, a 60-something, Catholic, conservative, homemaker from the heartland, is the biggest Fannibal I know. Are you surprised by who is a Fannibal out there?

BF: Absolutely. Initially I thought it would be a male Fangoria audience, and then realized there is this huge bastion of highly literary women who are witty, smart and can navigate the tone of the show and have fun with the fandom.

XG: And there's a lot of humor actually.

BF: I consider Hannibal a very very very dark comedy, and that's my coping mechanism because I have to see it as absurdist dark humor on one level, and on another level, an emotional story about male friendships. 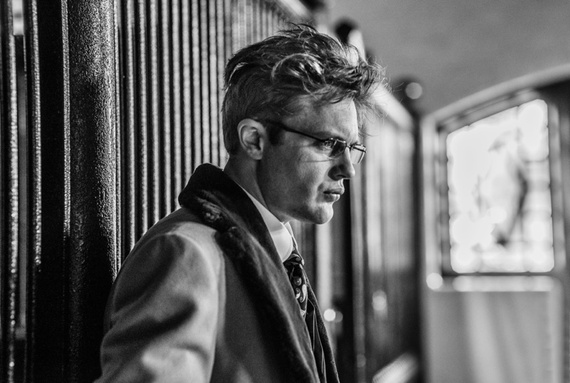 XG: So I asked my mom if she has a question for you, and she's all worked up about this: Why wouldn't anyone listen to Will Graham (Hugh Dancy) who kept saying "Hannibal did it." Nobody listened to him except the Asian girl who got killed.

BF: (laughs) Everything was so designed by Hannibal to break down Will in the first season, until Will's sanity became questionable. It's so much easier to believe that somebody losing their mind is capable of terrible things than it is to consider Frasier Crane, a charming, fun doctor who invites you to dinner. If you put those two in a police lineup, you're going to pick the guy who's melting down. That's the fun of the show: The audience knows who Hannibal is from the get-go, but from the character's perspective, he's Frasier Crane.

XG: Okay that's what I'll tell my Mom. (Bryan laughs) So now for some rapid-fire horror questions... Would Dr. Hannibal Lecter and Grandpa from Mockingbird Lane be good friends? 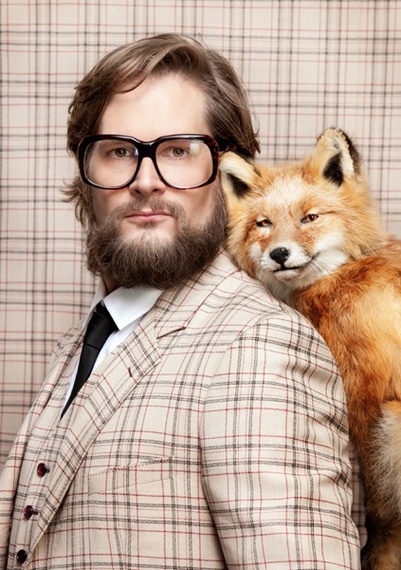 XG: In what horror movie setting would Dr. Lecter fare better: The Shining's Overlook Hotel or the spacecraft from Alien?

BF: He'd have more sustenance on the spacecraft from Alien because there are more people to eat. I think he'd get hungry after a while in the Overlook -- I can't imagine him eating canned food.

BF: Oh, that's really tough! Because I love both of those sequels, but I am going to go with Friday the 13th Part 2 because the storytelling had extra layers for the Ginny character played by Amy Steel, who is a child psychiatrist training young people to be summer camp counselors. There was something so smart about having Ginny understand Jason Voorhees as a damaged child first even though he is a vicious killer. Amy Steel is also wonderful in April Fools Day, another great '80s horror movie. But I do love Halloween 2; I love it dearly.

BF: Halloween 3. If I were to remake a movie, I'd love to remake Halloween 3 Season of the Witch because even though it's a very flawed film, at its core is a brilliant idea: An evil toymaker is set to kill all the children of the world on Halloween night -- and I think that's absolutely fantastic. So whoever has the rights can give me a call.

XG: You heard it here, folks! Let's make that happen! Next question, what's your favorite story in Creepshow (1982)?

BF: Oh God, that's a good question! I watch it fairly regularly because it's an all time favorite. There's something very close to my heart about Father's Day. Gillian Anderson's character in Hannibal is Bedelia Du Maurier named after Bedelia in Father's Day. Something to Tide You Over is very emotional and scary. The Crate is fantastic -- you have this very complicated story of a man in a loveless marriage who finds this beast in a box, and he's been threatening to let his own beast out of the box. I'd say it's a three way tie: Father's Day, The Crate and Something to Tide You Over. Creepshow is the best horror anthology feature I've ever seen.

XG: When you were in high school, who would you have been better friends with: Damien Thorn (The Omen), Carrie White (Carrie) or Annie Brackett (Halloween)?

BF: Hmmmm... probably Damien Thorn (laughs). He was a smart kid, and had an attitude and I could see being pals with him, but I wouldn't want him to take me out to the forest and give me an aneurysm. And even though I'd admire Annie Brackett's chutzpah, she would've been too cool for me. Carrie White, I would've been very nice to because we actually had a male version of Carrie White in my high school -- a painfully shy young man who was sort of albino -- my heart went out to him many a time. Actually I wanted for my Catholic confirmation name to be Damien, but my mother wouldn't let me.

XG: So with Mother's Day just around the corner, and all this talk of Moms -- what horror matriarch would you rather have as a mom, Mrs. Voorhees (Friday the 13th) or Mrs. Bates (Psycho)?

BF: Mrs. Bates seems like a mean Mommy and Mrs. Voorhees seems like a nice Mommy until you mess with her kid, and then she's a mean Mommy. I mean ultimately Norman killed Mrs. Bates because she was such a pain in the ass. And then you have Mrs, Voorhees who kills for her child. So I'd rather have Mrs. Pamela Voorhees.

Check out Hannibal Friday nights on NBC at 10pm/9pm Central. Season One is available on DVD.