On March 30, 1995, Bryan Lewis Saunders embarked on an art project that he planned to continue for the rest of his life -- to create a new self-portrait every single day. Intrigued by how our environments can shape our self-perception, the artist has created thousands of portraits since he began his project. (Today's self-portrait will be number 8,630.)

Each portrait captures Saunders' most intimate of feelings about the world in relation to himself. "Like fingerprints, snowflakes, and DNA they are all different, no two are the same," he writes on his website. He has organized his portraits into various series reflecting his mental states at the time, touching on everything from anxiety to love.

We found the series "Drugs," the most intriguing of all. In it, Saunders took a different narcotic everyday and drew himself under the influence of the particular substance. He dosed himself with just about everything imaginable, from huffing lighter fluid to taking psychedelic mushrooms -- there was nothing he wouldn't try. The artist admitted to Fast Company, "I think drugs make me look really ugly."

The portraits are something of a spectacle -- ranging from the most vivid and kaleidoscopic to the most mind-numbing and vicious depictions of the self. For Saunders, however, the entire experience has been truly rewarding. "It's a lot like self-therapy. A lot of stress purging. And it makes the world easier to deal with on a day to day level," he told The Huffington Post in an email.

As Saunders traces the ever-changing shifts and flows of self perception in his self-portraits we are left to wonder, who do we see ourselves as from day to day? What happens to the self as we progress through time? And is there even a true self to depict? What do you think, readers?

Take a look through the slideshow below to see images from Saunders' drug series and check out the video above that documents some 3,000 of his self-portraits so far. 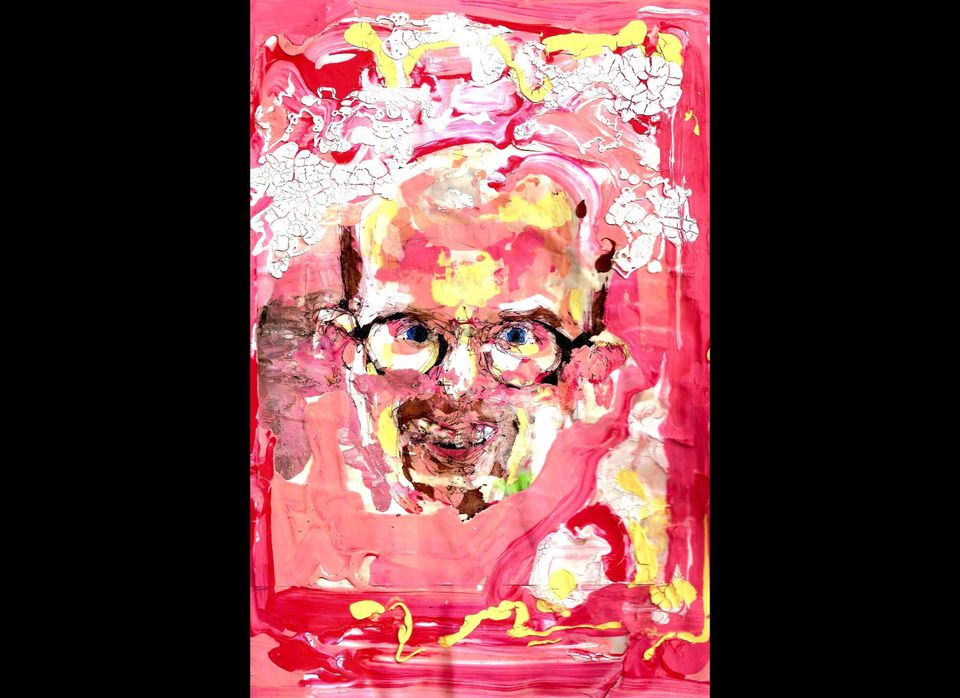