How do you beat a guy who sunk the first-ever double eagle "albatross" on the second hole at Augusta National? First, you tie him up with four straight birdies coming down the back nine to force a playoff. Then you keep level after one playoff hole. And then?

You fire your tee shot far right into the pine needles and straw beneath a stand of trees. What? That doesn't sound right. But, thanks to an incredible hook shot -- and a wayward tee shot by opponent Louis Oosthuizen -- that's exactly what happened.

Standing amidst the gallery and the trees along while playing the 10th hole, Watson dreamed and executed an audacious shot to put him in fine position to putt for the victory.

"I had no idea where he was," Oosthuizen said of the memorable shot. "Where I stood from, when the ball came out, it looked like a curve ball. Unbelievable shot. That shot he hit definitely won him the tournament."

After emerging from the trees and the exuberant crowd, Watson was able to two putt his way into a green jacket. Following his emotional celebration at the 10th hole, Watson credited his earlier visit to that part of Augusta for the ambition to attempt such a shot.

"I was there earlier today, during regulation," Watson said. "So I was used to it. I knew what I was facing there. I had a good lie, had a gap where I had to hook it 40 yards or something. I'm pretty good at hooking it."

Pretty good? Hardly. This hook shot will be remembered as long as any ever taken by Kareem.

Bubba Watson Wins 2012 Masters Thanks To Miracle Shot During Playoff (VIDEO)
MASTERS 2012: Round 4 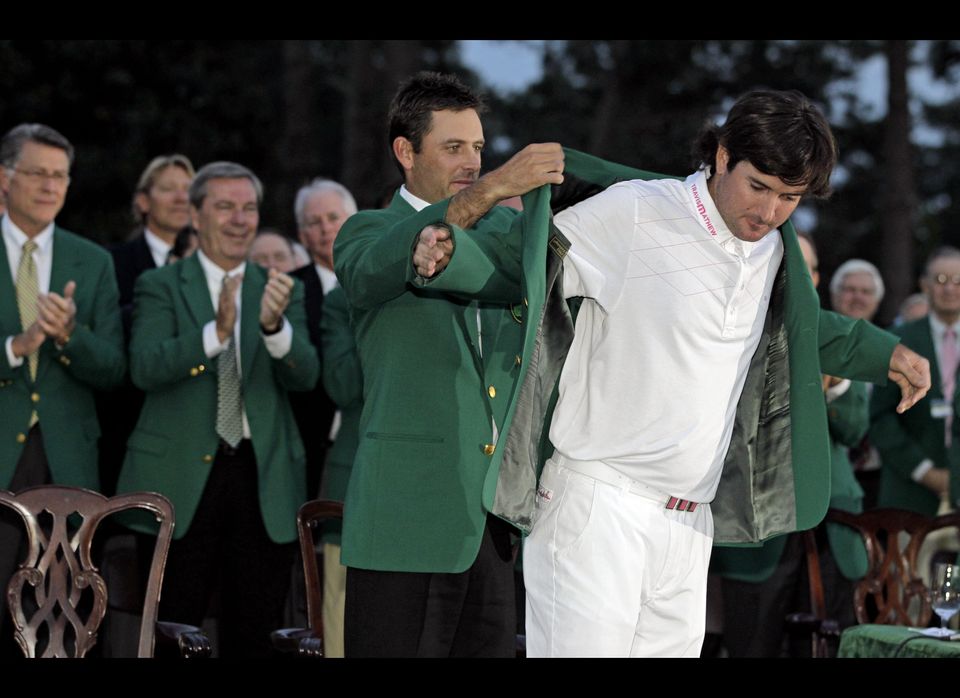