Some might say that since Kate Middleton arrived, Buckingham Palace has been a veritable fashion runway. But it's about to actually become a runway when a new art exhibit, "Fine Style: The Art of Tudor and Stuart Fashion" kicks off at Buckingham Palace's Royal Collection in May 2013.

The Telegraph reports that "Fine Style" will stage a live runway show featuring designs inspired by royal couture done by local fashion students. Over 100 second- and third-year students of Costume Design and Interpretation at the Wimbledon College of Art will take part, and their creations with be based on the 60+ paintings and 20 miniatures included in the "Fine Style" exhibition.

Although "Fine Style" opens in May, the runway show will be staged in July to coincide with the Coronation Festival and is "expected to be attended by royal guests," the Telegraph reports. (With Kate Middleton due in late spring, might we see the duchess with a bouncing royal baby on her knee in the front row??)

The runway show will be an exclusive sorta thing (princes and princesses will be there, for gosh sake), but the art exhibit is open to the public and sounds awesome: there will be paintings showcasing the elaborate fashions of former royals plus actual clothing and jewelry worn during the era. There will even be undergarments (yep, royal undies) and all those fun corset-like things.

This is all too exciting to take. If you're impatient, relive another royal fashion moment: when Queen Elizabeth II and the Duchess of Cambridge sat front row at a special fashion show back in March. Here's hoping they repeat the joint appearance in July.

UPDATE, 3/14/13: Looks like it's not just one runway show but rather twenty. Event organiser Media 10 has confirmed that there will be five "catwalk shows" staged on each day of the four-day Coronation Festival. Each will be held outside in the Buckingham Palace Gardens. Below, see photos of the planned catwalk! 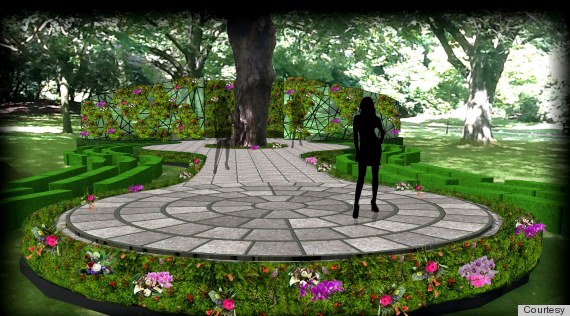 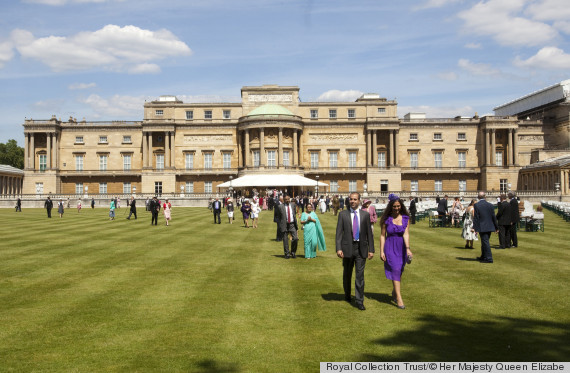 Oh, then there was that other (pre)royal fashion show...