Stephen Batchelor does not look like a man at the center of a storm. But the calm, bespectacled 57-year-old Englishman is in the eye of a hurricane of controversy taking place in the global community of Buddhism.

Batchelor is a former monk in both the Tibetan Geluk and Korean Zen traditions, and a noted scholar and translator of canonical texts. His original writing first began making serious cultural waves with 1998's Buddhism Without Beliefs, which posited a radical new "existential, therapeutic and liberating agnosticism"--one which rejected the belief in reincarnation and karma, and proposed a secular approach grounded in meditation and mindfulness, along with a historical understanding of the Buddha, achieved through a modern lens. 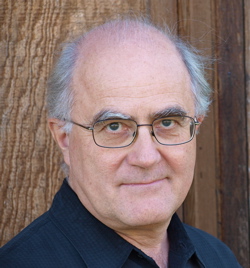 The book quickly became a key read for non-denominational Buddhists. For this "educated laity," Batchelor writes, "the traditional practices of Buddhism appeared uncritically devout, simplistic and superstitious. Instead, they were looking for a coherent and rigorous philosophy of life, coupled with a meditative practice that made an actual difference in their lives here and now, not a set of consoling beliefs and aspirations that promised rewards in a hypothetical future existence."

The book caught fire with liberal thinkers, but it produced a firestorm of denunciation from many monks and lay practitioners who sniffed that Batchelor was an "angry materialist," "dishonest and arrogant," who was guilty of "misleading" the masses with his "watered-down," "tampered-with" theories and "nihilistic dogma and fluff."

Since then, Batchelor--who lives in the south of France with his wife Martine, whom he met while both were monks in Korea--has hardly backed down. Indeed, his latest work, Confession of a Buddhist Atheist, trades in the mere agnosticism of its predecessor for a nuanced atheism--it even boasts a back cover blurb from atheist champion Christopher "God Is Not Great" Hitchens. The book decries what Batchelor perceives as the supernatural clutter in Tibetan Buddhism, and it possesses an anti-authoritarian streak that Batchelor argues is wholly in line with the Buddha's teachings on self-reliance. But there's little in Confession's rich combination of personal memoir, historical exegesis and Buddhist primer that seems to warrant the degree of negative reactions it has inspired--among the most heated of which is that he has "tampered" with scripture for his own ends.

"I am aware that I'm interpreting and, perhaps in that sense, 'tampering' with the materials," he shrugs, "but I would argue that that's always been the case. Every Buddhist tradition has emerged on the basis of a relatively small selection of the overall canon, on which the entire edifice of that tradition has been built. I'm doing much the same; I don't believe you can account for the entire vast range of canonical materials. You select those passages that speak to you; that's nothing new. That's how Buddhism has developed all these extraordinary forms."

Batchelor's book traces his own development from backpacking teenage Pink Floyd and hash enthusiast in 1970, to his ordination a few years later in Dharamsala, India under the auspices of the Dalai Lama, to his decade of retreat, meditation and study, his eventual disrobing, and his transformation back to the life of a layman, albeit one dedicated to writing about and teaching Buddhist practice. 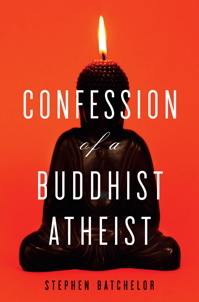 Throughout, he offers an emotionally detailed and compelling account of his inner life and his public struggles. He couples this memoir--his "confession"-- with a scholarly, sensitive and even revelatory account of the Buddha's life (guess what, folks? The Buddha's father wasn't a king) rooted in the economic, geographic and political realities of the Buddha's time. The book's through-line is Batchelor's exposition of the path toward living a life "that embodies Buddhist values within the context of secularism and modernity." The successful integration of these narratives makes Confession perhaps an even more essential read than its predecessor--at least for the open-minded.

Ironically, while the title certainly titillates, it's hardly radical. Indeed, there's little in Buddhist philosophy that suggests the existence of a personal God in the way it's understood in the Judeo-Christian tradition. Perhaps more worrying to Buddhists is Batchelor's outing of some of the supernatural squabbles taking place within the ranks of Tibetan Buddhism, along with his rejection of reincarnation and karma--at least the codified ways in which they're understood by Buddhist orthodoxy. Batchelor is likewise unapologetic about his inclusion of ideas drawn from European thinkers and theologians, from Heidegger and Husserl to Paul Tillich and Rudolf Bultmann, whose approach to "demythologizing" Christianity helped inspire Batchelor's own search for the historical Buddha and his metaphysical weeding-out of the teachings.

In this attempt at "demythologizing" Buddhism, Batchelor effectively critiques the West's habit of indulging in the "exotic" aspects of Asian culture, even of its religions--a fetishizing of the East that Edward Said famously termed "Orientalism." Batchelor could well be attempting to liberate Asian Buddhism from the patchouli-scented misperceptions that have defined it in the Western mind since the 1960s. By explaining the myths and dogmas of Asian Buddhism as cultural trappings relevant only to their own traditions--and not to a modern, secular practice--Batchelor challenges modernity to finally strip away the psychedelic veneer and say goodbye to pie-in-the-sky transcendentalism. Instead, he elegantly reiterates Buddhism's core principles (based around the Four Noble Truths), takes us on a revealing investigation of the historical Buddha, and taps his committed 38-year personal Buddhist practice to inform the book's sense of wisdom, clarity and insight.

All of which makes the accusation that Batchelor is somehow promoting a "watered-down" or "bubble-gum" version of Buddhism both lazy and inaccurate. "I can't be dismissed as someone who knows nothing about it," Batchelor notes. "The same people who would call me a 'bubblegum Buddhist' also use my translations of Buddhist texts in their classes. Look, as an author, I am claiming an authority; the words are connected. This is the root of the conflict between my detractors and myself: I'm claiming some authority and they're saying, basically, you don't have that authority. Only we have the authority."

Buddhism is not a property to be held or inherited in exclusivity, Batchelor argues, nor was it ever meant to be a fixed, static set of beliefs. "Buddhism, which teaches impermanence, contingency, dukkha (suffering) and unreliability, is itself also impermanent, selfless or inessential," he suggests. "With historical consciousness, we can now recognize that the Dhamma is a very fluid tradition, which is precisely what's allowed it to flourish in so many vastly different cultures and circumstances. So, it's all very well to say that I am popularizing or banalizing Buddhism, but basically what I'm doing is responding to my understanding of Buddhism as an evolving, adapting organism, rather than as a fixed body of truths that is passed down, uncorrupted, from one generation to the next."

Like the traditional Buddhists who criticize him, Batchelor's avowed mission is simply to keep Buddhist values and practices alive. "In the end," he says, "we just have very different ideas about what that means."