Ramadan is the month of fasting and a time for spiritual growth among Muslims. The traditionalist approach to "spiritual growth" is for Muslims to complement their fasting with performing additional prayers at night and regular reading of the Quran throughout the month. My own approach is somewhat different, I tend to complement my fasting with the reading of writings and scriptures from other philosophies or faith traditions, including atheist and humanist teachings. This year, I decided to study the Dhammapada (in the translation of Gil Fronsdal), one of the most widely read and revered writings in the Buddhist faith.

I was inspired to learn more about Buddhism because I was reading the remarkable novel "A Tale for the Time Being" by Ruth Ozeki, who is not only a brilliant author but also an ordained Zen Buddhist priest. The first person narrator in the novel is a 16-year old Japanese girl Nao who is bullied by her classmates. Nao's parents moved from Japan to Silicon Valley but were forced to return to Japan when the Dotcom bubble burst. Nao's father loses his job and the family is forced to live in poverty. The family's poverty and the fact that Nao is seen as an alien "transfer student" lead to her being ostracized at school. But her classmates go even further and begin psychologically and physically torturing her, leaving scars and scabs all over her body. 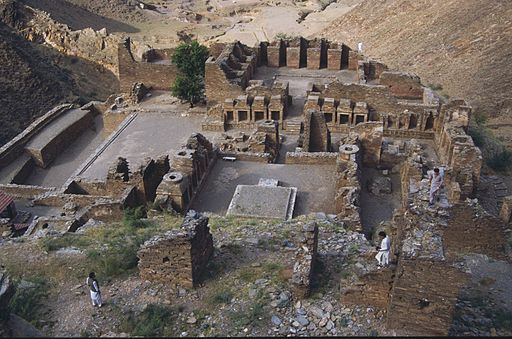 Nao is invited to spend the summer with her 104-year old great-grandmother Jiko who is a Buddhist nun. In the following scene, Jiko takes a bath with Nao and notices the scars:

"I waited. Old Jiko liked to take her time, and she was really good at it because she'd been practicing for so many years, so as a result, I was always waiting for her, and you'd think that waiting would be annoying for a young person like me, but for some reason I didn't mind. It wasn't like I had anything better to do that summer. I sat there on my little wooden stool, naked and hugging my knees and shivering, not from the cold but in anticipation of the scalding heat of the water, so when, instead, I felt her fingertip touch a small scar in the middle of my back, I was startled. My body stiffened. The light was so dim, how could she see my scars with her bad eyes? I figured she couldn't, but then I felt her finger move across my skin in a pattern, hesitant, pausing here and there to connect the dots.

"You must be very angry," she said. She spoke so quietly, it was like she was talking to herself, and maybe she was. Or maybe she hadn't said anything at all, and I'd just imagined it. Either way, my throat squeezed shut and I couldn't answer, so I shook my head. I was so ashamed, but at the same time, this enormous feeling of sadness brimmed up inside me, and I had to hold my breath to stop from crying.

She didn't say anything else. She washed me gently, and for the first time I just wanted her to hurry up and finish. After we were done, I got dressed quickly and said good night and left her there. I thought I was going to throw up. I didn't want to go back to my room, so I ran halfway down the mountainside and hid in the bamboo forest until it got dark and the fireflies came out. When Muji rang the big bell at the end of her fire watch to signal the end of the day, I snuck back into the temple and crawled into bed.

The next morning I went looking for old Jiko and found her in her room. She was sitting on the floor with her back to the door, bent over her low table. She was reading. I stood in the doorway and didn't even bother to go in. "Yes," I told her. "I'm angry, so what?"

Once Nao is able to speak about her anger to Jiko, Nao's healing process can begin. The story makes frequent references to Buddhist teachings, quoting from Buddhist texts as well as allowing the reader to gradually imbibe important spiritual concepts. To better understand these concepts, I decided to read the Dhammapada. I first began with the chapter on "Anger" where I was struck by the following verses:

"The one who keeps anger in check as it arises,

As one would a careening chariot,

I call a charioteer.

How often do we let our anger chariot determine our paths? I can remember countless times when I have been passively holding the reins but rarely take control of this chariot.

I will just leave you with one more excerpt from the Dhammapada, but I advise you to read it (and, of course, Ozeki's novel!) in its entirety:

From the chapter "The Sage":

"As a solid mass of rock,

Is not moved by the wind,

So a sage is not moved

By praise or blame."

An earlier version of this post was first published on 3Quarksdaily.com