'Tis the season for picnics, bonfires and camping, but along with the sunshine and fresh air come insects. Not only are they annoying and their bites often itchy, but many carry dangerous diseases.

Insect repellent is certainly a good way to ward off disease-carrying critters (if you're concerned about what chemicals are in bug sprays, we have a visual explainer here), but there are some things you may be doing wrong that could minimize its efficacy.

Stay safe by keeping bugs at bay this summer by avoiding these common bug spray mistakes.

You're not reading labels.
Do you just grab and go? When it comes to bug spray, one size certainly doesn't fit all. The repellent you choose should depend on the type of insect you're trying to ward off. The CDC suggests using repellents with picaridin, IR3535 or oil of lemon eucalyptus -- like Cutter Advanced, Repel, Off! and SkinSmart -- to prevent mosquito bites. But if you're out to fight both ticks and mosquitos, reach for a spray with 20 percent or more DEET -- think Off!, Cutter and Ultrathon. "Permethrin-containing products can also be used directly on clothing but should not be applied to skin," Dr. Bobbi Pritt, M.D., director of the Clinical Parasitology Laboratory at the Mayo Clinic, tells The Huffington Post. Play it safe by always reading the ingredients before taking your bug spray to the checkout line.

In addition to listing out ingredients, bug spray labels include instructions for when, where and how often to apply the stuff. However, the protection times listed are only guidelines, Joseph Conlon, of the American Mosquito Control Association, tells The Huffington Post. "If one is sweating or bathing, it must be reapplied afterward," he says.

You apply bug spray before sunscreen. 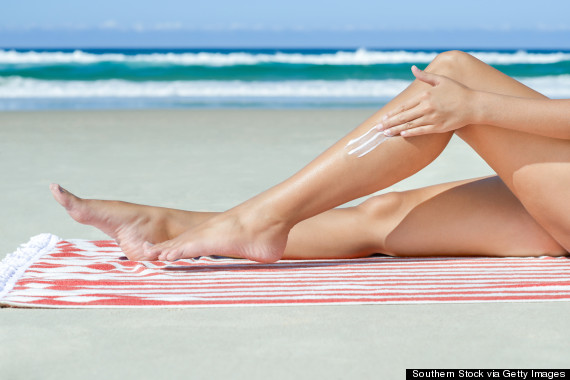 The CDC suggests doing just the opposite: Put on sunscreen before bug spray. And this is true whether you're using a spray or a cream. The CDC also warns against using combination repellent/sunscreen products, no matter how convenient they may seem, because sunscreen usually needs to be reapplied more often than bug spray. Stay protected by keeping the two separate.

You're not thorough enough.
One of the most common mistakes people make when it comes to bug spray is not applying it thoroughly enough, says Conlon. Although you should avoid getting it in or on your eyes and mucoid tissue, it should hit all exposed body surfaces. If you miss a spot, the mosquitoes will find their way to that surface for feeding.

You've been fighting back with your phone. 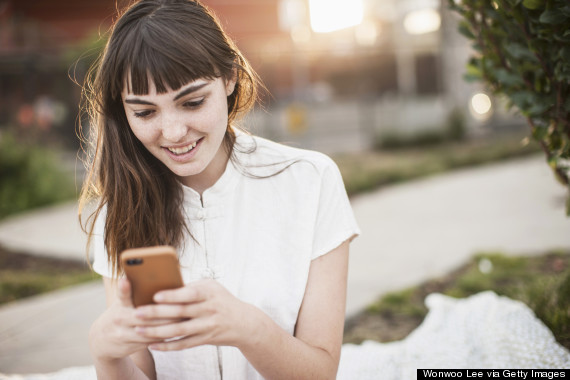 There's an app for everything these days -- including bug repellent. Smartphone applications, like Anti Mosquito -- Sonic Repeller, claim to keep bugs at bay using a high-frequency sound that most humans don't notice, but mosquitos hate. The bad news? If it sounds too good to be true, it probably is. Research shows that these apps, or really any type of electronic mosquito repellent, don't actually cut down on the number of bites. Even worse, one study showed a 33 percent increase in bites when three different electronic repellent devices were tested.

You're afraid of DEET.
When it comes to DEET-based repellents, it's really a matter of choosing the lesser of two evils. DEET has been responsible for some nasty side effects, including numb or burning lips, nausea, headaches and rashes. On the other hand, mosquitos and ticks put victims at risk of everything from Lyme disease to the West Nile virus. Research in the New England Journal of Medicine found repellents with DEET to be the most effective type of repellent (not to mention the longest lasting) for fighting off insects that could potentially carry these dangerous diseases. "I'm generally in favor of trying to find natural solutions for most of life’s challenges –- but this is one time where, for many of us, a little risk from DEET may be worth it," Dr. Brent Bauer, M.D., director of the Mayo Clinic Complementary and Integrative Medicine Program, tells The Huffington Post. Plus, DEET is effective in warding off biting flies, fleas, ticks, chiggers and mosquitoes, says Conlon. If you're a bit wary of using DEET-based products, you can always opt for lower levels, such as 15 to 20 percent DEET.

You're letting it ruin your gear. 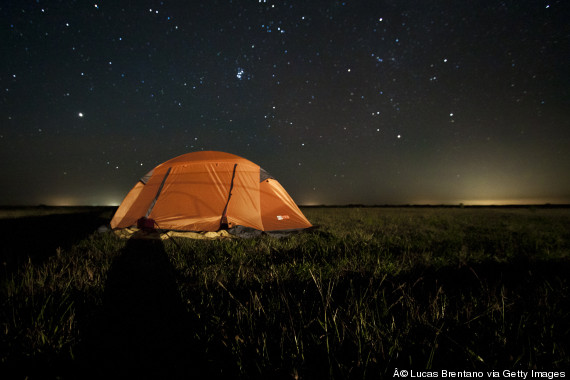 It's great to stay protected, but some sprays can be tough on different materials. DEET is particularly rough on nylon and polyester, Bauer tells The Huffington Post. "I’ve also seen more than a few sleeping bags wrecked by leaking DEET preparations." To keep the sprays from dissolving your tent, sleeping bag or other outdoor gear, spray it on and let it dry before putting it on or climbing inside.

You're too lax about when you wear it.
Think insect repellent is only for camping excursions and other outdoor adventures? Think again. Know when and where ticks and mosquitos pop up -- even if that means an evening in your backyard. You should apply it any time you're entering tall grass, leaf litter, or a forest, as well as at dawn or dusk, Pritt tells The Huffington Post. That's because "there are so many potentially serious, and even deadly, disease-causing organisms that can be transmitted by ticks and mosquitoes," she says. "It is always best to err on the safe side and use insect repellent when there is a chance of them."