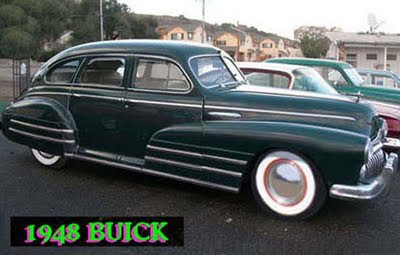 Sundays were always special because mom didn't work on that day. She was tired from six straight 10-hour nights of waiting on tables. No one could blame her if she didn't feel like cooking, cleaning or driving. She'd let me drive the old Buick my Grandpa had given us, and by old, I mean made of steel and without power steering. Driving to Louie's Drive-In to pick up tamales and comic books was my job. I was twelve and very responsible, but in my mother's mind, I think that meant I was thirty-two.

It was fall in Santa Fe, a frosty nip in the air, but no snow on the ground. My brother was only five and stayed with Mom and was totally not my responsibility for that one day. Everyone stayed inside, but my hangout on Sunday was the Buick I'd managed to park safely in our narrow driveway (there was a telephone pole planted right in the middle of the entrance). I made the car cozy with pillows and a comforter. It took on a greenhouse effect with all that New Mexican sunshine filtered and magnified through the windows. I left them cracked, and the scent of pine and aspen wafting down from the Sangre de Cristos was a welcome counterbalance in my little hothouse. 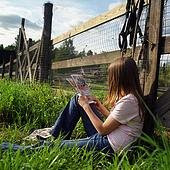 Stuffed with spicy tamales, I'd snuggle down and read Superman, The Incredible Hulk, The Fantastic Four, Wonder Woman, Tales From Beyond, and something called Classics, which was a retelling of stories like Romeo & Juliet in graphic form. When I'd finish my series, I'd take them inside and exchange with Mom who'd been reading Batman, or Silver Surfer. We were getting along in those days.

That night Mom might cook a one-dish meal like macaroni made with Velveeta Cheese. The nights were cold, but we were warm and full. Mom sometimes sang and danced when she cooked. She teased and complimented me. We laughed and I remember distinct happiness. On Sunday nights, I went off to bed and read some more, only books this time, and the house was quiet. I was fed on multiple levels.

Mom began to come home late. When you get off at 3 a.m. late is arriving home at dawn. I was worried, upset, angry . . . and curious. I began to wake up in the middle of the night and wait for her. She was full of excuses: she'd gone out with the girls for breakfast; there was an after work party; her car broke down; her girlfriend's car broke down. I was furious and jealous and possessive, and suspected sex was happening, but only in an amorphous, nonverbal way that made me afraid of losing my mother.

I was afraid of a lot of stuff in those days. I was almost thirteen and hadn't yet started my period. Every one of my girlfriends had breasts and had been menstruating practically since birth. They were short and curvy and cute, and I was not. Mom and I began to fight everyday, and I missed a lot of school because I overslept.

"Aren't you going to school?" I wanted her to make me go, but Mom couldn't even make herself come home after work. On some days, she didn't make it home at all. The Sunday I gouged out a hunk of my thigh in a bicycle accident I needed stitches, but didn't tell Mom about it when she finally came home. She didn't notice anything until years later when she asked about the huge scar on my thigh.

I passed thirteen and we fought and I challenged her and we fought some more. I was angry all the time and mean to my little brother. On Sundays Mom was exhausted and withdrawn. She cooked, but there was no laughter. I stopped reading comics in the Buick, but read Dostoyevsky by the light of a little portable electric heater bedside until Mom's car entered the driveway. I'd quickly shut my book and pretend to be asleep. We didn't talk until I decided to go live with my Dad in Texas, and then I slept with her and my brother every night until the day arrived for me to leave. It was my last belonging.

For the year that I was gone, we remained close. Her letters were long and full of love and trivia. When she called long distance, she'd ask if I wanted to talk to my dog and cat. Long distance was expensive in those days and the gesture meant a lot to me. She was home, she was family, and my dad and his new wife were not.

I returned to New Mexico carrying the secret Mom had shared with me in her last telephone call: I now had a baby sister. Dad squeezed his Caddy between the telephone pole and the wall and made it down our narrow drive. Before he'd turned off the motor, I'd jumped out and entered my mother's waiting arms. She looked tired and ill. She'd had to stop waitressing as her pregnancy advanced, and had taken a babysitting job for a family that lived in a trailer park on the outskirts of Santa Fe. There was a real outdoor swimming pool there, and my brother and I swam everyday under our mother's watchful eye.

My dad wept when he found out about my sister. He begged me to return to Texas with him and warned me about the bad boys who would swarm all over me when they found out about Mom. He frightened me, but not enough to endure my stepmother again. Winter and high school and bad boys were months away. Mom was resting and getting well and eventually she'd return to night work. In the meantime, those days at the trailer park pool were like a summer full of Buick Sundays.