April 6-12 is National Public Health Week, which this year carries the theme "Healthiest Nation 2030." EPA and the American Public Health Association (APHA) are shining a light on the harmful health effects of climate change and making the case for strong climate action.

We constantly see devastating climate impacts threaten the health of communities around the country. After Hurricane Sandy left New York City dark and underwater, nurses at NYU's Langone Medical Center had to use the glow of their cellphones to care for infants in the Neonatal Intensive Care Unit (NICU). The historic drought in the West has led to forest fires and water restrictions and is still punishing people and businesses. Climate change supercharges risks for extreme storms, floods, fires, and drought that destabilize communities, especially those least equipped to defend themselves.

Health risks from climate change are not just born from the crushing infrastructure and weather impacts. The carbon pollution fueling climate change comes packaged with other dangerous pollutants like particulate matter, nitrogen oxides, and sulfur dioxide that lead to asthma and respiratory illnesses -- including some cancers. As temperatures rise, smog becomes worse and allergy seasons get longer, further risking our families' health and making it harder for kids to breathe. Warmer temperatures also increase vector-borne diseases by expanding seasons and geographic ranges for ticks, mosquitoes and other disease-carrying insects to roam. 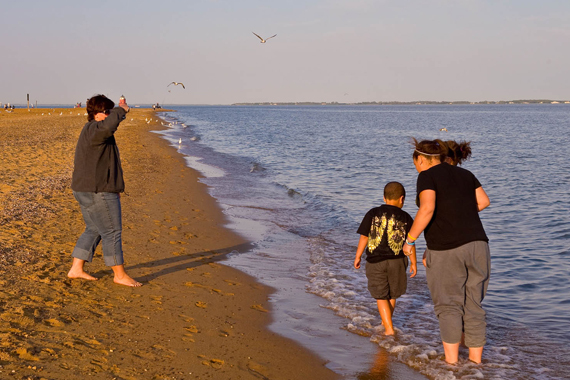 Although we have limits on toxic pollutants like mercury, sulfur, and arsenic, there are currently no limits on carbon pollution from power plants, our nation's largest source. The good news is that America knows how to fight pollution and protect public health. Our organizations' shared vision is one where we attack climate change with the courage and conviction the challenge deserves. That's why, following the law and the science, EPA proposed a Clean Power Plan -- rules to cut carbon pollution from our nation's largest source, power plants. EPA's proposal not only aims to cut carbon pollution 30 percent from the U.S. power sector by 2030 but would also slash other pollutants that lead to respiratory and cardiovascular disease. Every dollar we invest in EPA's plan would return up to $7 in health benefits for the American people, and in 2030 alone, the U.S. will avoid up to 100,000 asthma attacks and 2,100 heart attacks as a result.

The science is clear. The risks are clear. And the urgent need to act on climate to protect our health is clear. EPA's work is a key piece of President Obama's broader national Climate Action Plan to cut carbon pollution, prepare for climate impacts we can't avoid and lead the world in our global climate fight. With smart climate policy, coupled with community engagement and education though organizations like APHA, we are better equipped to win our fight against climate change and leave a safer, cleaner world to future generations.

This National Public Health Week, EPA and APHA are adding momentum to thought leaders, civic leaders and leaders from the public and private sectors clamoring for climate action, because we all know that in this generation and beyond, a healthy nation depends on a safe climate.