We have heard horrifying stories and seen images from Nepal, Haiti, and Pakistan, of people buried under the rubble of collapsed buildings. Tragic, yes. Inevitable? Certainly not. A new report by the Global Facility for Disaster Reduction and Recovery (GFDRR) shows that in some cities, disaster-related deaths due to building collapses have been dramatically reduced when better building regulations are in place and enforced. The soon-to-be-released report, Building Regulation for Resilience: Managing Risks for Safer Cities, offers a blueprint for how developing countries can strengthen their regulations and reduce both loss of life and property when disaster strikes. I interviewed Francis Ghesquiere, Head of the GFDRR Secretariat, to get the details:

Question 1: What dangers do people in developing countries face due to lax building regulations, and what proposals does your upcoming report make that can help fix this?

Answer: In the past few decades, particularly in the recent environment of deregulation, building regulations have been consistently overlooked in the developing world. The result has been countless and unnecessary deaths and destruction of property from chronic risks like fire and structural collapse, let alone earthquakes. The collapse of the Rana Plaza in 2013, in Bangladesh killed 1,100 people. The Nepal earthquake last year killed 8,000 and injured 21,000. Unsafe construction always lead to costly tragedies.

A recent study from the United States Geological Survey estimates that more than 3 million people will die from earthquakes in the 21 century, of whom 2.6 million (85%) people will be in developing countries. Earthquakes are not becoming stronger or more frequent. The real problem is that more people are living in unsafe buildings in seismic areas. These events impact poor and marginalized people disproportionately. More severe and frequent weather-related disasters due to climate change will only make this problem worse.

We can do something about this. We have a strong opportunity to fight the status quo by introducing smart and cost-effective regulation to promote effective building code implementation.

Some of the concerted actions we suggest in this new report include training planning departments to enforce safer building regulations, updating building standards to make sure they're accessible and affordable to the poor and vulnerable, leveraging private sector resources to upgrade critical skills needed in safe construction, and most importantly, promoting incentives for compliance. 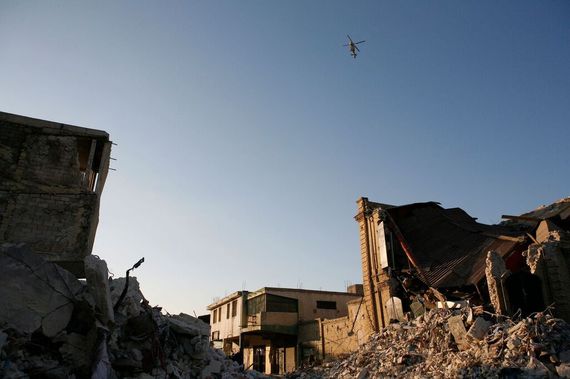 Question 2: What's the root of the problem? Is it an engineering issue? An architecture issue? A planning issue?

Answer: All of these plus the need to understand the context surrounding building regulation - particularly issues related to governance and finance. Sometimes the lack of compliance stems from building codes that fail to address the main forms of construction. They can be opaque, not focused on cheaper building techniques and transferred from high-income countries without adapting to local conditions and culture. Complicated and time-consuming administrative procedures can discourage homeowners and builders from going through the process of permitting and inspection. Corruption is also often at the heart of failed regulation. Many times, even when people want to build safe homes or make improvements to ensure safety, they get discouraged by cost, bureaucracy or corruption.

Question 3: What roles can the international community and the private sector play to help advance the improvement of building regulations in developing countries?

Answer: Non-government organizations, aid agencies and development institutions like the World Bank Group can support governments to introduce building reforms and improve their capacity to implement smart and appropriate regulations. Some countries like Japan have excellent experience: In Turkey, Mexico or Peru, the Government of Japan contributed to mapping hazard risks impacting construction. Japan trained hundreds of private and public sector actors to help mitigate risks on buildings. The international community can build on these existing and important efforts.

At GFDRR we are working to bridge the gap between policy and practice by including the private sector in our program. Construction and engineering firms, architects, local building materials and building product suppliers and insurance companies have a crucial role to play in achieving safer buildings. Their contributions must be recognized, encouraged and supported by collaborative governments and smart regulations. 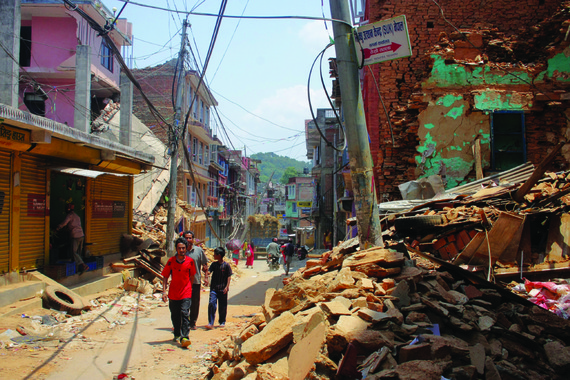 Question 4: The poorest segment of a population is often the most affected by unsafe construction, yet they often are the least able to comply. What can we do to ensure their perspective is taken into account?

Answer: This is very true. The poor and most vulnerable are often unable to comply and are pushed to ignore regulations and permits. Sometimes it is a simple matter of cost: it's just too expensive to build safely. Costs can be driven by a time-consuming and complicated permitting and inspection process. For example, in South Asia, the formal total administrative fee for the planning and construction permitting process is 14% of the cost of construction on average. The same process costs 1.7% in high-income countries. To save costs, many families in the developing world find no other alternatives than building their own homes incrementally as additional funds come through. The challenge can sometimes come from families not knowing how to build safely. This is a problem when traditional building techniques cannot withstand the growing risks associated with more frequent natural hazards.

This is why we need to work with local communities and all the relevant players to improve safety. We can develop good regulations if they are consistent with the risks and resources of the community. For example in Pakistan, after the 2005 earthquake, the authorities worked closely with families rebuilding their homes. What did they do? They promoted affordable and resilient methods of construction. They also provided funding based on the accomplishment of safe building practices.

Question 5: What are the next steps? How do we begin to put the recommendations of this report into action?

Answer: The Building Regulation for Resilience Report will be launched in Japan, in March 2016. The report is the first step in catalyzing a new global building regulation initiative - as part of the wider urban resilience agenda supported by GFDRR and many other actors.

The developing world is embarking on a major urban development boom - especially in sub-Saharan Africa and South Asia, where an estimated 1 billion housing units will be needed to house the growing number of urban residents by 2060. We must start developing today the foundation upon which cities are built safely to better withstand the adverse impacts of disasters and climate change.

Francis Ghesquiere is Head of the Secretariat for the Global Facility for Disaster Reduction & Recovery (GFDRR). Prior to joining GFDRR, Francis managed disaster risk management programs in the South Asia and Latin America and the Caribbean regions at the World Bank. In addition to developing a number of flagship initiatives, including the Caribbean Catastrophe Risk Insurance Facility (CCRIF) and the Central America Catastrophe Probabilistic Risk Assessment initiative (CAPRA), Francis also led the establishment of the Understanding Risk Forum (UR).