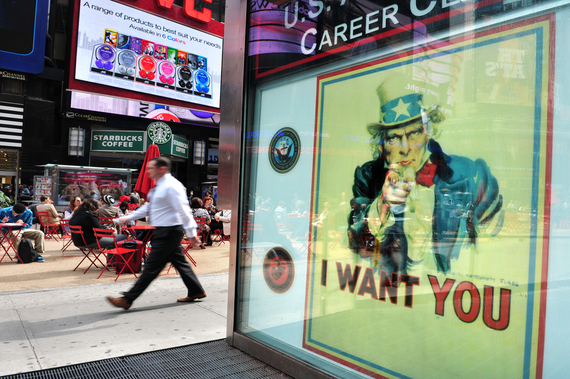 Is that the right decision for those young people at that time? Who knows. Not me. But what I do know, that some people absolutely thrive in the military. The military is, truly, a well-oiled machine. The training is rigorous; the hierarchy makes sense. It is a structure and system designed to build comradery and to have clear lines of accountability.

I work with organizations helping them think through governance, role descriptions, clear decision making. The military has that absolutely down pat. Are there problems with it? Yes -- anyone who has seen "A Few Good Men" or similar movies could tell you that it is not a perfect system. But most of the time, it works.

And then, people return. And often, they return broken. Broken by what they've seen, and what they've been asked to do. They may suffer from PTSD (post-traumatic stress disorder), they may be disabled. But perhaps even worse -- all the things that they had -- status, clarity, a purpose, a role, an income, structure--are gone.

The result --huge issues with unemployment, mental health, and homelessness (an issue that many organizations, government and nonprofit, including the amazing folks at Community Solutions are tackling admirably with their new campaign Target Zero). So suddenly as I was moving past the recruitment center, it struck me. Why don't we keep the structure? Keep the systems? But change the work?

The US has one of the biggest infrastructure crises in the developed economy. Bridges are crumbling, trains are crashing. The stairs I walk up to the 7 train at Woodside in Queens are, I'm pretty sure held together with duct tape and left over bits of hazard tape. 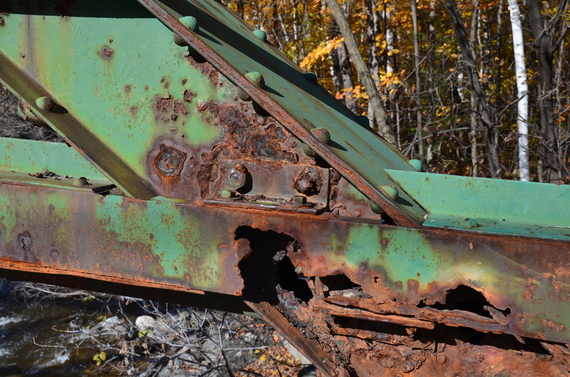 So why don't we deploy the returned armed service men and women to help fix it? What if we kept some of the structures in place, and allowed people (if they wanted to) to have jobs at home, helping building and strengthen the infrastructure that we all use and rely on every day? We could keep the hierarchy, the training rigors, the status and structure that work so well in the military and ensure that their hard-earned organizational and managerial skills, and intense work ethic have a home.

I don't pretend this is a deeply considered proposal, it's an idea. But I can throw out some rough calculations. I know from previous work that the average cost of housing and caring for an unemployed homeless person is about $130,000 per year, across all agencies and services. I also know that even though that number is one the way down, there are still almost 50,000 veterans who fit that description. Even if we assume that just half of those returned veterans were capable of work, and we paid them $50,000 a year, even after account for on-costs, we'd be ahead! Yes, the money comes from some agencies and goes from other, but this is exactly the kind of program that can and should be federally coordinated.

I know from previous work that the vast majority of those costs are health costs, and we know that when people are engaged in meaningful work, and housed -- their health, both physical and mental improves dramatically.

We know that many returning military professionals already have experience in creating infrastructure. In some cases, soldiers were actually building bridges in other countries. 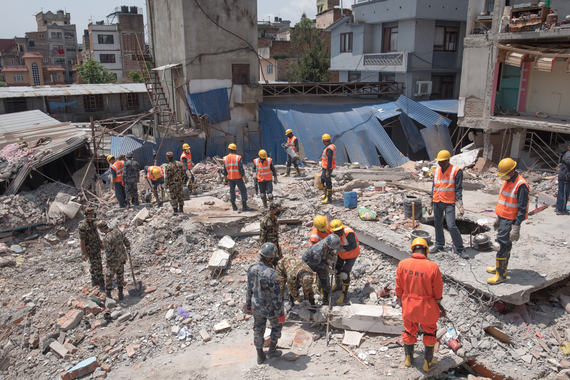 Can you imagine that? Instead of people coming back to no structure, to no systems, they could come back and be deployed (not by a voluntary organization), but by a branch of the military. Why couldn't we use the same structure and systems that are in place to help people thrive when they return, and to fix up some of the countries ageing infrastructure.

What do you think? Is this something worth considering?

I'm talking about a government program, but while we're waiting for that to happen, if you want to connect a veteran to work, or support veterans in finding work, here are some nonprofit groups who are finding ways to re-deploy veterans right now.