This article series is from Prepared Neighborhoods, my soon-to-be-published book about mutual aid among citizens before, during and after a natural disaster. As we collectively seek to build resilience in our neighborhoods one street at a time, all strategies and tactics discussed have been vetted and applied to my own life and my own town in some fashion. 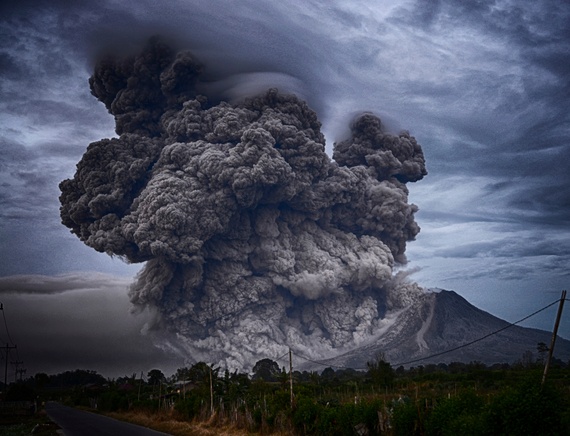 Mutual Aid
Resiliency is a worthwhile pursuit, both for individuals and communities. But how to build strength into our lives as citizens? And into our towns? The answer lies within our neighborhoods. The neighborhood is where sustainability meets preparedness. It is one step beyond caring for your own loved ones, and one step back from where emergency professionals serve at the county, state, and national levels.

Our focus for this series is one of mutual aid among citizens, not disaster relief provided by a government agency. But we're not talking about going solo here. Self-sufficiency for every citizen is not only unattainable, it's also undesirable. Group resilience - neighbors taking care of neighbors - is a much more attractive state of being!

The house had been dark and cold for four days. No electricity, no heat, and, now, no food. Ross watched as his children ate through the last of their "Three Days, Three Ways" emergency kit rations, realizing too late that this emergency was going to last much longer than just a long weekend. He began to feel panic edging into his normally clear-thinking mind.

No one was sure how long the power would be out. No one knew when the grocery stores would be restocked. With all the roads damaged or blocked by downed trees and power lines, and with both cell phones and landlines not working, communication was at a standstill.

Lisa came downstairs and went straight to the front door.

"Where are you going?" Ross asked his spouse, an edge in his voice. He realized he was sweating, despite the chill.

"To the neighbors," Lisa calmly replied as she added an outer layer to her sweater and long-sleeved shirt. "The stores are empty and so is our pantry. If we're going to get through this, we'll need their help."

In our neighborhoods, we can focus on what is changeable but significant to surviving and recovering quickly from a wide scale event, whether it is a short-term natural disaster or a long-term economically induced emergency. The quest for community has never been stronger. The recognition that all is not well is becoming universal. We need a way to take action. Action that can move us from a paralyzing fear to an activating hope. And those actions can begin in our own homes, streets, and neighborhoods.

Neighbors taking care of neighbors with a bit of positive-focused foresight and planning can move us further along the sustainability continuum, toward a more resilient and bright future. The resilience we so desperately need in our lives is best built within, and from, relationships. It is time to get to know our neighbors again, as those are the relationships we'll depend on most heavily during an emergency. 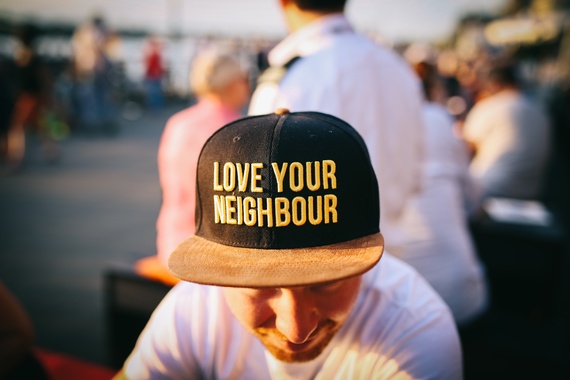 Our Journey
Watching the great natural and economic emergencies of our time impacting our country over the last few decades, my family has journeyed from a "blissfully-clueless" state through an "informed-enough-to-be-worried" state to finally arrive at the "act-now" state.

During our journey, we began to blog about it at Opt Out En Masse (borrowing a phrase from Joel Salatin) about our successes and failures with exurban homesteading experiments (exurban is the zoning classification between suburban and rural). Over the years, it became clear that true self-sufficiency was not only unattainable but also undesirable. In addition to opting out of the negative aspects of the American system as we know it, we also needed to opt in to something new. Something positive. Something local. Something community-building.

We began talking to others about emergencies beyond our own country as well. The Japanese tsunami. The Christchurch earthquake. The financial woes of the European Union. Brexit! Within our country we looked at both Hurricane Katrina in 2005 and the 2016 Louisiana flooding. The list goes on and on.

Learning From Our Elders
My grandfather maintained a significant victory garden until his death and had a wide variety of practical homesteading skills. Despite my father's Ph.D. and years of experience running organizations (quite successfully), my grandfather's hands-on knowledge simply did not transfer down to him. I notice many folks of his generation lack the practical experience to grow their own food or weather a two-week winter storm without electricity.

These are skills I learned myself only in the last ten years from books, blogs, and buddies (plus a fair amount of trial and error...mostly error!). More than once my father has remarked to me with a bit of humorous wonder in his voice how proud my grandfather would be of my efforts to develop self-reliance. And good news! We don't have to learn the practical skills (e.g. farming) of a previous generation by ourselves, but can learn collectively, in conjunction with our neighbors. In our journey we've discovered individual self-reliance to not be a worthwhile goal...community-reliance is much more attractive!

At the other end of the spectrum from individual/family preparedness, there is a huge amount of literature, only some of which is helpful to citizens like us. It is full of technical jargon - it assumes the audience is solely national/international emergency professionals - and primarily useful for large groups of people (like mass exoduses of refugees). It is difficult to scale down their concepts to the neighborhood level.

The Neighborhood Is the Key
And yet the neighborhood level is exactly where we find the sweet spot for resilience, which consists of small groups of citizens bound by their geographic neighborhoods who are able to care for themselves during an emergency, whether it is a short-term natural disaster or a long-term economically induced emergency.

We must be able to care for ourselves without the aid of professionals during a short-term emergency because they are simply not coming (as they will also tell you). After a natural disaster, the fire and police departments are required to do drive-by assessments of the entire damaged area before even beginning to respond to the first house fire or victim. And in a wide scale emergency like an earthquake, our professionals will be overwhelmed with acute situations.

In our country's economic reality, these professionals find themselves underfunded, understaffed, and simply stretched too thin to provide care for citizens street by street. It's up to us, citizens, to create more resilient neighborhoods, before the emergency hits. And we can!

We'll continue this conversation in a few days and would love to have you join in the comments! What resonates with you? What preparedness measures have you taken for yourself and your loved ones? Any group or neighborhood projects?