A Spanish festival in which residents of Tordesillas chase down and slaughter a bull ended in bloodshed for both the nearly 1,280-pound animal and participants.

According to The Associated Press, on Tuesday, the bull gored two people including Pedro Armestre, a freelance Agence France-Presse photographer who was covering the annual event. A Red Cross spokesman told AFP that a total of 12 people were injured during the Toro de la Vega festivities.

The bull was eventually killed by a crowd of people who pursued it across a bridge and into a meadow, where it was surrounded. 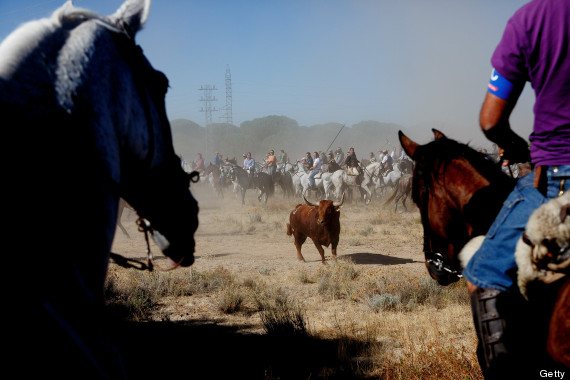 Horsemen ride next to a bull during the 'Toro de la Vega' bull of the plain festival on September 17, 2013 in Tordesillas, Spain. (Photo by Pablo Blazquez Dominguez/Getty Images)

The 41-year-old photographer sustained an injury to his right thigh and was transported to a hospital in the region. As El Pais reports, Armestre was behind a tree, attempting to shield himself from the large animal, when the bull struck him.

Both Armestre and the other unidentified festivalgoer who was gored by the bull are expected to recover.

Ahead of this year's Toro de la Vega, hundreds of animal activists protested the bull-slaughtering festival that has been celebrated in the town of Tordesillas for centuries.

The annual event is one of several festivals held in Spain that involve bullfighting. Earlier this year, dozens of people were injured during the Pamplona's seven-day Running of the Bulls festival, including 23 festivalgoers who were crushed in a stampede on the sixth day. 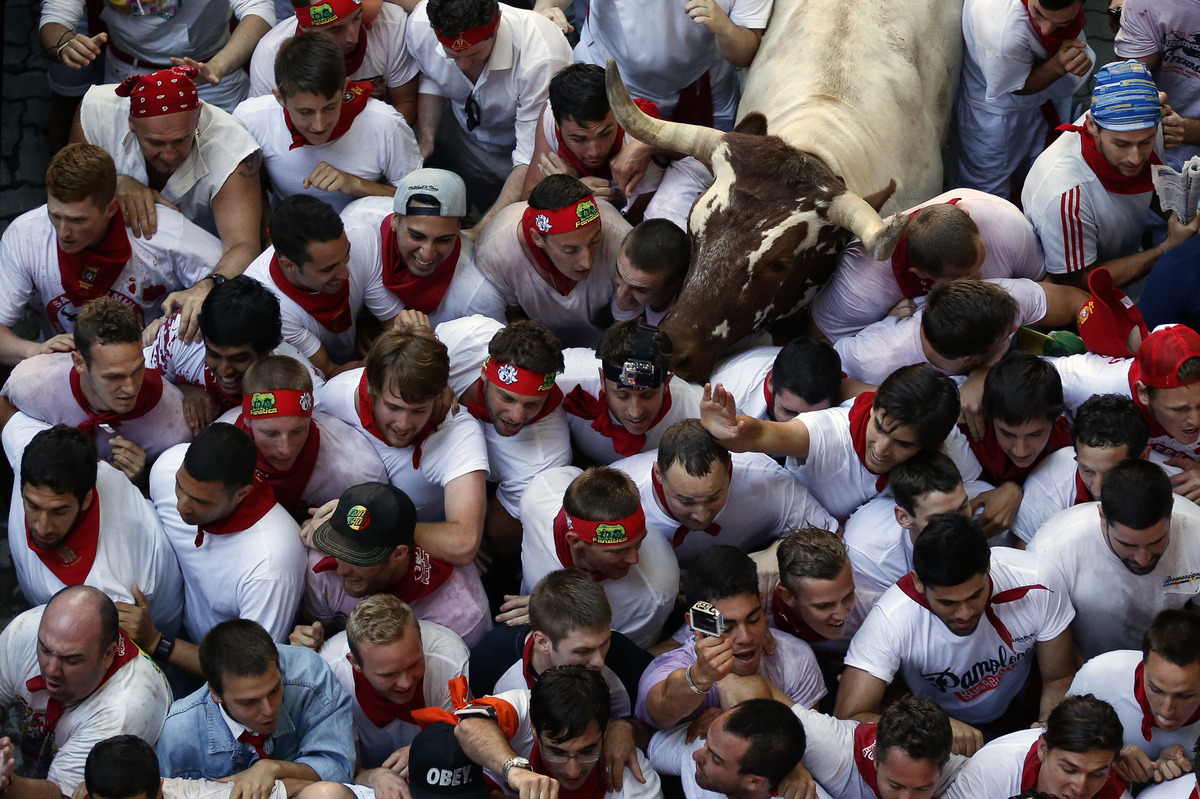 1 / 33
Revelers are surprised by steerers, used to drive the fighting bulls, during the running of the bulls at the San Fermin festival, in Pamplona, Spain, Sunday, July 7, 2013. (AP Photo/Daniel Ochoa de Olza)
AP