At this party, the dogs eat first.

On April 11, at the 4th annual Bullie Que festival, sweet spoiled dogs got even more special treatment than usual. Nearly 300 people and about 200 dogs -- mostly bulldogs, but a few Frenchies and pugs sneaked in, too -- gathered in North Carolina for a bulldog superhero-themed costume contest, a silent auction to benefit bulldog rescue group Bullies 2 the Rescue and a dog-friendly spread.

"Brisket, no seasoning," says Courtney Vaux, organizer of Bullie Que, the yearly gathering of bulldogs and their passionate fans. "Pineapple and green beans. It's hysterical." 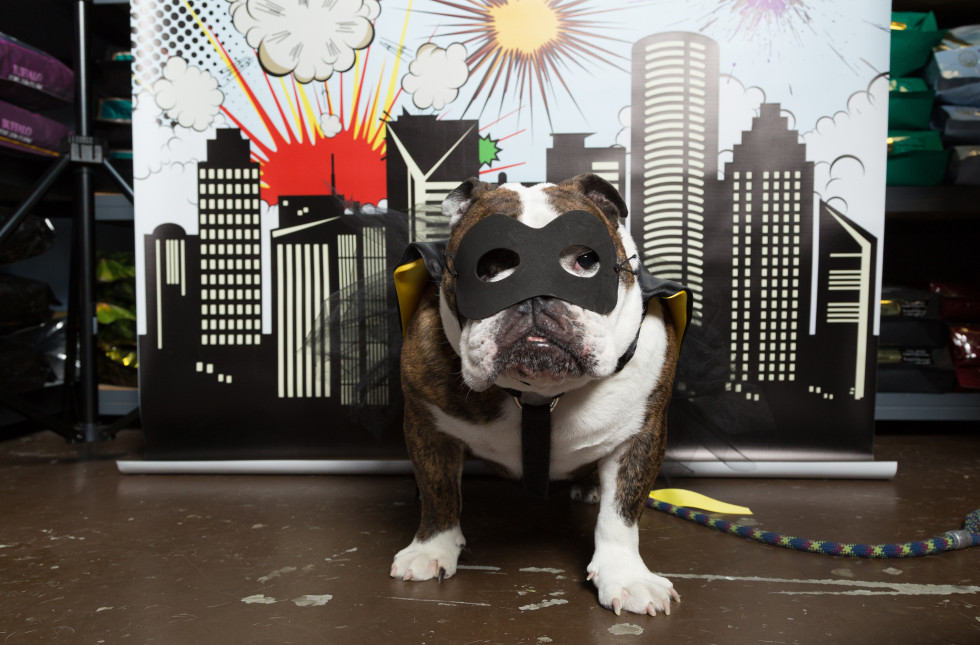 Photographer and bulldog enthusiast Brian Batista was there taking pictures, and says he had a few "starstruck moments because you get to meet all these dogs that you see tons of photos and videos of but now you meet them in person."

"They come from all walks of life and they are so happy to hang out with their humans and other friends," he says. "There are so many dogs." 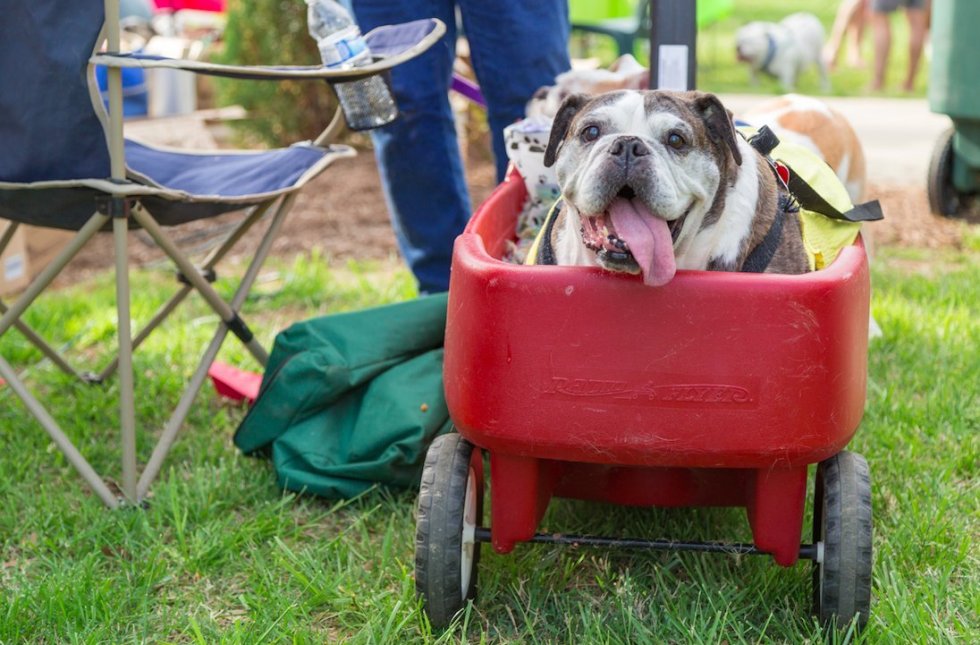 Unlike, say, those hyperactive corgi gatherings where hundreds of dogs romp for hours in the ocean, Bullie Que can be a slower affair.

"They love food, they love watching TV or wrestling in the floor, but mostly they love just being with their family. Oh and gas, you gotta love a dog who will fart on you and then move away like you did it," observes Batista, who is quick to add that "I love short-faced breeds. Not taking anything away from other breeds, but there is just something charming about them." 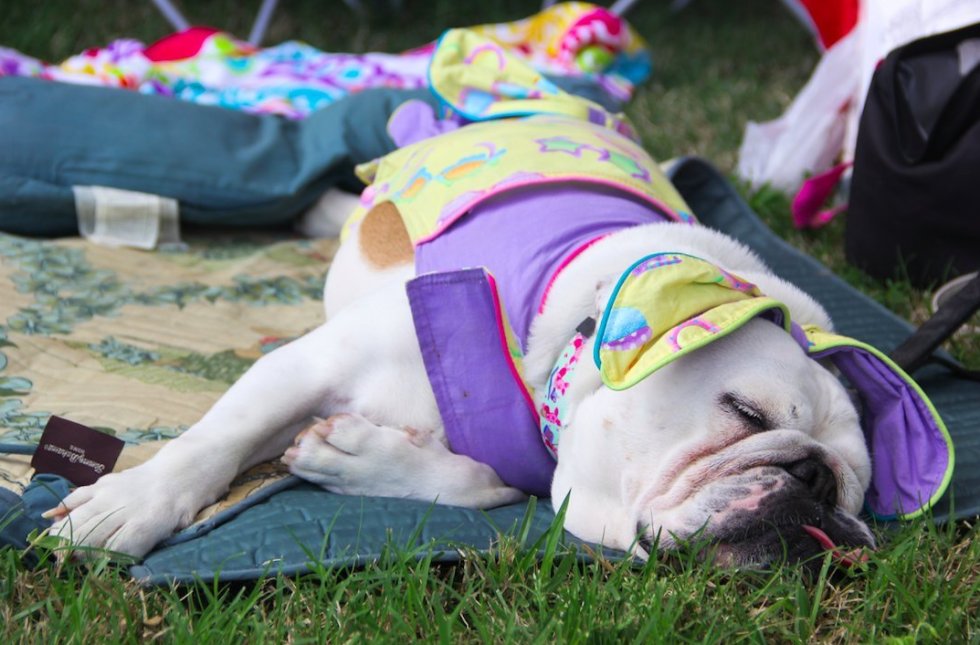 Their owners are pretty terrific, too.

Vaux told The Huffington Post that the first Bullie Que, in 2012, came about as an adoption event for nine bulldog puppies born to a mom who'd been rescued out of a dumpster while very pregnant.

Two hundred people signed up to attend, that year, and brought 150 bulldogs along with them.

All nine puppies found homes -- after being fussed over at a pre-adoption party.

Since then, the yearly festivities have grown, pulling in folks and dogs from all over the country -- two of the puppies from that first Bullie Que, were even there, meeting for the first time again since. 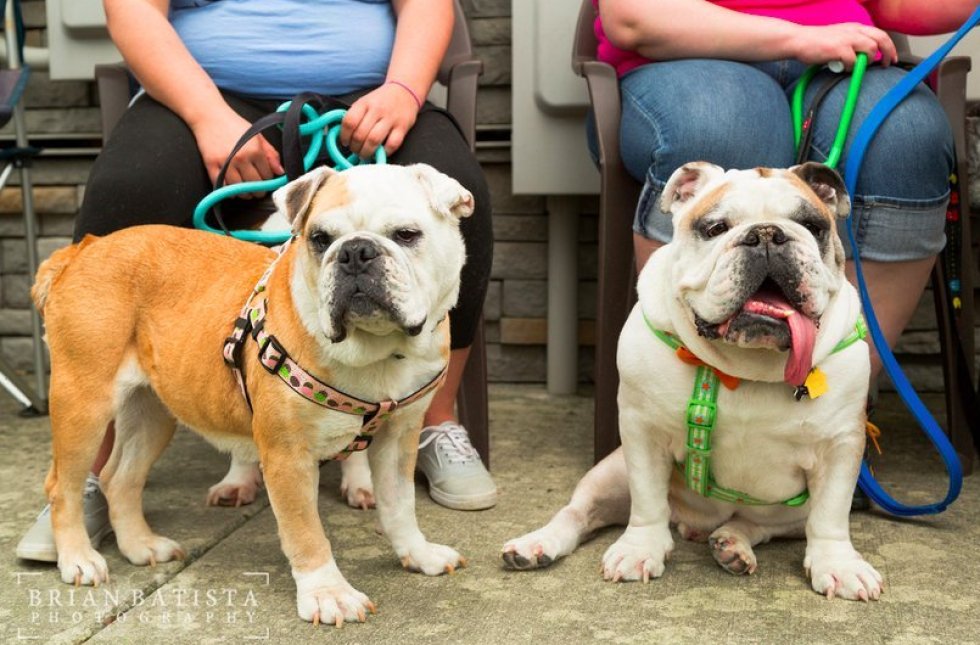 Vaux tells us next year's Bullie Que theme will be "Bullie Stock," like Woodstock -- for bulldogs. Yeah, we really want to be there, too.

Keep tabs on dates and other details on Facebook.

And see more photos from Bullie Que below.

A Couple Hundred Bulldogs Got Together For An Insanely Cute Party
BullieQue 2015! 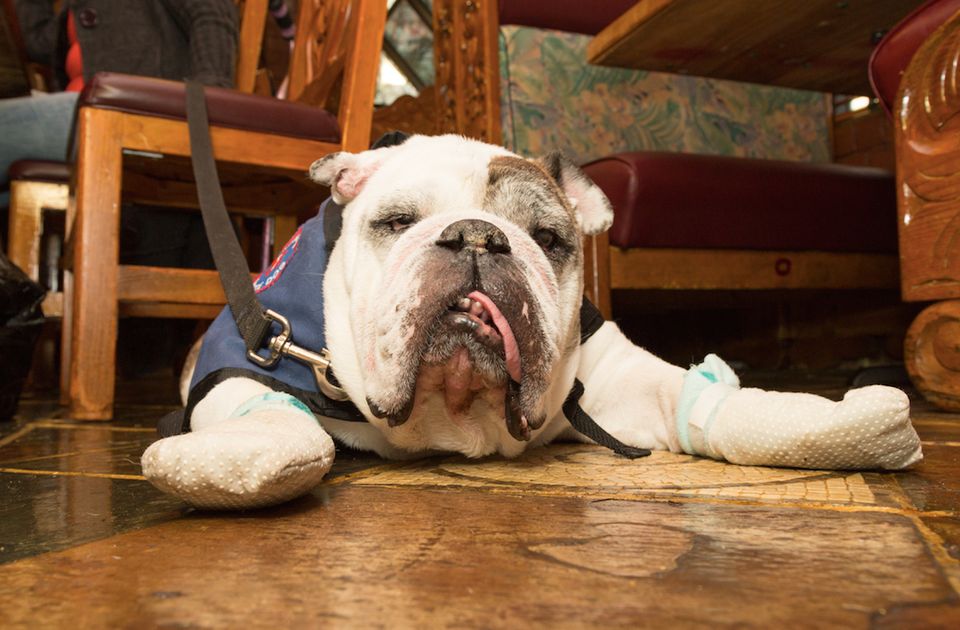 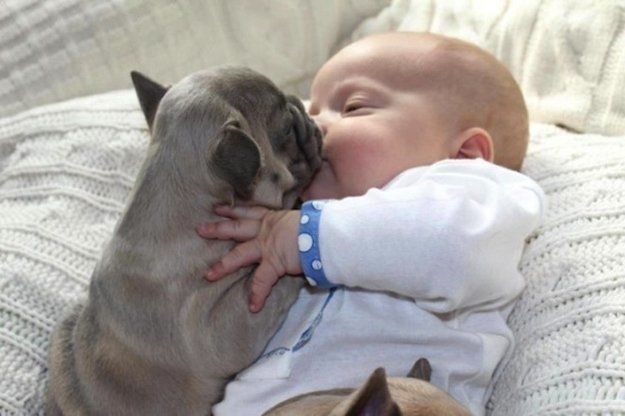