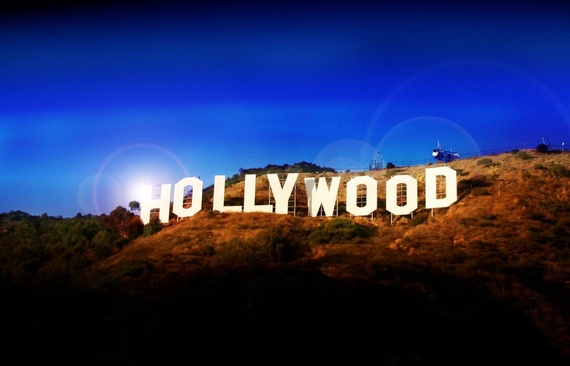 I remember when it first happened. Several years ago, I was sitting across from John Travolta at a round table press interview for a film the actor was promoting when a curious feeling emerged from the nether regions of my emotional interior:

If it could talk, it would have said: "This is boring. I'm bored."

Well, I was shocked. What fierce kind of emotional bitchslap was this? How could I be bored? I was, once again, interviewing an A-list celebrity for a movie. For years, I had been carving out a career as an entertainment journalist and moving along nicely on that front. There was no way in the world I could be bored -- with Travolta, with Hollywood, with all the buzz and glitter.

Having been casually "diagnosed" by a therapist friend of mine as having labile mood disorder, which, to me, sounded like Depression-Lite buckling up on a mood swing, I chalked up my Travolta Revolta to the labile thing and ventured forth. I wrote about the man, the movie, the star.

Months later, I was attending one of the Television Critics Association's press tours. The press was being bussed off to some swank event at a Hollywood producer's palatial estate -- fabulously catered, lit up and positively obese in riches. In between conversations with some Hollywood elite and monitoring the hyper-active bouncing emotional Super Ball inside of me that went by the name of Have I Arrived Yet?/Are You Noticing Me?/Make Me A Somebody!, I eventually wandered out into the lush gardens and took in the extraordinary view overlooking the twinkling sprawl of Los Angeles.

"Isn't this great?" Somebody nearby mused.

But inside, something didn't feel "great." Not really. Something tugged at me. Was I bored? No. It wasn't that. I didn't know what I was, actually. Befuddled? Perhaps. I wondered: Why was it that I felt waves of emptiness in the midst of such lavish abundance?

Years passed. So did the stars that made their way onto my creative resume: Chris Pine, Ewan McGregor, Joseph Fiennes, Don Cheadle, Joan Rivers, Martha Stewart, Anderson Cooper, Cyndi Lauper, countless others -- all of them interesting and fascinating in their own way. However, I never cared to ask them about their favorite colors or buzzwords or who they were dating. I wanted to play therapy. I wanted to know what these people learned --a bout life, about their craft, about themselves. I wanted to swim deeper emotional waters with these individuals; get to know more about them -- like, as a person. I wanted to go Jung on their asses and then hop back onto the emotional pool deck and bask in a kind of Zen afterglow.

What the hell was I doing?

I enjoyed most of these conversations, but I noticed that I still feeling indifferent -- bored even. Not with the people I was interviewing so much. Not really. Perhaps I was bored -- God good -- with myself?

Who knew? Maybe it had something to do with shift in culture. Every since Facebook and Twitter popped out of the tech womb, things shifted dramatically. Had I become like a vast majority of other people in the world -- somebody seeking an audience? How many Facebook friends did I have? How many Twitter followers did I have? How many people followed me on Instagram?

How had all that become part of my weekly mental chatter?

All that I SHOULD HAVE MORE took home LIKE ME and the two gave birth to LIKE ME SOME MORE.

Well, what's a blond, Polish soul-searcher to do? I went to Bikram Yoga -- again. I had been going religiously for years. Early one morning, I was in a Bikram class and did what I felt was positively normal: I asked for a sign. (I'd like to think it had something to do with my constant yearning for guidance or something, but I had been living in Northern California and, well, when in NorCal...)

There, between Camel pose and Rabbit pose -- the petting zoo postures of the hot delightful high that is Bikram -- I turned to some other stars. Celestial ones, I suppose. I asked God, The Universe and anybody else that was listening to me inside of my frazzled labile mind, what I should be focusing on. Less than two hours later, the answer came -- my Polish family. I walked into my office at the weekly magazine at which I was the editor and noticed that pictures of my family had somehow made its way onto the center of my desk. The framed pictures typically sat on a bookshelf across the room. But there they were -- two pictures of my clan. One of them -- my grandmother Jadwiga taken so many decades ago. The other -- my grandmother, my mother, my uncles and aunt taken during the 1940s when they lived in Tanzania, Africa.
The sign was clear -- at least to me. I was to focus on my family.

I sat down behind my desk and looked up. "Really?"

Well, I knew why. By accepting my "sign," I knew -- deeply, so deeply -- that I was being led to explore more thoroughly my family's mesmerizing tale of surviving Stalin's mass deportations of Polish people during the 1940s. I grew up hearing about the story -- how my family, along with nearly 1 million other Poles, had been taken by force by the NKVD and sent to Siberian slave labor via boxcars; how they barely made it out alive from that camp in Novosibirsk after enduring 18 months of hardship; how, like many hundreds of thousands of Polish refugees who managed to survive and were granted an amnesty by Stalin in 1941 when he joined the Allies to defeat Hitler, they wandered for months and months across southern Russia, only to find refuge in Uzbekistan, and then the Middle East, and, ultimately, in one of many Polish orphanages in a British-run colony in Eastern Africa. 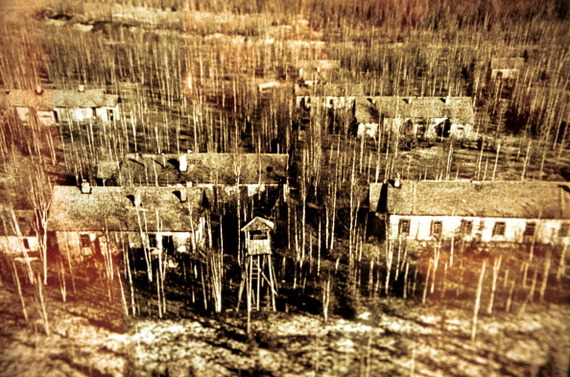 Needless to say, I was consumed with a serious bout of But I Don't Wanna!

Still, when you get a sign from above, it's not like you can swap it for, well, a "better" sign -- you know, one that makes you feel more comfortable. Oh, I resisted for years, but the fierce winds of fate never relented. Ultimately, I would document my journey uncovering my Polish family's journey -- and, to a greater extent, the under-reported story of Stalin's mass deportations, which this year, reaches its 75th-year marker -- in the book "Grace Revealed: A Memoir."

Now that I am on the other side of the spiritual and creative journey that had been thrust upon me in many ways -- there's nothing like feeling haunted and hunted by your Polish ancestors to give you a kick in the cosmic pants -- I still have questions.

Why do we resist what is "uncomfortable"? What is it about leaning into that thing that either makes us nervous, frightened or apprehensive that's so horrifying -- especially when we know full well that, in our gut, we are to do just that?

Ultimately, I had to ask myself that very question: What would happen, Dear Greg of Labile Mood, if, rather than making a mad dash away from your Polish family's history, your lineage, those Gulags... you just took as many baby steps as you needed to to walk directly right into the center of it?

Each and every one of us has a different path, a different Gulag to face. For me, delving deeply into my Polish family's history did two primary things: 1) It created an opportunity to share an under-reported odyssey of Stalin's horrors and, perhaps, be one of several other creatives who are now attempting to bring honor and justice to the millions of Poles whom history may have forgotten about. 2) It also opened up another spiritual can of worms -- and more questions.

How much of our family's past lives on through us? How much of it is embedded in the walls of our emotional DNA? How do the ripple effects of the past effect us -- today, in real time? What stories could we still be acting out?

The thing I know for sure: Running away from that which makes us positively "uncomfortable" doesn't produce "comfortable" results. We may have to free fall after we step into that discomfort we've been avoiding but, ultimately, that's where the real growth occurs.

Freud had keen insights. He said: "Out of your vulnerabilities will come your strength."

But leave it Anaïs Nin to bang the drum of growth so beautifully: "We do not grow absolutely, chronologically. We grow sometimes in one dimension, and not in another; unevenly. We grow partially. We are relative. We are mature in one realm, childish in another. The past, present, and future mingle and pull us backward, forward, or fix us in the present. We are made up of layers, cells, constellations."

Now, those are some stars to fixate on.