His name was Steven. He was 13 years old and six years ago, he hung himself in his bedroom closet after being tormented by bullies. Last week, his father reached out to me after reading my HuffPost article, "Bullying: The Really Big Problem Behind the Really Big Problem" about National Bullying Prevention Month and self-bullying. In a horrible twist of irony, last week also marked the loss of another teen. 15-year-old Amanda Todd took her life after years of relentless bullying. Just last month, she had uploaded a nine-minute video to YouTube entitled Amanda Todd's Story: Struggling, Bullying, Suicide, Self-Harm. It's a tragic reality that there have been so many suicides attributed to bullying that we now have a word to describe it: bullycide.

This is Steven's story. The story of a life that ended way too soon. It's the story of Steven's parents and the unfathomable pain they have had to endure. It's a story that hopes to honor Steven, Amanda and all the other victims of senseless bullying while trying to bring awareness and change to the greatest youth epidemic of our time. 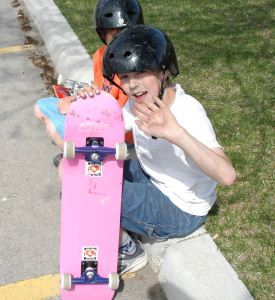 Steven was a sweet, sensitive and artistic kid. He adored his older sister and he loved skateboarding, baseball, music and his dog, Finster. He also happened to be a little awkward. He was a smallish kid who was different and just didn't quite fit in. To some extent he had always been the target of teasing, but it was in middle school at the beginning of 7th grade when the bullying escalated to a level Steven could no longer face. That day, his tormentors set him on fire with a lighter and an aerosol can of body spray. They recorded their attack on a cell phone and posted it on the Internet. Later that evening while his mom was getting dinner ready, Steven took his own life.

It had been about a month since Mike and Pam Urry, Steven's parents, had become aware of the severity of the bullying. They had met with school officials, filed police reports and had made plans to remove Steven from his school. Mike says, "We just found out too late, or maybe we didn't act fast enough, I don't know. The teachers and staff had no plan, no procedure in place to identify and stop the abuse."

It's a story we hear all too often. Tragically, many people knew what was going on, including many of Steven's fellow students. One of the bystanders wrote about her guilt and shame on her blog:

We all knew what he went through. We knew who beat him up. We knew who locked him in a cupboard. We knew who had held his head under water in a sink. So why hadn't we told anyone? We were stupid. And we expected somebody else to do something about it. I wish I could apologize to Steven. No, I never bullied him up front, but if you're not part of the solution, you're part of the problem.

It was Steven's mom who found him after he had hung himself when she went to tell him to wash up for dinner. Mike was at work and a police officer was sent to pick him up and take him to the hospital. Not knowing what had happened, he was escorted to a private room and "I instantly felt my blood run cold," he said. Pam was hysterical, crying convulsively and shaking her head violently as if to refuse what she was hearing. Mike says, "It was a tidal wave of pain and panic. Our boy had taken his own life. My son was gone. Our beautiful boy was just... gone." 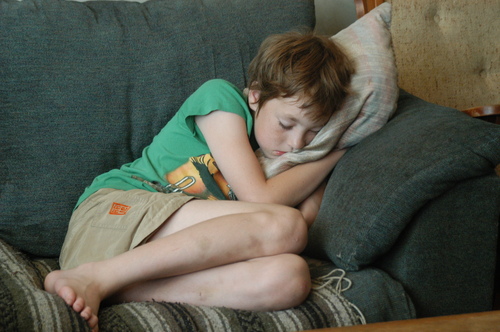 Mike says he spent that day in a state of "massive emotional trauma." He doesn't remember very much of those first few days, but what he does remember haunts him to this day. "It's just one long nightmare I keep having. Seeing my son in the morgue, on a slab," he says. "I can still see the ligature marks around his neck." He can also still recall with crystal clarity the scream Pam let out as she awoke the day after Steven's death and remembered what happened. It's a horror no parent should ever have to endure.

"Preparing our son's funeral was beyond surreal," says Mike. Pam read her letter to Steven to the packed chapel. "It was the most profoundly perfect and beautiful message from a mother to her child we had ever heard." Pam's father had dug and prepared Steven's grave and Mike lowered the urn into the ground with his own hands. "My last act as Steven's father."

It has been almost six years now since they experienced the unthinkable act of burying their child, but tragically, it's stories like Amanda Todd's from just last week that can trigger an avalanche of emotion. "The power of these triggers to propel me right back to the emotional moment of Steven's death is overwhelming, like nothing I've ever experienced," says Mike. "It's like the six years since never happened, like it's December 2006 all over again."

In Part 2 of this story we'll hear how Steven's parents endured the pain and grief after Steven's death and how the cruel act of their son's bully has become their own personal trauma. We'll also hear how Mike has channeled his pain into an organization called His Name Was Steven to help prevent other children and teens from suffering at the hands of bullies as his son did and prevent other parents from experiencing the horror they have.

This is Steven's story. But for Steven, Amanda and all the other children and teens who have suffered, let's make it OUR story. Let's make this a story to awaken us to the reality of this great epidemic. Let's make it a call and an outcry for change.