I don’t need a man, but I sure do like to have one around.

Historically, my friendships, while important to me, have been supplemental to some kind of intimate pair bond ― whether it’s a long-term boyfriend, a guy I’m dating, or just a regular casual sex partner.

I’ve never been the type to hibernate at home with a partner on the couch ― I’ve always had a robust and active social life. I just tend to have a manfriend of some variety as my plus one.

And that seemed to be working for me just fine until about a year ago when my boyfriend of 2 and a half years and I split up for reasons that had nothing to do with not loving each other very much. After some frenetic rebound banging, I quickly realized I had no desire to swipe on people’s faces, and that what I really needed was the support of my friends.

Unfortunately, I quickly discovered that somewhere between my 20s and 30s, the friendship landscape had shifted.

Part of it is living in New York City, a place where many do few-year “stints” before moving somewhere warmer/less stressful/better for raising children. Sometimes it feels like every time I get close to someone here, I’m RSVPing to their going away party. (Always at a bar, because our apartments are too small to have people over.) I value my friends who live other places immensely, but they’re not a lot of help when I’m looking for something to do on a Friday night.

Then there’s the fact that as a 34-year-old single mom, my lifestyle is a bit of an anomaly. Most of my my peers with children are married and hanging out at home with their husbands, while I have several nights off a week and am still looking for someone to join me for that comedy night/burlesque show/dance party on the town. However, I have much less freedom than my childless friends, and find myself often having to turn down invitations that occur on parenting nights.

Heartbroken from my breakup and faced with all these factors, I coped by isolating, spending my time watching television alone on the couch and growing resentful and suspicious of grown-ups with too many people who love them.

It all culminated when I experienced my first holiday season as an unpartnered adult, which I spent largely feeling like shit about myself while scrolling through social media images of my friends broadcasting their togetherness with their assorted loved ones. They probably all have money in their savings accounts, and nice teeth, I extrapolated bitterly from my empty apartment.

In a come-to-Jesus moment, I found myself looking around at 34 and fearing that I hadn’t done enough to prioritize the non-love relationships in my life. That it had seemed easier to always have some dude to bang, to trade companionship and intimacy for sex rather than asking people to value me and want to spend time with me for who I am.

So I made it my New Year’s resolution to prioritize and cultivate the friendships in my life. I started accepting every Facebook invite, reaching out to friends I hadn’t seen in awhile and inviting them to get coffee, and I even joined a book club. And while I had some successes, what I’ve discovered is that making friends in your 30s is really freaking hard.

It’s hard to be vulnerable, hard to put myself out there again and again like a needy kindergartener, and easy to internalize every failed or fumbling attempt as meaning I’m unworthy of friendship.

One particularly bad week, when I can’t find a single person to accompany me to a comedy show for which I am on the guest list, I remember a co-worker telling me that she had met several girlfriends on a friend-finding app. I decide to give it a shot.

I download Bumble BFF, which advertises itself as the place where you can meet your “new best friend, partner in crime, wing woman, workout partner, or anything else that strikes your fancy.”

Bumble BFF works just like regular Bumble, which works like a regular swiping dating app, in that you’re given a photograph and a little blurb about the person and you swipe right if you’re interested in getting to know them and left if you’re not.

I immediately notice that these blurbs can be described as “basic.” Everybody is looking for someone to do yoga with. Brunch is a very big deal. Girls are still describing themselves by which “Sex and the City” character they most identify with. Some have modernized enough to be looking for the “Abbi to their Ilana,” but this is always immediately followed by “If you get this ref, we can be besties!”, which, it ain’t that obscure a reference, sister, especially when I’ve read it on 50 other girls’ profiles already today.

“I’m sure she’s fine,” I think as the blur of faces swish past. Some of these girls didn’t even bother to fill out their profiles. Some of them definitely want to take me to yoga brunch, but I don’t care anymore. I can learn to love chair pose and waiting in line for eggs Benedict. I just want a friend.

At some point I realize that this is actually worse than dating on apps, because I’m not just trying to win these girls’ approval, I’m actively comparing myself to them. Reading through the profiles accompanied by all those glossy pictures of women having the time! of! their! lives! I get the feeling that instead of looking for new friends, these girls are curating them ― which friend is going to send the perfect message about me? Which one is going to look just right on my social media feed? It’s like Instagram BUT WITH REJECTION.

Somewhere around the millionth picture of a beautiful, laughing girl in a gown at a destination wedding, I start to spiral about the fact that I haven’t been to enough weddings. I mean, what have I been doing wrong my whole adult life that I don’t have scores of photos in gowns at weddings? People who aren’t friendless losers like me appear to be constantly attending weddings. I’ve never even been a bridesmaid.

I swipe on what feels like thousands of skinny blond girls without getting a single match. I am literally unfriendable.

On the one hand, I’m aware these women are decidedly not my people, and on the other, I don’t understand why they don’t want to hang out with me? I’m sure it must have something to do with not being young enough, pretty enough, thin enough, childless enough, normal enough, or something enough to make a desirable friend.

I realize that Bumble BFF has brought me to an emotional bottom and force myself to step away from the app. Later, I cry watching a viral video of a 6-year-old doing a cover of Radiohead’s “Creep.”

Luckily, I’m in therapy, so I’m able to dedicate a 50-minute session the next day to remembering that other people’s reactions to me are not a reflection of my worth. I also decide to write a super-honest post about how I’m struggling to make and maintain friendships and post it on my Facebook, where a bunch of people let me know that they relate and also reach out to make plans with me.

Many of them are acquaintances or online-only friends that I wouldn’t have thought to reach out to but who I am thrilled want to deepen our relationship. I put a lunch date with a woman I’ve never met before on the books, a brunch with two girlfriends I haven’t seen in years, a couple of dinners. One friend reminds me that I used to organize a monthly brunch for women in media, something I had forgotten about entirely but might pick up again. Another connects me via email with a woman she thinks I will like who has recently moved to town.

I’m reminded that asking for help, when you can muster up the courage to do it, usually works.

Another friend tells me that a few years ago, she started holding a weekly “soup night” at her place. She says she makes soup, sends out a Facebook invite and waits to see who will show up. Sometimes it’s two people and sometimes it’s 20, but it always leads to a feeling of connection and community. I don’t make soup, but I decide to start having a semi-regular board game night and inviting my friends.

I also think back to times in my life when I’ve felt that same sense of connection and community and realize that I want to rejoin a community chorus that I sang with for years before becoming a parent curtailed my free time.

I’m proud of myself for taking action, but building connections and navigating interpersonal relationships continues to be very, very hard work. And honestly? It would feel so much easier to me to fill up my time with sex and dating and the stuff of romantic love. But that kind of intimacy, while beautiful in its own right, can be ephemeral and as I found out the hard way, can leave you in a lurch when you need intimacy the most.

So I’ll keep plugging away, doing the emotional work even as it makes me uncomfortable, because doing this work is the only way I know to build the life that I accidentally got away from. And little by little, if I continue to take action, I believe I’ll start to see returns. So that hopefully next year’s New Year’s resolution can be something a little less taxing, like remembering to floss. 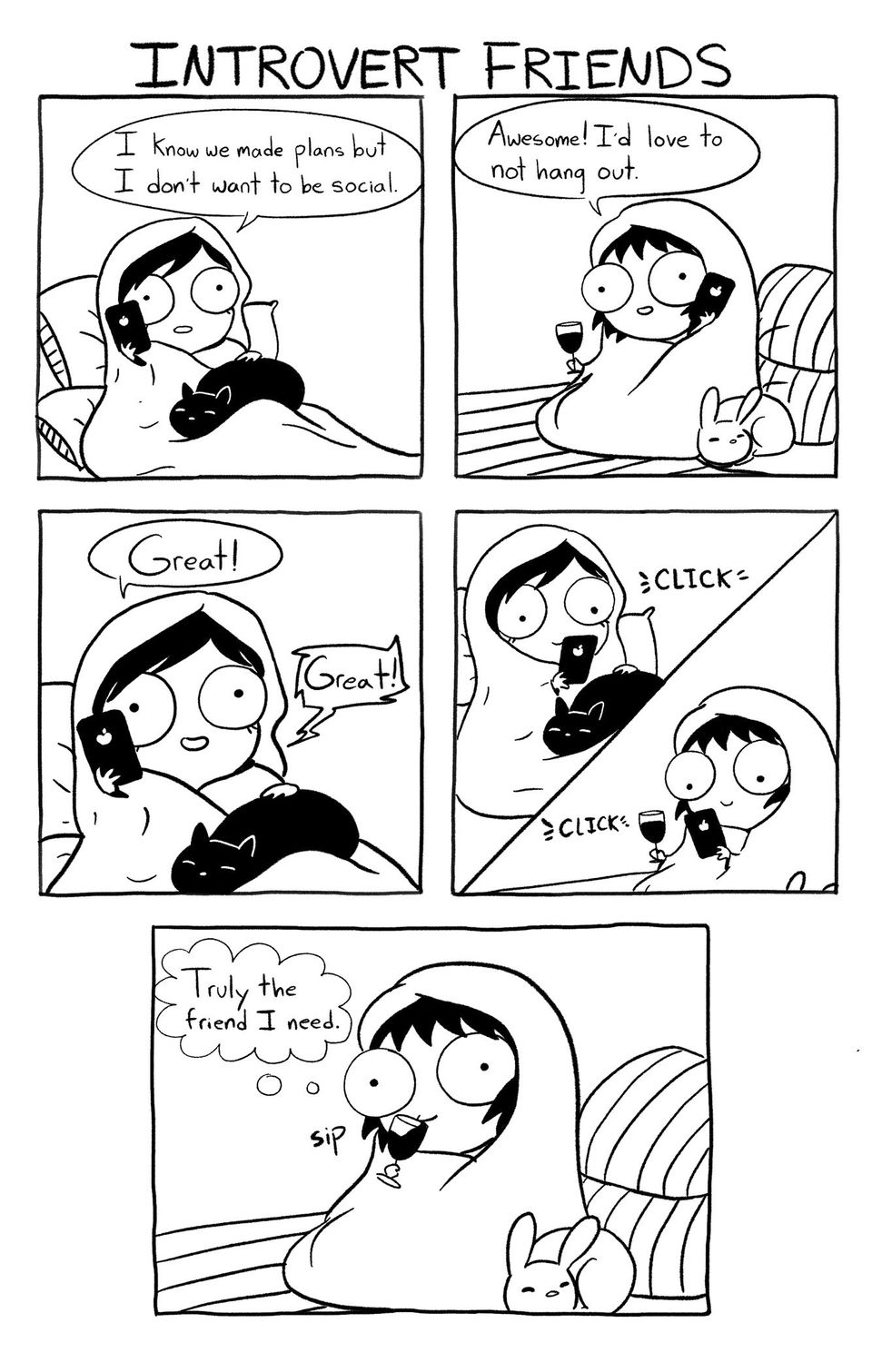