The creative force that turned "Gilmore Girls" into a pop culture phenomenon returned to television, this time on cable. Amy Sherman-Palladino's fingerprints could be seen -- and heard -- all over the premiere episode of "Bunheads" (Mon., 9 p.m. ET on ABC Family). She even brought a Gilmore -- matriarch Emily -- with her in the form of Kelly Bishop.

The show tapped into her own experiences with dance, following a frustrated dancer on an unexpected journey. Unhappy with where her life has found her in her 30s, Michelle impulsively married a sweet man, Hubbell (Alan Ruck), who'd been enamored with her for a while during her stint as a Vegas showgirl. Even though she openly admits she didn't love him, she was in such a dark place that she agreed to marry him and even head back to his coastal home town with him.

There, she met his mother Fanny (Bishop), who lives with him and runs a dance studio on the property. The premiere saw Michelle's rocky introduction to some of her new husband's friends and the townsfolk of this tight-knit community. But where it goes from here was thrown in the air with a shocking cliffhanger.

Just as Michelle and her new mother-in-law Fanny were starting to connect, they received the news that her new husband had been in a car accident. Is he dead? In a coma? Fans will have to wait until next week to find out. That's certainly one way to hook viewers!

Check out HuffPost TV's Maureen Ryan's take on the premiere and come back for more "Bunheads," Mondays at 9 p.m. ET on ABC Family.

'Bunheads' Premiere: 'Gilmore Girls' Creator Back With Family Drama In The World Of Dance (VIDEO)
What To Watch: June 11-17 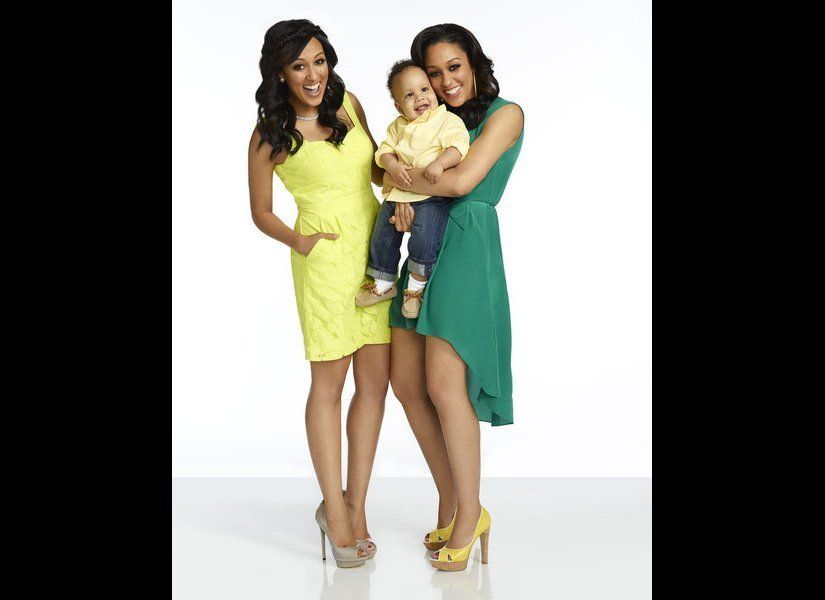 1 / 21
Mon., June 11: "Tia and Tamera"
(8 p.m. ET on Style) <em>season premiere</em> <br><br> As they face the realities of motherhood and matrimony, Tia and Tamera lean heavily on each other to lighten the difficult moments with comedic insight and advice. After giving birth to her first child, Tia is figuring out how to balance being a successful actress and a successful mom. Tamera, as she approaches her one-year anniversary, is wondering about her new role as a working wife. With homes in Los Angeles and Napa Valley, where her husband's family also owns a vineyard, Tamera finds herself pulled between two different worlds, struggling to decide which she will ultimately call home.
Style