On a white sand beach, a toned and tanned young woman extends her leg, arches her back and twists her naked torso towards the camera. Behind her on the otherwise deserted beach, a tangle of foliage stretches down to the gently lapping waves. The year is 1954.

The photographer on the beach that day was Bunny Yeager and the model was 32-year old Bettie Page. This iconic image is included in the exhibition "Bunny's Bombshells" at Sin City Gallery in Las Vegas. Yeager was reportedly delighted to be showing in Las Vegas, where she had maintained connections after starring in the film "Bunny Yeager's Nude Las Vegas' in 1964.

Still working into her eighties, Yeager had photographed Las Vegas-based model and Best Ink celebrity judge Sabina Kelley a number of times -- first in 2004 and most recently in Miami less than a year ago. I meet Kelley at the exhibition opening which she has attended to pay tribute to the esteemed photographer whom she had come to view as a friend and who had passed away less than two weeks before the show opened. She describes her experience working with Yeager, "She really knew how to direct, how lighting works on a woman's figure, and how to make her models feel comfortable."

Perhaps the most crucial element of Yeager's work, which set her images apart from the multitude of mid-century 'cheesecake' pin-up photographs, was her empathy with her photographic subjects. Having worked as a pin-up model herself before picking up a camera and making self-portraits, she focused on the personality of her subjects, as well as their physical beauty.

Claire Sinclair, star of Las Vegas show Pin Up, features in the "Bunny's Bombshells" exhibition. She posed for Yeager only days before the photographer was hospitalized for the final time, and tells me why she had always dreamed of being photographed by Yeager. "Her images were pasted all over my binder in high school. Her photographs of Bettie Page are my favorite ones as she looked so feisty and exuberant!"

It seems somehow fitting that Yeager's last photo shoot would feature a vibrant dark-haired young woman with a high wattage smile and Bettie Page bangs. As Playboy's 2011 Playmate of the Year, Sinclair exudes the same combination of 'naughty but nice' that made Page so popular in the '50s. Yeager's photo shoot with Sinclair took place on April 23, 2014 in the garden of Miami artist Carlos Betancourt. Two of the resulting photographs exhibited at Sin City Gallery show Sinclair posed naked on a blue cushion, her skin pearlescent against a lush green background of palm fronds. Sinclair describes how they worked within Yeager's energy constraints, with the session limited to an hour, and the actual shooting taking around 20 minutes. "But she had so much vitality! It seemed like she would be around for a long time".

Yeager's archivist and friend Ed Christin who was with her almost every day for the last five years of her life, sums up the attitude that has established Yeager as a role model for so many entrepreneurial young women, "No one could every say to her, 'Bunny don't do that'." 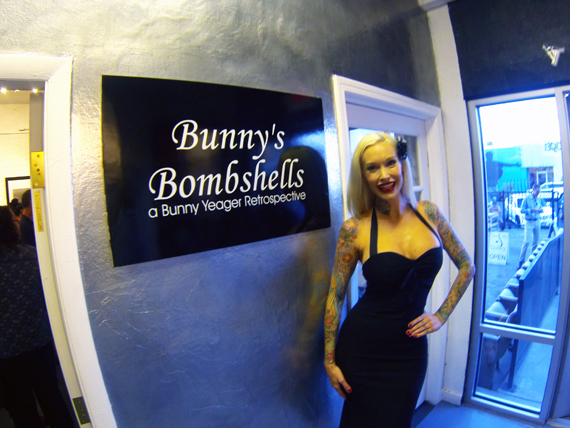 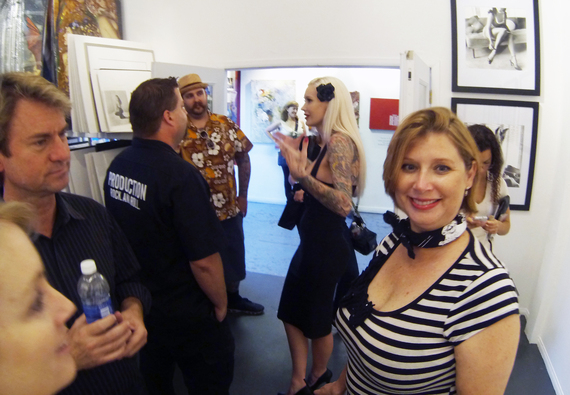 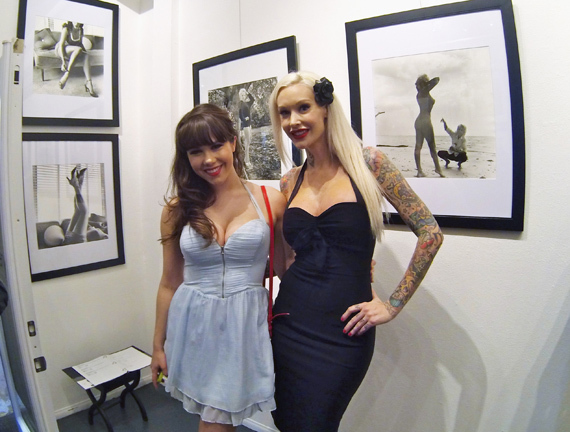 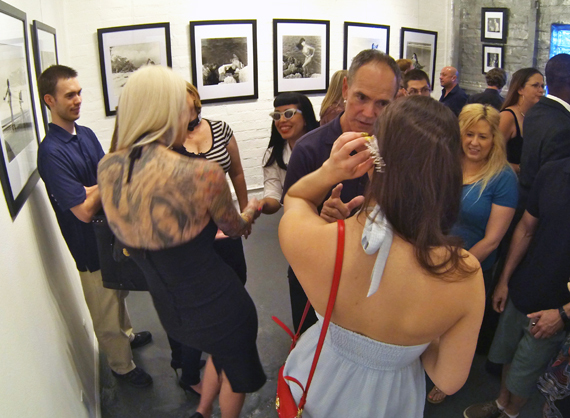 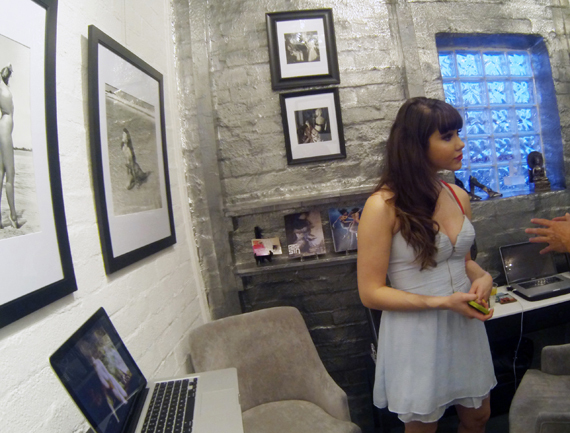