A part-time Burger King employee in Japan recently found out the hard way that management does not smile upon lounging atop piles of burger buns.

The employee posted a photo of himself in the aforementioned position to the Twitter account, @inotayuta. The handle has since been deactivated, but not before the photo went viral and caught the attention of Burger King management.

According to the English translation of a Burger King release supplied to The Huffington Post, the buns in the photo were "waste materials because of an order mistake." They were promptly discarded after the photo was taken. Still, it doesn't seem like the employee is off the hook -- he'll undergo retraining "to prevent a recurrence of such an incident."

At least he didn't get fired! Granted, his offense wasn't as severe as licking taco shells or peeing on nachos. 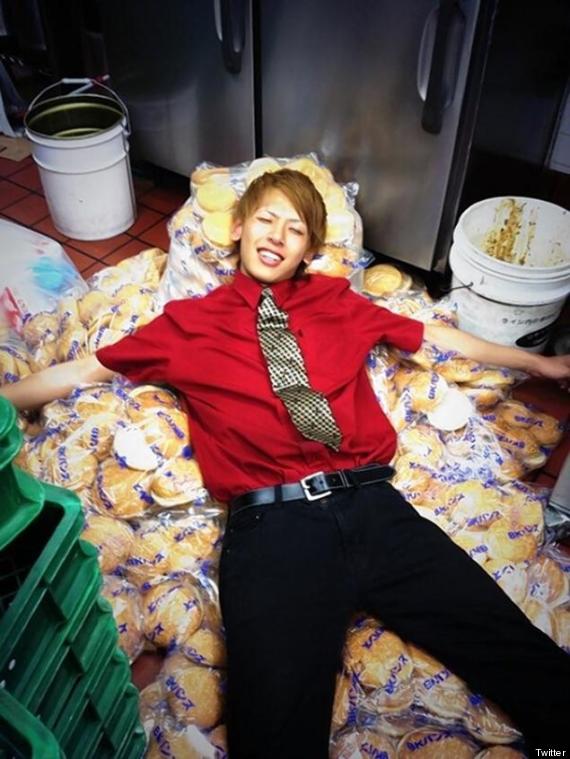 The Biggest Food Safety Disasters Of 2012