Poutine is one of the fattiest, most delicious foods you can ever eat. And now Burger King Canada is putting its own spin on the classic Canadian dish by adding pieces of Whopper. It's aboot time.

Though this isn't Burger King's first go-round with poutine (the fast-food chain already offers a traditional poutine dish and one with bacon), it is their first poutine creation with Burger King-specific ingredients. 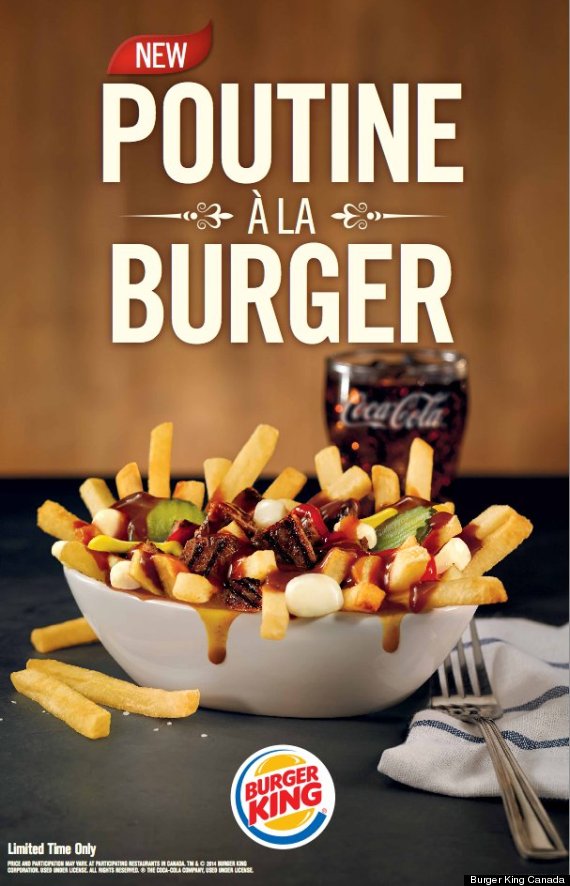 The only part of the dish we're not totally gravy with? The nutritional information: 880 calories, 46 grams of fat and a whopping 1,490 miligrams of sodium. Though everyone knows that if you're eating poutine, you're probably not looking to count calories.

Currently only Canadian locations are serving the dish and it doesn't make us Americans any less jealous. According to the images Burger King send HuffPost Taste via email, the dish will be available for a limited time only.