In the month of June, there were nine million tweets about burger chains. If we break that down to one tweet per person, that means that nearly three percent of the population of the U.S. tweeted about burgers. Let's just let that sink in for a second -- well, ignoring the fact that it's possible that some people tweet a lot about burgers while others don't at all.

Feel better after that deep breath? Okay, good. Peek Analytics, which runs all sorts of data reports on tweets, decided to take a close look at all this online burger talk. The company zeroed in on the top 20 burger chains to figure out what was the most popular on Twitter in over 12,000 cities and towns across the U.S.

Since the company was only analyzing mentions, it did not discriminate between positive and negative tweets. In other words, if someone tweeted something negative about McDonald's, that tweet still contributed to McDonald's overall popularity in a given city.

The most tweeted about chain was in fact, McDonald's. It was followed by Wendy's and Burger King, which is consistent with other findings.

If you take a look at the entire map of the U.S., here's how the burger landscape looks -- there's a lot of golden arches: 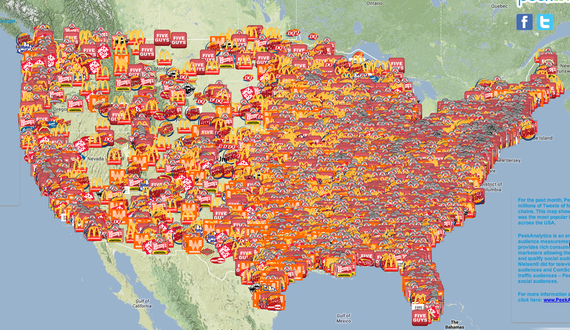 And here's just McDonald's tweets. Note the heavier concentration in the Midwest and East Coast: 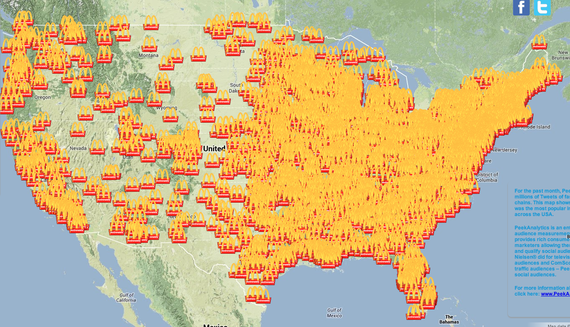 So how does a relatively local chain like In-N-Out fare? While there is a high concentration of tweets in California -- which makes sense -- it looks like East Coasters still want some of the In-N-Out action: 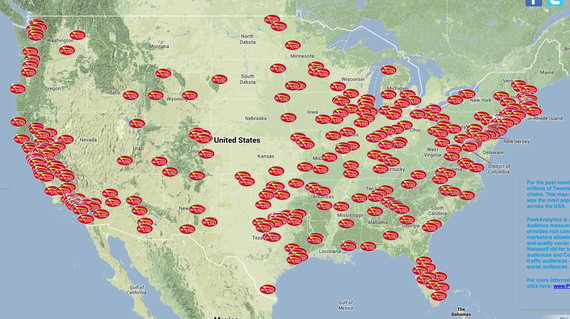 Likewise, Shack Shack, which is predominately on the East Coast, gets some love out West. And who would have thought that the burger chain most tweeted about in San Antonio, Tex. was Shake Shack? 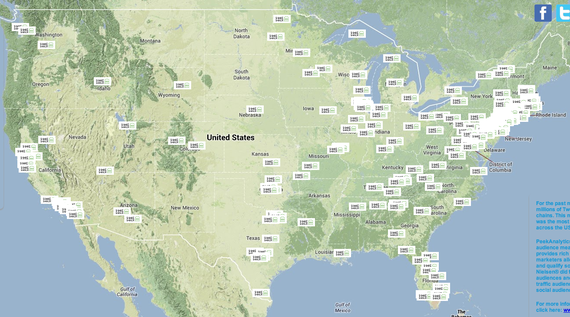 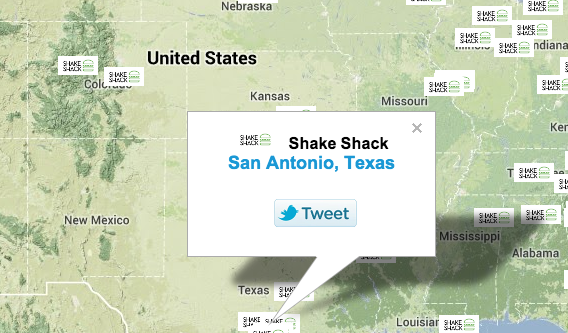 So what does all this burger tweeting data tell us? Well, remember that silly tweet you sent about how you're hungry for a Big Mac? Turns out people actually care.

Play around with the burger map here.