Earlier this year, news permeated the Internet of a machine that had the capabilities of creating a hamburger entirely on its own. The machine, in essence, would take raw ingredients like tomatoes, pickles, onions, lettuce, buns and your choice of meat, and out the other end would emerge a fully-cooked, ready-to-eat "gourmet" hamburger.

The implications of this machine, at the time, were heavy. Why do we need a machine like this? Are our chain restaurants not serving you a burger fast enough? Are we interfacing with too many humans as it is (note: sarcasm)? The new machine, which still remains unnamed, is capable of producing approximately 360 burgers an hour in a 24-square foot area. When the news of this machine surfaced earlier this year, no one knew where the robot's creators (Momentum Machines) would take their product. Would they sell to a burger restaurant chain and let them utilize their machine to streamline their kitchen? Almost 11 months later, the creators have expressed plans to create their own "smart restaurant" chain to strut the capabilities of their burger-making robot.

No word on how it tastes just yet, but here's what a burger made by machine looks like: 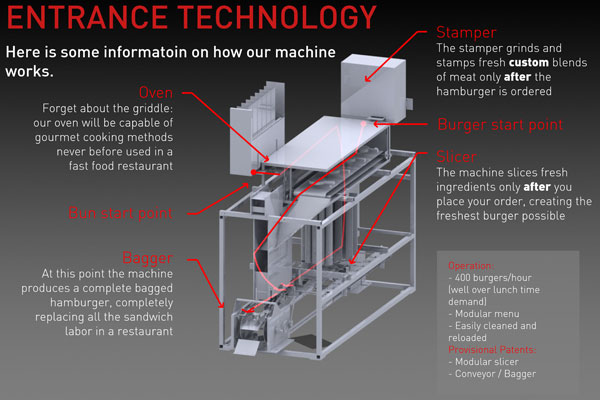 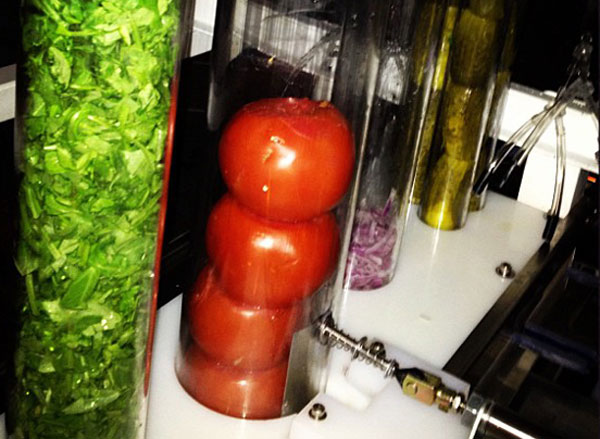 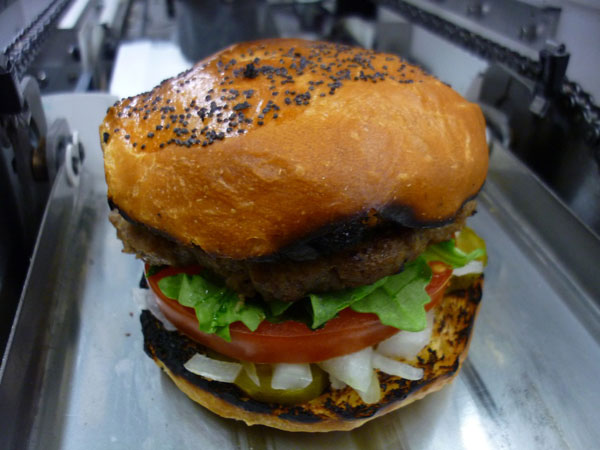 The question arises, what constitutes a "gourmet" burger? Yeah, in theory, with this machine, you can plug in quality ingredients like locally sourced tomatoes, quality-grade beef and freshly baked bread, but it's made by a robot, in mass amounts. Isn't this a step backwards in an age where folks are seemingly expressing a quiet revolt against the mundane and a shift towards chef-driven, quality menus?

A step forward for cool technology advancements and potential restaurateurs, but does this advance the consumer experience in any notable way? Unless the price of a gourmet burger suddenly drops to $0.99 and the robot is coined a "Burger ATM", it will be a curious sell to the consumer beyond the novelty of being served by a machine.

What do you think? Where do we go from here with a machine that will make a burger from raw materials? Even scarier thought, what if this machine produced burgers that tasted good? You know that awkward moment when you realize a robot might be making your burgers in the future?

That moment is here.