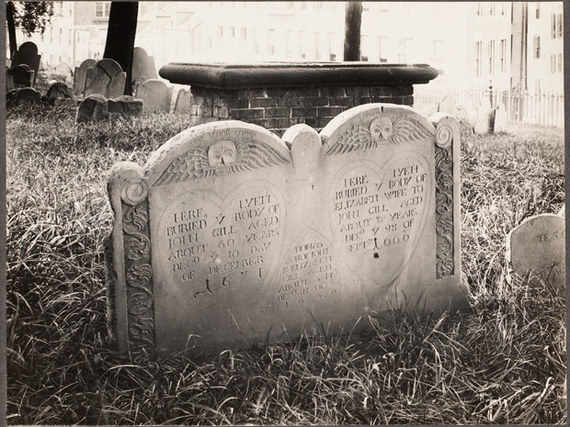 In 15 years, the city of Boston celebrates her 400th birthday. By American standards, she's a grande dame, and it's not just the years that speak to Boston's soul--it's the mileage.

The city was at the center of colonial America's tumultuous origins: from the witch hunt hysteria of the late 1600s to the Boston massacre and the Revolutionary War. Following the Battle for Independence, Boston led the charge of the American abolitionist movement, was a seat of power for some of most powerful families in the nation--collectively known as the Boston Brahmins--and served as a gateway for thousands of Irish immigrants.

Boston's long and troubled history is memorialized in the acres of burial grounds along its streets, which inter some of the most important figures of American history. In total, the City of Boston oversees 16 historic cemeteries and three larger garden-style cemeteries that date between 1630 and 1892.

The Boston Public Library opened its archives to reveal startling historic shots of these solemn spaces. Tour the Boston's historic cemeteries below. 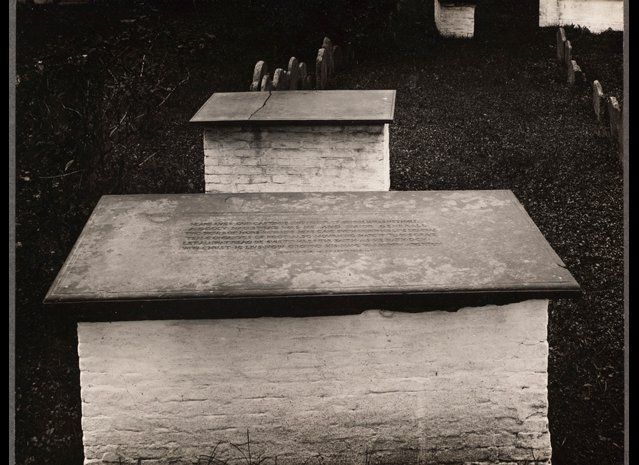 1 / 15
The Tomb of General Humphrey Atherton in the Dorchester Burying Ground
Over 1,200 people are buried in the Dorchester Burying Ground, one of the city's oldest. Founded in 1634, the burial grounds' residents include William Stoughton, a former Massachusetts governor and chief justice at the Salem Witch Trials, colonial general Humphrey Atherton (left), and some 40 Revolutionary War soldiers. Credit: Boston Public Library / Flickr