A military coup threw Burkina Faso back into political turmoil this week, less than a year after a popular uprising ousted a long-serving autocrat and brought hopes of democratic change in the West African nation.

The country was preparing for its first democratic elections, scheduled for Oct. 11, since popular protests ended the 27-year rule of former President Blaise Compaore last October.

The coup leaders, calling themselves the National Council for Democracy, appeared on Burkinabe television on Thursday to announce that they had taken power. Thousands poured onto the streets around the country to protest the coup.

"I am worried and against the putschists. We are demonstrating because we want the [democratic] transition process to unfold," protester Aissata Kabor told Reuters.

At least six people were killed and 60 were wounded when security forces opened fire on the protesters.

The junta said Friday they had freed Kafando and his ministers, but were keeping Zida under house arrest. Protests against the power grab continued in cities around the country, and union leaders announced a nationwide strike.

Here’s the story behind the dramatic turn of events in Burkina Faso, and what it means for the country and the rest of the Africa.

Who’s behind the coup?

The coup was carried out by members of the presidential guard, known by its French acronym RSP. As the BBC’s Lamine Konkobo explains, the elite unit was set up for self-protection by Compaore and is seen as still loyal to the former president.

The RSP frequently operates independently from other forces, and it was not yet clear how much support they had from the rest of the military.

Compaore is living in exile in the Ivory Coast. He has so far kept silent on the coup and the junta denied he was in any way involved, although some fear he could be quietly planning to stage a comeback.

Whatever Compaore’s role, the seizure of power was led by his closest political ally. Gen. Gilbert Diendere, named Thursday as chairman of the so-called National Council for Democracy, was Compaore’s right-hand man during his nearly three decades of autocratic rule.

What do they want?

The generals claimed to be acting in the interest of the country, saying that the upcoming elections would be too divisive because Compaore’s supporters were barred from running. The transitional government passed an electoral law in April blocking members of Compaore’s Congress for Democracy and Progress party -- and anyone who supported his bid to extend his rule last year -- from elected office.

However, the unit may have had even more pressing concerns -- to stop the interim government disbanding it. Two days before the coup, the government’s national reconciliation commission had recommended the RSP be dissolved and its members integrated into the national force, saying it had become "an army within an army."

Tensions between the RSP and the transitional government had been brewing for months. Senior RSP officers demanded that Prime Minister Zida resign in June after he called for the unit to be disbanded. Zida, a former RSP commander himself, expressed  concern that he was under threat, and began to moderate his criticism of the RSP.

The unit is controversial on many fronts. The regular army resents the privileges and money lavished on the elite guard under the previous president. Human rights groups accuse it of having used excessive force during the peaceful uprising of 2014, in which at least 24 people were killed. Thousands of protesters attended rallies against the RSP in Burkina Faso earlier this year, accusing the unit of meddling in politics and intimidating the general population.

The generals have pledged not to stay in power long and said they will just oversee preparations for more inclusive elections. Analysts, however, say it's unlikely elections will go ahead as scheduled. Politicians and civil society have reacted in outrage.

The speaker of the transitional parliament, Cheriff Sy, declared himself the country’s leader Thursday, and urged the rest of the military not to support the coup.

Regional leaders rushed to negotiate a way out of the crisis. Presidents Macky Sall of Senegal and Thomas Boni Yayi of Benin, representing the Economic Community of West African States, arrived in the country on Friday to oversee mediation efforts.

History suggests that this coup may not last long, Denver University research fellow Jonathan Pinckney writes in Foreign Policy. The combination of massive public protests and political opposition, as seen in Burkina Faso, has in the past stopped the military uniting behind coup leaders, he explains. And the RSP, a force of around only 1,300, will need the rest of the military’s support to keep control of the country.

Even so, there is no simple way to resolve the crisis, as neither side has much willingness to negotiate, International Crisis Group West Africa Analyst Cynthia Ohayon points out. She does believe public opposition and international pressure will eventually force a solution, but argues that it may take some time.

Will the effects of the coup be felt outside the country?

Burkina Faso is a close military ally of the U.S. and France in their fight against extremist militants in the region, including Boko Haram in Nigeria and Al-Qaeda linked groups in Mali. So, world powers have an interest in preserving their alliance, and ensuring the country remains stable.

More immediately, the coup is also a symbolic setback for Africans struggling for democratic change across the continent. The peaceful ouster of Compaore last year gave hope to democracy advocates in several African countries -- including Angola, Benin and the Democratic Republic of Congo -- where long-standing leaders continue to cling to power. Some protesters predicted a “Black Spring” in Africa.

If the elections had taken place smoothly, this would have been a huge step forward for the country and this could have set a precedent for other countries. But the uncertainty that now prevails means Burkina Faso could be thrown back years in terms of democratisation. This will be used as an argument by autocratic leaders to show that when they leave power, instability automatically follows. 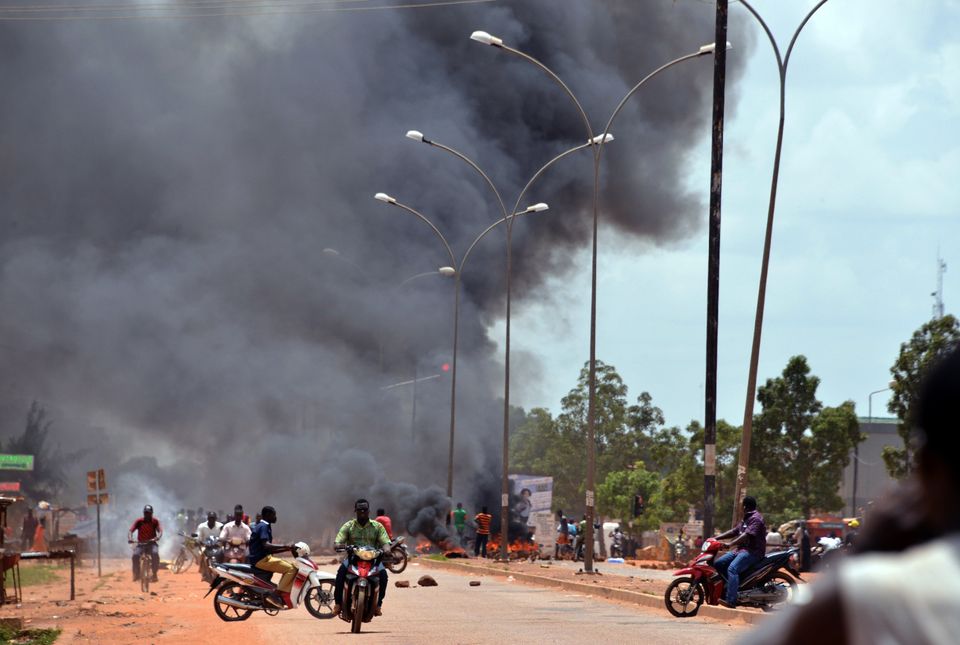