Editor's Note: Bernard-Henri Levy's opinions are his own and do not represent those of The WorldPost.

PARIS -- This burkini business is deplorable.

Deplorable -- and grotesque -- is the image of a France where the vice squad forces women not to cover up but to take it off.

Lamentable -- and, alas, predictable -- is the spectacle of the Conseil d'Etat, France's highest court, overturning, to the great delight of the provocateurs, bans imposed by mayors in the south of France that were justified neither by concern for public order nor by the principle of secularity.

Imagine for a moment the authorities' confusion if all of the Islamo-leftists and their allies were to decide, in "solidarity" with their "comrades" or their "sisters" who are victims of unacceptable "stigmatization," to descend in droves to the beaches sporting burkinis and chanting, "We are all persecuted burkini wearers."

That is not an idle fantasy. It is a proposal that appeared on social networks. But, happily, it has not been put into action. Regardless, it is a catastrophe scenario that the authorities have to plan for.

Concealed under the burkini was a trap. And once that trap was set, the worst possible solution was, by overreacting, to jump in with both feet and spring it. 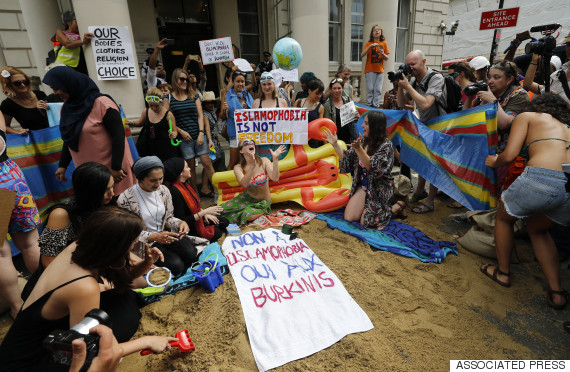 Activists protest outside the French embassy during the "wear-what-you-want beach party" in London on Aug. 25. (AP Photo/Frank Augstein)

It was a double trap. A reputational trap: the authorities and the republic they represent were made to look ridiculous. And a moral trap: this has become a revolting, humiliating hunt for burkinis and the women wearing them.

Yet, at the same time, the matter is complex. It is obviously not by chance that women appeared on the beaches wearing these outfits this summer. No doubt some of them were acting in good faith out of modesty or for other reasons of their own; these women may well have dressed in the same way in previous years.

The authorities and the republic they represent were made to look ridiculous.

But it is hard not to see that for many others, donning the burkini is a political statement linked more or less directly with French politics over the last few months. In other words, the burkini, while not yet a fashion, is already a wave. More precisely, it is the crest of a wave -- the wave of radical Islam that is everywhere on the offensive, although all burkini-wearing women must not, of course, be associated as terrorists.

And it is probable that, for the architects of this extended war unfolding on all fronts, the phenomenon has provided the ideal opportunity to score a double victory: on the opinion front, transforming the defenders of republican democracy into imitators of the Taliban busily regulating the length of skirts and the coverage of bathing suits; and, in the same motion, promoting the re-confinement of women in the cloth prisons presently required in Afghanistan, Pakistan, Saudi Arabia and elsewhere. 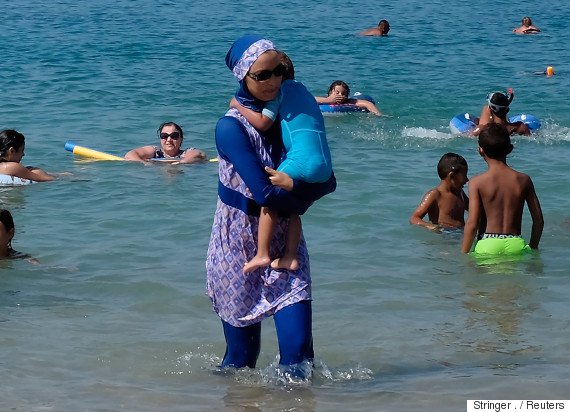 A woman wearing a burkini walks on a beach in Marseille on Aug. 27. (REUTERS/Stringer)

Are these women acting voluntarily? Have they, of their own free will, accepted the idea that the sight of their bodies should be a source of guilt? That's possible.

But a good deal of bad faith -- or gullibility, which is almost worse -- is required to claim to have just discovered a mechanism of voluntary servitude that was described five centuries ago by Etienne de La Boétie.

Moreover, it is hard to see how or why women should not be among the participants in an ideological offensive that spans the Muslim world and that here, in Europe, never stops testing the resistance of its opponents -- an offensive of which the burkini business is just the most recent and, for the moment, derisory illustration.

For many, donning the burkini is a political statement.

So? So, therein lies the whole question. The question is not religious -- it's political.

And although it confronts everyone in France, one must admit that it applies with particular acuity to those who, in one way or another, identify with Islam. What do they think about this infringement of the republican principle of strict equality of the sexes?

Are they or are they not troubled by visible discrimination on the beaches, with men free to flex their muscles, show off their tattoos and display their virility while subordinate women are kept under wraps lest the sight of their body offend someone?

Should this step backward be encouraged or discouraged? What if more women who, by virtue of a political reading of the Quran, chose or passively assented to return to the time when the second sex was deemed shameful, impure and dirty? 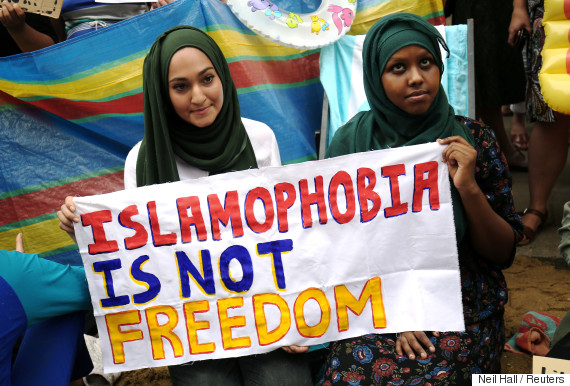 Protesters demonstrate against France's ban of the burkini, outside the French Embassy in London on Aug. 25. (REUTERS/Neil Hall)

And is this really a matter purely of personal choice, as asserted by the advocates of the downward adjustment of the rights won so dearly by feminism?

Or are those rights, like certain other fundamental rights, essential parts of the complex and fragile edifice -- fragile in the sense that when one beam fails the roof is prone to collapse -- that is our common republican house?

On these questions, imams, association leaders and other moral authorities to whom Muslims look for guidance have a responsibility to respond promptly and deliberately.

Is it not troubling that on beaches, men are free to flex their muscles, show off their tattoos and display their virility, while women are kept under wraps?

It is up to them to remind their followers and members that democracy, like France itself, must be considered as a whole, and that by returning to a time when the practitioners of all the major religions believed that it was permissible to hide their women, it is democracy as a whole that is threatened.

A group of distinguished French Muslims published in late July an appeal for the reform of Islam in France. It is a reform made necessary, they said, by a series of villainous attacks that they duly inventoried (omitting, however, the killings at the kosher market). It would be gratifying if they would find the courage now to declare that standing firm on women's rights is as important as staunchly defending the freedom to satirize, to stroll on the Promenade des Anglais, to sit at a sidewalk cafe, to attend mass safely or to go to a concert at the Bataclan.

Those are the stakes.

And that should be -- calmly, without panic -- the response. It is not a magic wand that will halt the spread of Salafism in France. But ultimately, it will be a hundred times more effective than hastily issued regulations that are both inconsistent with the rule of law and counterproductive.

PHOTO GALLERY
Veil Bans Around The World
Download
Calling all HuffPost superfans!
Sign up for membership to become a founding member and help shape HuffPost's next chapter
Join HuffPost 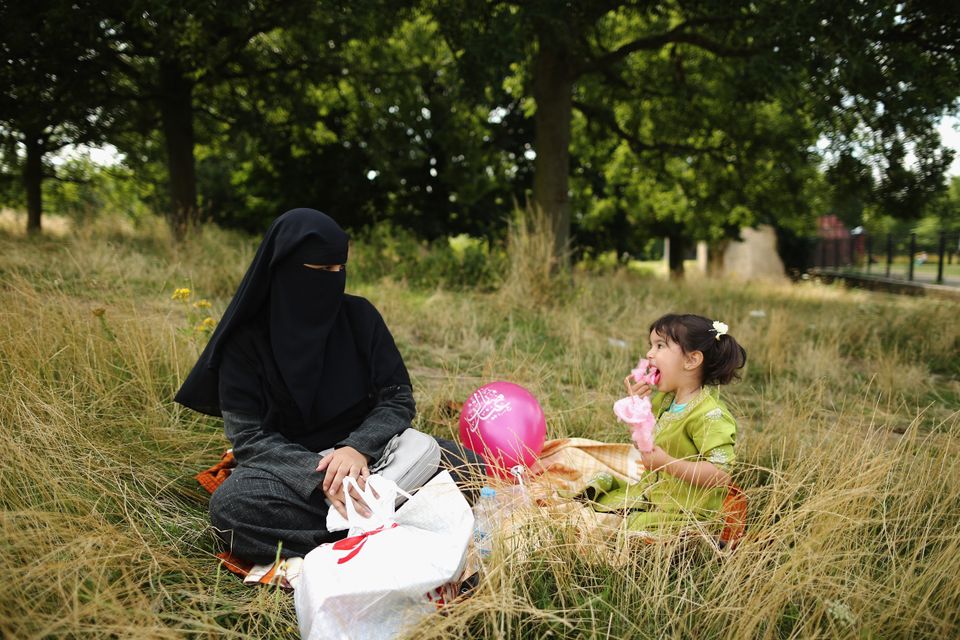