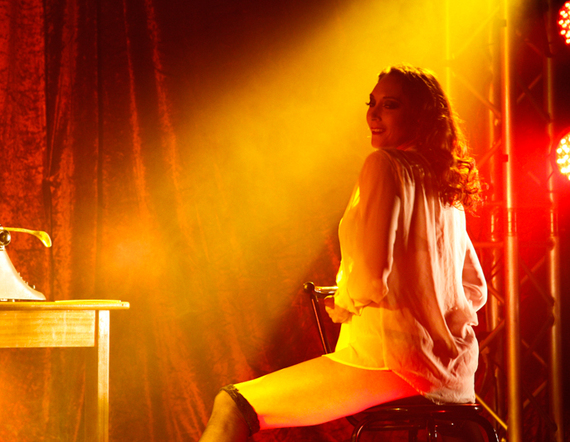 I have a tendency to approach things I don't understand with skepticism, often borne out of some kind of fear, I suppose.

Until recently, with no real understanding and no first-hand experience of burlesque, I was certainly skeptical of this art form and its growing popularity in South Africa, as well as claims that it empowered women. If I'm honest I would go so far as to say that, yes, I even feared burlesque a little, though I'm not sure I can explain why.

But whatever it was, when I sat down to meet with Tenille Lindeque-Joshua, aka Lady Magnolia and surely the undisputed Queen of Cape Town's burgeoning burlesque scene, I was at least willing to allow her to win me over, to rid me of my skepticism and certain unfounded preconceptions I might have had.

I was fairly sure that she had to deal with skeptics like me on a regular basis, probably much worse in fact. South Africa, after all, is in many ways a very conservative country where women's sexuality is still all too often, as Tenille put it, "demonized and stigmatized," and where patriarchy, misogyny, gender-based violence and rape are intricately woven into the everyday fabric of the place.

In prohibition America of the 1930s and 40s, burlesque helped usher in a new era of feminist liberation. In an interview with Huffington Post, photographer Marie Baronnet put it as follows:

"These women were pioneers, using their art to conquer for themselves and for other minorities their independence. They were natural activists of the feminist cause, consciously for some, not so much for others. But they all were 'free spirits' at heart, and so bold for their time."

Perhaps the same could be said for those pushing the movement in South Africa today. Given the context described above, there is surely no doubt that the growing South African burlesque scene is pushing boundaries (and courting a certain amount of controversy) even just by existing in a country like South Africa. And so long as it continues to do so, it is certainly an art form worthy of broader interest, conversation and analysis.

Tenille and I first met up to discuss a benefit event called The Grand Exhibition that she hoped would go some way towards that end. This event was to be a big celebration of all things burlesque, that Tenille hopes will become an annual thing taken up by burlesque communities in cities all over the world, hosted simultaneously and with all proceeds going to various NGOs and charitable causes that help women.

All proceeds from this year's Cape Town event went to Rape Crisis, a local NGO that looks to support rape survivors on their path to justice and recovery. Events were also hosted in Jo'Burg and Pretoria.

Again, this certainly wasn't my usual beat, but Tenille had asked if I'd be interested in covering the event and a mixture of intrigue and wanting to help what was undoubtedly a good cause had made it impossible to say no. I planned to make sure I knew as much as I could about burlesque before the event itself. 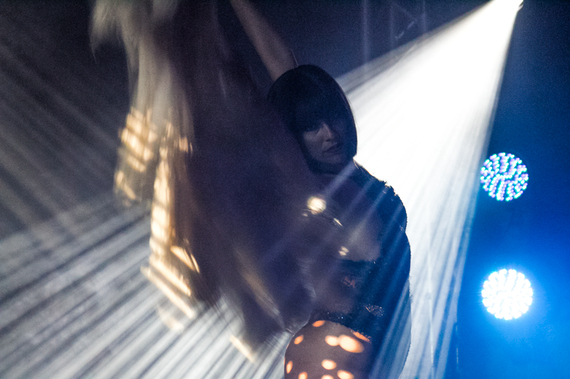 So as my coffee arrived, I got right to it:

What separated burlesque from "traditional" strip club-style stripping, I asked.

Clear enough. I also thought to myself that this tied in with the relevance of Rape Crisis as the beneficiary of The Grand Exhibition (not to mention of all other burlesque events organized by Tenille).

Rape, somewhat like Tenille's description of "traditional" stripping, takes a woman's sexuality, her body even, then hollows it out and makes it something that she is no longer the sole owner of. Burlesque, according to Tenille at least, allows the performer to take back the power of her sexuality, to fill her body and celebrate this as something that is hers alone.

I moved on to probe Tenille on what differentiates burlesque performers from brazen music stars such as Beyonce, Niki Minaj and Rihanna -- women who many claim are also empowered (both sexually and otherwise), but who I personally feel are presenting a very limited or in some cases unattainable version of empowerment to those that admire them or see them as role models.

"One of the things that makes burlesque empowering is that it's a very body positive movement," Tenille said. While Beyonce and Niki Minaj were almost "caricatures" who were "representing a minority of women", burlesque could provide a platform for "all different shapes and sizes".

"The media gives us a one-dimensional picture of what's beautiful . . . Burlesque isn't a picture, it's an experience . . . and a whole sensation of what feels beautiful".

Already, I found myself nodding enthusiastically. Tenille certainly knew how to sell her product, and my feminist leanings probably made me a weaker opponent than I'd liked to think. But the real test would be the live event itself, which I suddenly found myself very much looking forward to.

Arriving at the venue on a Saturday night, I was pleasantly surprised by how mixed the crowd was. I'd been led to believe that burlesque was predominantly watched and supported by women, but from a quick glance around the room, it seemed that the ratio at The Grand Exhibition was only slightly in favour of the fairer sex. 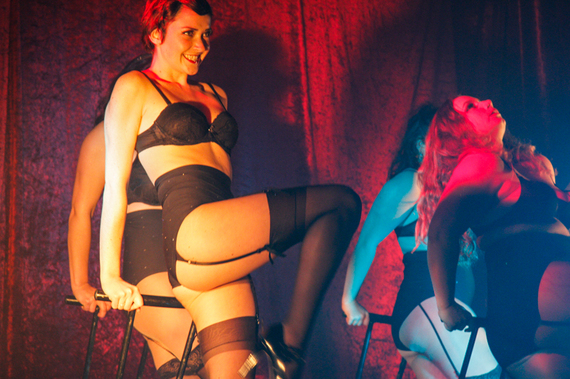 I'd also expected it to be a predominantly hipster affair, but many of the audience members looked like they'd be more at home at a family-friendly Johnny Clegg concert than a burlesque extravaganza.Was this to be burlesque's big entrance into the mainstream?

Tenille was the MC for the night. Before the performances commenced she made sure that we all knew a thing or two about burlesque etiquette ("This is the only time it is ever appropriate to wolf-whistle at a woman"), gave us a brief lesson in burlesque history and its role as a tool of empowerment. As she had said to me in our interview, "every show is an education for the audience".

It certainly was. After just the first few acts, I had already learnt that burlesque was a far more multi-faceted, complex and thoughtful creature than I'd perhaps anticipated.

And though there were certain performances I liked and others I didn't, in both cases it was generally very clear that, again as Tenille had put it, the performers were "pandering to their own desires, not yours", and having a damn good time doing so.

Having said that, there were moments that made me feel uncomfortable, particularly a less playful and more overtly sexual solo performance by perhaps the youngest performer on stage that had two old and rather creepy-looking men in the front row holding their crotches and practically drooling. Did they go away thinking they'd just seen an empowered young woman taking ownership of her sexuality? Probably not.

But if she herself felt empowered, did it really matter what those men thought? Is it burlesque's job to be changing male perceptions as well as empowering women? How much influence does the one have on the other? If the audience continues to grow and diversify, perhaps these questions will become more pertinent.

The question of colour might also come to the fore. There was a distinct lack of black skin on the stage at The Grand Exhibition, and Tenille herself conceded to me in our interview that a black audience member once approached her and said that, although she loved the show, she was "disappointed to not see myself represented on stage".

While the burlesque scene may represent a variety of "shapes and sizes", the almost uniform "whiteness" of the community (not only in South Africa, but seemingly worldwide) suggests that being empowered and taking ownership of your sexuality is something that remains far away from the reality and perhaps even the imagination of most black South African women.

The sad truth is that white women, and white bodies, are still often afforded a greater level of respect and sanctity in society than black women and black bodies.

As the proceedings of The Grand Exhibition wound down and we made our way towards the exit, I realised I was leaving with more questions than I'd arrived with, and many of them didn't seem to have any easy answers. Fast forward to today, and this still remains the case.

But perhaps that's precisely the point. Burlesque won't give you everything that you want. It panders to its own desires, not yours. Everything else is up to the rest of us.