When Daw Aung San Suu Kyi visits the White House in September for the first time as Burma's State Counselor, she will be focused on something more sustainable than the positive acclaim she can expect everywhere: building the economic component of our relationship.

Of course, her personal story -- and by extension, Burma's -- always bears retelling. The last time Daw Aung San Suu Kyi came to the United States, she was a member of parliament. Before that, she couldn't visit at all because she was a political prisoner under a military regime. But now, after decades of military rule, Daw Aung San Suu Kyi and President Htin Kyaw head a legitimately-elected civilian government.

More than 100 men and women -- once political prisoners themselves -- are now parliamentarians. And the new government has begun the laborious and patient process of building a democracy and an economy -- virtually from scratch.

And there's the rub. Burma's full transition to an enduring democracy and inclusive economic growth is a work in progress. There are serious challenges ahead, in terms of human rights, labor rights and structural impediments to economic growth.

Recognizing this, Daw Aung San Suu Kyi will be eager to demonstrate to her people that there are economic benefits to this democratic transition. To achieve that, she will work to convince American businesses that Burma is truly open for business with a secure and dependable democracy and a pro-business investment climate.

Our broader diplomatic efforts have been committed to supporting that outcome, from easing sanctions against the former government to working with the new government to build trade and investment.

And as the State Department's leading advocate for America's economic and business interests abroad, I have worked with my Bureau within the Department, my interagency colleagues, and U.S. companies to help fulfill the same agenda.

That is why, in support of Secretary Kerry's American Innovation Roadshow series across Asia and President Obama's U.S.-ASEAN Connect initiative, I led a business delegation to Burma this month. 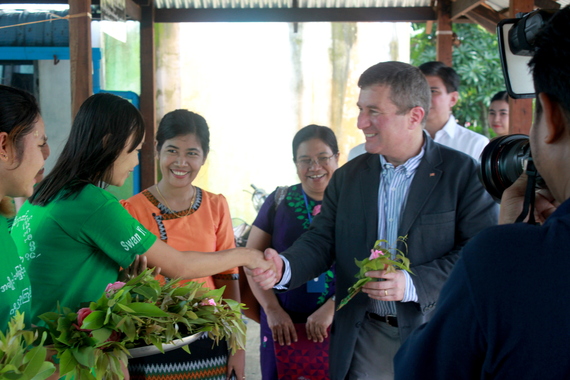 Accompanied by senior executives from IBM, General Motors, the Omidyar Network, and Deloitte, among others, I met with the new ministers of the democratically-elected government -- some of whom had been in prison for decades following their involvement in the pro-democracy movement.

We discussed a variety of topics, from the importance of an investment environment that supports transparency, predictability, and rule of law to building smart cities. And we underscored that U.S. businesses don't just invest abroad; they empower local communities, they model responsible business practices, and they bring international best practices, high standards, and new technologies to the economy.

Our visit was not restricted to government meetings, however. We went in search of the people who will be Burma's greatest economic asset: its entrepreneurs.

As a former CEO myself, I enjoyed participating on a panel at Phandeeyar, with US-ASEAN Business Council leaders, where we listened and responded to the business pitches of young entrepreneurs. Their innovative spirit reaffirmed for me that Burma's young nation is more than ready to help grow their economy, given the opportunity.

It should be remembered that, in the 1940s and 1950s, Burma's rural productivity was so high, the country was often referred to as the "rice bowl" of the region. With more people empowered and engaged in the agricultural sector than any other, it is clear that reviving Burma's rural entrepreneurial spirit will be critical towards building better lives for the Burmese people.

We saw many examples of that growing spirit. In one village, for example, Coca-Cola has partnered with the NGO "PACT" on a micro-banking initiative called Swan Yi. This initiative empowers women by helping them save money, access credit, and start small businesses. 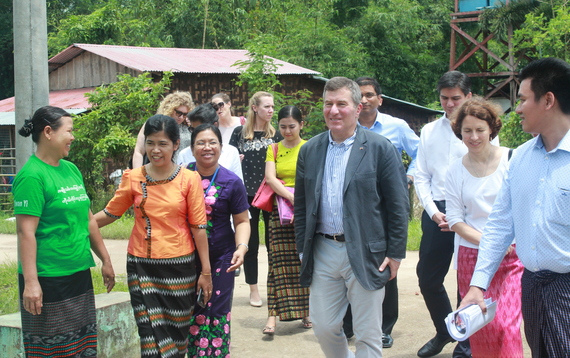 We were invited to witness a circle of women convening one of their regular meetings to support and expand local businesses. I was particularly moved by the pride of one woman as she showed us the herd of goats she now owned as a result of this initiative. Thanks to a loan from this group, she can begin to build her own sustainable livestock farm. 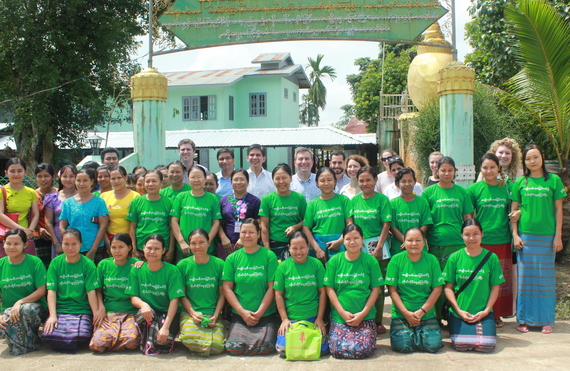 These and other highlights during a memorable visit brought some powerful truths home. Burma is still a fledgling democracy and a nascent economy, squinting at the bright light of opportunity. But it has the potential and the resources to build a better future for its people.

Those resources include Burma's natural wealth; from timber and precious stones to natural gas and oil. And by 2025, Burma is projected to be within a five-hour flight of more than half of the world's consumers.

Finally, there is Burma's most important resource: its people -- whose economic potential has yet to be fully realized.

Through our ongoing diplomatic engagement and our U.S. investors, we will continue to support the people of Burma every step of the way. By standing together, I'm confident our countries can build mutual prosperity and ever broader opportunities for our people.