For millions of people in Burma and for supporters of Aung San Suu Kyi around the world, Sunday's election appears to be the fulfillment of their dreams. Aung San Suu Kyi's National League for Democracy (NLD) looks to have won a landslide victory, ending more than fifty years of military rule. Democracy has finally arrived. Or has it?

Burma's generals didn't suddenly wake up one day believing in democracy. They wanted to end sanctions and their pariah status, but they didn't want to give up control of the country. They knew that couldn't win an election. The NLD are far too popular. Their solution? A shiny new constitution which has the appearance of a democracy, but which still gives them ultimate control.

When the new Parliament sits, the realities are going to start hitting home. Newly elected MPs will be joined by 116 MPs, 25 percent of the total, who are appointed by the head of the army. These MPs will choose one of the two vice presidents, who will, like them, be a soldier.

Burma now has a hybrid system of military rule and democracy. It's democracy on a leash.

The generals despise and fear Aung San Suu Kyi. They put a special clause in the constitution that a president can't have children who are citizens of foreign countries, which she does, to prevent her becoming president.

The head of the Burmese army also gets to choose key government ministers. The Defense Minister, Home Affairs Minister and Border Affairs Minister will all be serving soldiers. This puts the armed forces outside of the control of the new government. The government will also not have control over the police, justice system, security services or issues in ethnic sates, critical for ending conflict which has lasted for more than 60 years.

In terms of human rights, this is a disaster. The Burmese Army has been committing horrific human rights abuses against ethnic minorities in the country. Rape is used as a weapon of war, farmers are tortured and executed, and villages are bombed and burned. Legal experts say the abuses taking place meet the legal definition of war crimes and crimes against humanity. An NLD government will be virtually powerless to stop this.

Every decision the government makes, it will have to keep looking over its shoulder, judging how far it can safely go.

The issue of political prisoners, which has also plagued the country for decades, won't be going away. During the election campaign, people were thrown into jail for Facebook posts that the army didn't like. Without control of the police or being able to create a truly independent judiciary, this is another area where the NLD will be hamstrung. People could still be jailed for their political beliefs or actions.

An NLD government can't even use the military budget to try to reign in the army. The army sets its own budget. The government has to make do with the money left over. No surprise then, than military spending is higher than health and education combined.

Just in case an NLD government still tries to implement policies the military doesn't like, above both parliament and government is a National Defense and Security Council. Constitutionally, it is the most powerful body in Burma. It has eleven members, six of whom come from the military, so it has a built-in majority. It could overrule decisions made by an NLD government.

In terms of human rights, this is a disaster.

As if all these checks on the power of the government were not enough, the military also inserted clauses in the constitution that give it the right to retake power for vague and unspecified "national security" and "national unity" reasons. Basically, any time they like. Every decision an NLD government makes, it will have to keep looking over its shoulder, judging how far it can safely go.

Given all this, it's not surprising that one of the top priorities for Aung San Suu Kyi and the National League for Democracy is constitutional reform. The generals realized this as well. That's where the 25 percent of seats reserved for them in parliament comes in to play. To change the constitution, more than 75 percent of MPs have to vote for it. This means the military have veto power over constitutional reform. No change unless they decide they want it.

Despite all these problems, having an NLD government, however hamstrung, will undoubtedly be better that what came before it. But it isn't democracy, and it isn't acceptable. It can't be described as a step in a transition process, because under the constitution, no further steps towards a genuine democracy are possible.

The military inserted clauses in the constitution that give it the right to retake power for vague and unspecified 'national security' and 'national unity' reasons.

Burma now has a hybrid system of military rule and democracy. It's democracy on a leash. It might be good enough for much of the international community, who keep patronizing Burmese people by telling them these things take time and no transition is smooth, but it isn't good enough for Burmese people. In Western countries, a situation where the military are not under the control of the government and where the military appoint key government ministers, would be considered completely unacceptable. It is just as unacceptable in Burma.

A long slow transition means many more years of human rights abuses. More women raped by the Burmese Army, more political prisoners, more villages burned. The victims of human rights abuses can't wait for a hoped slow transition. They need genuine democracy, and they need it now. For them it is, quite literally, a matter of life and death. It isn't time to celebrate yet. 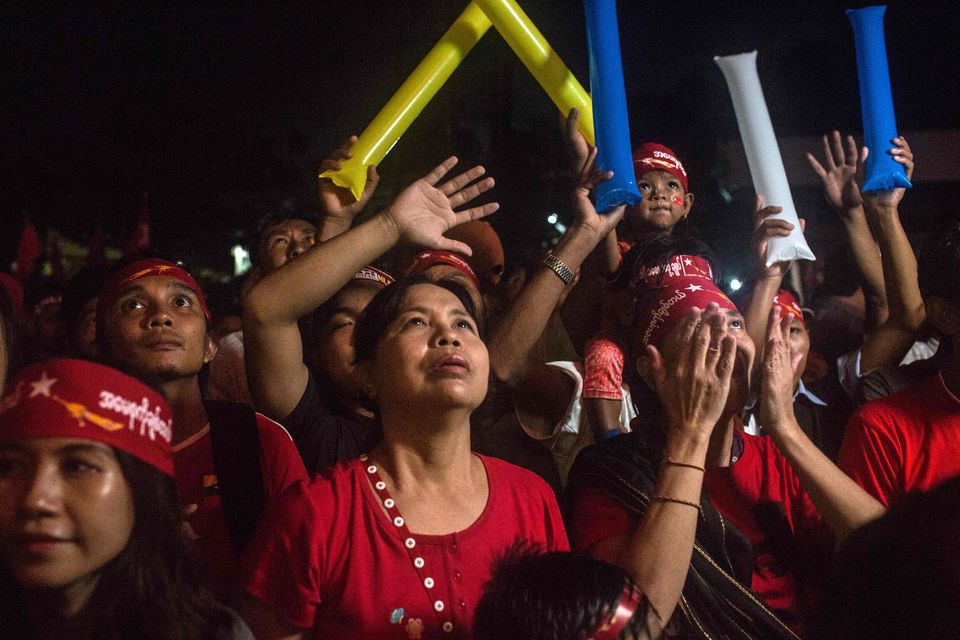