Sick of salads yet? It's about two weeks into the new year, and if you're still adhering to your New Year's resolutions, you're either a brave soul or a very stubborn one. Either way, we applaud your efforts to eat healthy this year... and we're here for you when you need a break.

As indiscriminate food lovers here at HuffPost Taste, we're equally fond of healthy and, er, decadent dishes. You can lean on us when you need relief from the healthy stuff (just get a load of these fondue, ice cream and nachos recipes). Or, we can show you how to make healthy look good, whether it's turning bananas into ice cream or making avocados taste like chocolate. Now we're going to enlighten you with Burmese salads.

In Myanmar, people turn pretty much anything into a salad by thinly slicing or chopping a vegetable (or two, or three) and tossing it with everything from sesame seeds and fried peas to onions and baby prawns. Fish sauce and lime juice are also typically added. Not only are Burmese salads brimming with ingredients, which in and of itself will prolong your attention span for more than a few weeks, they are also really diverse, running the gamut from a simple cucumber salad to a more intricate ginger salad. 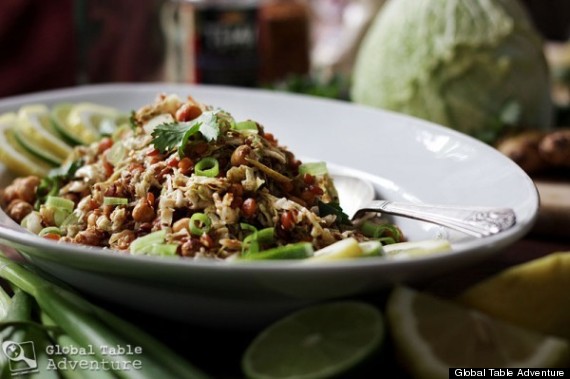 Salads, known as thoke, are eaten all day long in Myanmar -- at breakfast, accompanying meals, and as late-night snacks. With their incredible diversity, it's no wonder they're enjoyed so often. What's more, depending on the state of the primary vegetable, salads can either highlight the freshness of an ingredient or liven up those that don't taste as great out of season. (Yes, we're thinking primarily of tomatoes.) Adding a ton of crunchy texture and sour or tart flavors help make the most of any vegetable.

We would agree with you, for example, that it's hard to do better than salt-sprinkled tomatoes in the late summer. If it isn't August, however, and you don't have superior tomatoes on hand (like, um, right now), Burmese tomato salads can make everything better. 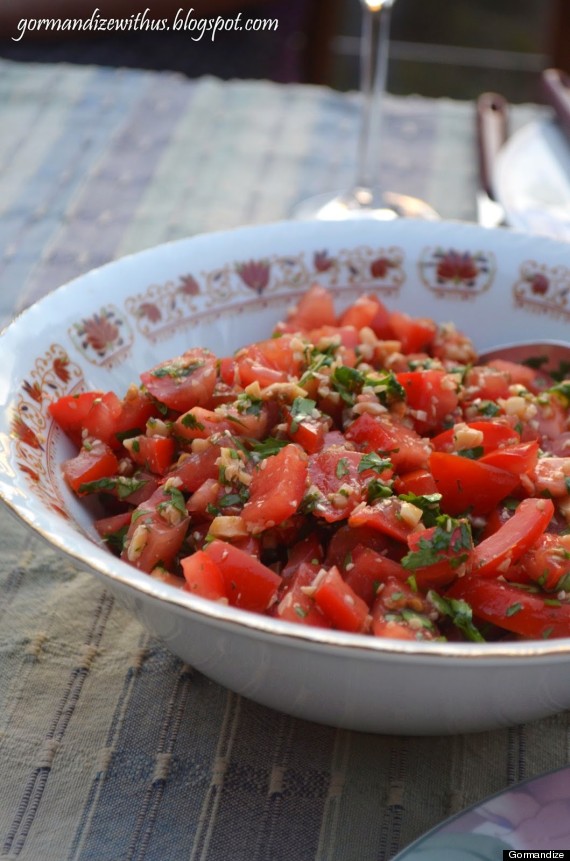 Get the Burmese Tomato Salad recipe from Gormandize 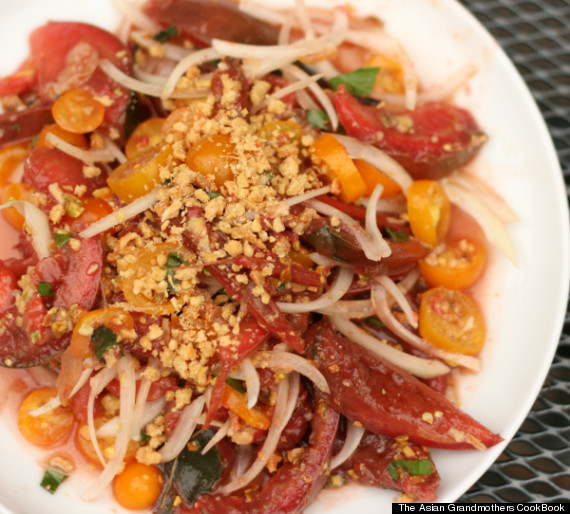 The most iconic salad in Myanmar is also one of the country's most famous dishes: tea leaf salad. Known as lephet thoke, tea leaf salad is composed of fermented or pickled tea leaves and a variety of mix-ins. Typically the leaves will come with sesame seeds, peanuts, garlic, and crunchy dried or fried peas and beans. The salad might also be mixed with cabbage or tomatoes. You'll see it preassembled to eat as is, or the components will be sold or served separately, so individuals can build their own salads to their liking. The bitter and sour salad is a common pick-me-up as its tea leaves serve as a mild stimulant. In addition to being an any-time snack or side, lephet is also eaten as a dessert. Salad as dessert: we told you Burmese salads are better than yours. 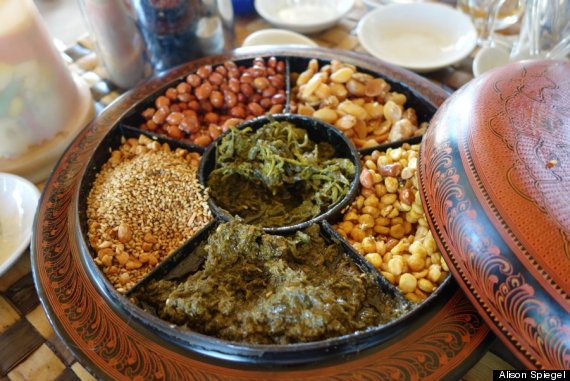 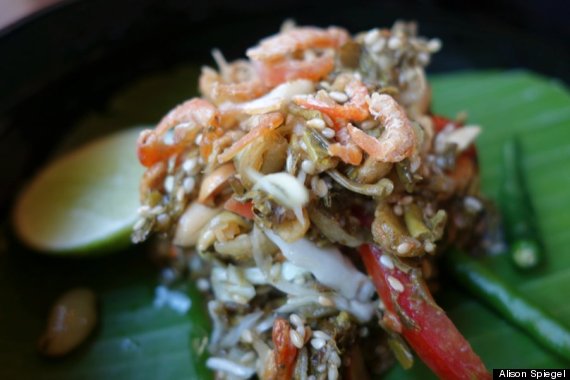 The bottom line is that no matter where you live, be it Myanmar, New York City or somewhere in the middle, salads don't have to be boring. But the truth of the matter is, eating salads day in and day out can get old if you don't make an effort to keep things exciting. Baby spinach, goat cheese and figs? We're over you. Another kale salad? Groan. Take a page from Myanmar's book and add some spice, crunch and sour flavors into your salads, and you'll never find yourself underwhelmed, listlessly picking through another boring bunch of greens again, placing an order for fries half way through your meal to compensate. You may still want to order the fries -- why wouldn't you? -- but salad will no longer make you a little sad inside.