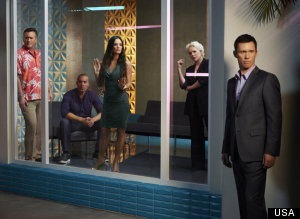 "When you're a spy, it can be hard to accept that the mission is over."

That isn't a line from the "Burn Notice" series finale, which airs Thursday on USA; it sprang from my own brain. I've heard Michael Westen (Jeffrey Donovan) do that kind of narration so often that it was hard to resist the urge to channel that deadpan voice one more time before it's time to say goodbye to the show.

There was a lot of USA Network DNA in this show from the moment it debuted: It had the blue skies that the network's shows are known for, and the Miami setting allowed for a lot of skimpy bikinis, palm trees and mojitos.

But the show's deeper arc -- which told the story of a spy who had to learn how to dismantle the mental compartments he'd so diligently built and reconnect to the people in his life while he rebuilt his professional reputation -- was what gave the show its heft and texture. You could also argue that it paved the way for "Suits," "Covert Affairs" and "Graceland," which tend to go darker and more serialized than earlier USA shows like "Psych" and "Monk." 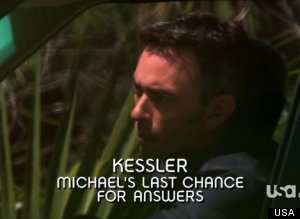 In its seven seasons, "Burn Notice" did an admirable job of mixing dry humor and action and blending family crises with nifty spycraft. As creator Matt Nix told me in a 2008 interview, former spy Westen can do a lot of impressive things, but "he does eat food. He has a mother. He has relationship issues to deal with. You can't live exclusively in the space of, 'I am a strong fellow with martial arts training!'"

"Burn Notice" never fell into the trap of taking itself too seriously, but it always had a heart (and if you don't believe that, check out this Michael-Madeline scene from the series finale). And Nix -- who clearly enjoyed building new physical and emotional traps for Michael and his crew to escape from -- always had his eye on the bigger picture. Slowly but surely, Michael kept finding new layers of the conspiracy that had left him out in the cold. As the seasons progressed, he found his way back into the espionage community, but he was always forced to question whether the price of re-admission was too high.

"Bruce Campbell characterized the show as being, on some level, about Michael becoming a human being," Nix said in a 2011 interview.

A lot of shows give in to the temptation to coast in their final seasons, but "Burn Noticed' upped the stakes considerably in its final year (and supplied good supporting performances from Adrian Pasdar and Jack Coleman). But since the show debuted six years ago, the grit of Donovan's intensely committed performance, the fiestiness of Fiona Glennane (Gabrielle Anwar) and the laid-back loyalty of Sam Axe (Bruce Campbell) combined to create something reminiscent of a mojito: "Burn Notice" has been cool and sweet, tart and refreshing. 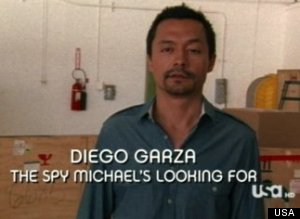 And it kept evolving: Incorporating Madeline Westen (the always outstanding Sharon Gless) more deeply into the core narrative only improved the show over time, and the addition of Jesse Porter (Coby Bell) added to the ways the crew could put one over on unsuspecting criminals, crooked spies and assorted lowlifes. Not every episode hit the sweet spot, but over 111 hours, the show had an admirable hit-to-miss ratio, even if viewers might be left with the impression that Michael's team, over time, blew up half of South Florida.

All the things I mentioned above are the big "Burn Notice" elements I'll miss. But in honor of the show's seven seasons, here are seven of the smaller touches I'll also remember fondly. 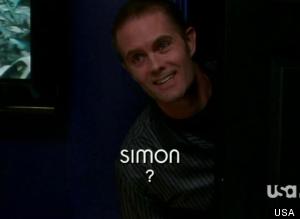