A young bear that was severely burned in a wildfire last year is getting a second chance to take on the outdoors.

The bear, nicknamed Cinder, was found with severe burns amid the largest wildfire on record in Washington state last summer. Her paws were in bad shape and she weighed only 34 pounds. 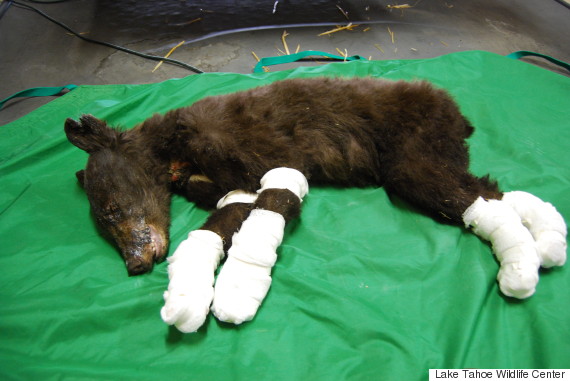 Cinder after her rescue last year.

A volunteer pilot flew the bear to a wildlife center in Lake Tahoe, California, where she spent several months recuperating. She was then moved to a bear rehabilitation center in Idaho, where volunteers prepared her to readjust to the wild.

Cinder's big day came Wednesday, when, wearing GPS collars, Cinder and a smaller male she befriended during rehab were released into the woods in Washington state. 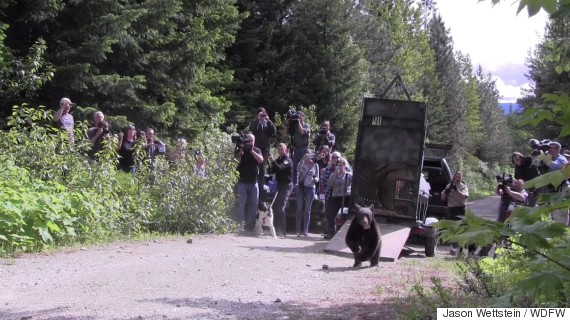 The two will likely stick together anywhere from a few days to a few months, but will eventually go their separate ways, biologist Rich Beausoleil with the Washington Department of Fish and Wildlife told Seattle TV station KOMO News.

As seen in the video above from KXLY News in Spokane, the bears were given a frightening sendoff so they avoid humans and dogs in the future.

Using the barking dogs and "pyrotechnics" makes "the bear’s last contact with people a negative one," Beausoleil said in a press release. "This is a method we have been using for some time and it has been successful."

"We don't know what the outcome's going to be, but we're going to give her the best chance possible," he told KOMO News. "We're putting her in a great spot where she's going to make a heck of a living." 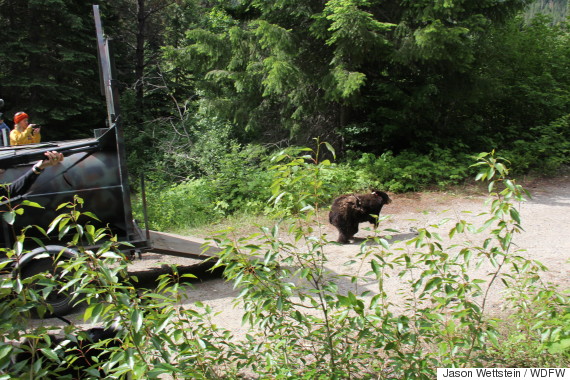 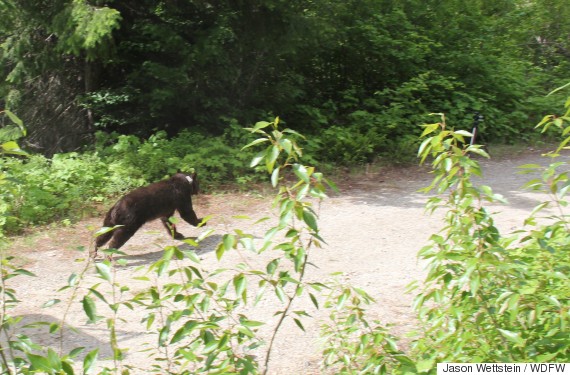 Bear Burned In Wildfire Returns To The Woods
Photos Of Bears