Think of Burning Man today and images of “Mad Max”-style bikinis, MDMA-fueled massage circles, towering effigies of the future, and $390 tickets come to mind. In 2016, the playa community (originally built as an escape from the capitalist everyday) seems more like a summer camp for the tech elite or a dystopian hellscape.

But back in the day, man, Burning Man was punk as hell.

A pretty amazing clip titled “Burning Man 1997: An ABC Nightline Investigation” popped up online recently, showing OG burners in their natural habitat. The ABC news team can be seen awkwardly approaching hippies and artists trying to build a goddamn bone sculpture, attempting to learn what this crazy festival is all about.

“It sounded like it was the last cool thing to do,” one man dressed in traditional monk garb explains. Would Monk Man be a fan of Burning Man today? We can only guess.

In 1997, stripped of expensive gadgets and so many selfies, Burning Man actually looks like a bunch of radical creatives getting weird in the desert. By the end of the segment, the ABC news guy finally gets it. He sums up his revelations while watching The Man burn on the final evening of the festival, as a man screams in the background, “Better than TV, I tell ya, it’s better than TV!”

“Sunday night as The Man finally burns, it symbolizes it all at once,” the reporter concludes. “The desperate rage against the sameness, the blandness, the consumer culture of everyday life, and the futility of fighting it. Burning Man is built to be doomed, to explode and collapse in a moment of pure freedom.”

That’s right, Tom Foreman of ABC News. We hope you did a lot of drugs that night. Watch the entire video above, or catch the highlights below. 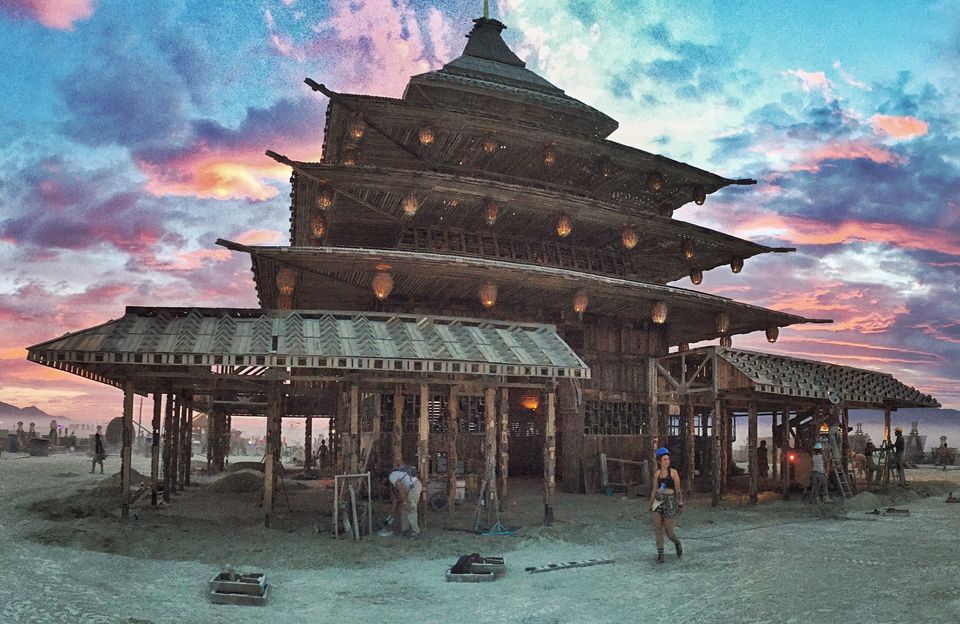