Even though you're not obviously melting down, your body and brain are trying to tell you that they've had enough.

During a quick nap, you had a crazy dream about your coworkers turning into mice wearing cardigans.

But wait (you're thinking): A short doze means I'm taking care of myself -- and don't doctors recommend taking a nap as a way to get a second wind? The problem here isn't with the siesta; it's with what happens during that time period. It usually takes about 90 minutes to enter REM sleep and start dreaming, says W. Christopher Winter, the medical director of the Martha Jefferson Hospital Sleep Medicine Center in Charlottesville, Virginia. The maximum length of your nap should be around 30 minutes, because once you've hit REM, the nap becomes counterductive (you'll wake up groggy instead of refreshed, says Winter). So if the mouse dressed like your cube-mate scampers out as soon as you close your eyes, it means your brain is so sleep-deprived that it's rushing to get into the REM phase. A scheduled nap can help make up for one late night, says Winter, not a month's worth.

You're convinced that you've got early-onset dementia -- at 33.

"We often see patients who are healthy yet extremely fatigued telling us that they're starting to forget things they should remember," says Anne Marie Albano, PhD, the director of the Columbia University Clinic for Anxiety and Related Disorders. "I tell them about the shelf theory of memory: You can only put so much on the shelf at one time, and when you're exhausted, the shelf isn't supporting memories the way it should." You are focusing so intensely on the mental challenges at hand that everything else is subconsciously deemed irrelevant. This is due to the stress hormone cortisol's complicated effect on memories, explains John Ratey, MD, in his book Spark: The Evolutionary New Science of Exercise and the Brain. Excess cortisol can cause us to lose the ability to form and store new memories not related to the present situation and can also make it difficult to retrieve the memories we already have.

Instead of helping you burn off steam, your usual 45-minute jog makes you feel even worse.

If you're really frazzled when you start to exercise, your body reacts differently than if you aren't in such a state, explains Sarah L. Berga, MD, professor of obstetrics and gynecology at Wake Forest School of Medicine in Winston-Salem, North Carolina. Berga and her colleagues have observed that moderately-intense exercise can cause cortisol levels to spike even higher in women who are already so stressed that they've been missing their periods. At the same time, the "hyperstressed" women's glucose levels dropped, which meant there was less available energy to fuel their exertion. Berga suggests taking a break from hard workouts and signing up for a package of Pilates classes instead.

You can drink coffee just before bed or after dinner and still pass right out.

Some of us are more sensitive to caffeine than others, but no one is completely immune to the stimulant's effects, says Michael Breus, PhD, a clinical psychologist and the author of The Sleep Doctor's Diet Plan: Lose Weight through Better Sleep. The EEG machines that show increased brain activity post-coffee don't lie -- but some people swear that caffeine doesn't affect them. What's probably happening with these caffeine denialists, says Breus, is that they're so exhausted that their levels of calm-inducing neurotransmitters are very high. These neurotransmitters help override caffeine's effects, or they set to work on a different area of the brain to kick-start the sleep process -- so the caffeine is working, but the coffee drinkers aren't reacting to it. In other words, they're not superhuman; they're just super-tired.

You feel like your acid reflux has gotten much worse, even though you've given up spicy and citrusy foods.

Stress hasn't been shown to cause acid reflux; however, it can make it feel more intense, found a study published in the Journal of Psychosomatic Research. When patients diagnosed with acid regurgitation had to perform an anxiety-inducing task, their perception of pain was much higher than fellow acid reflux sufferers who hadn't been stressed. Tests showed no increase in the amount of esophageal acid but did reveal elevated levels of cortisol.

Your scalp feels weirdly sensitive when you shampoo your hair.

Stress often leads to the release of neuropeptides and other natural chemicals in the skin, and that causes inflammation, explains Richard Fried, MD, PhD, a clinical psychologist and dermatologist with a private practice in Yardley, Pennsylvania. In some people, that inflammation erupts in angry pimples or a flare-up of rosacea. In others, the neuropeptides, which are responding to protect the skin from invaders, can cause blood vessels to constrict, making skin all over the face and head feel tight, tingly and overly sensitive. You've also probably been tensing your facial muscles for weeks (unconsciously bracing for a confrontation), so they're tired and slightly sore. Fried says the feeling should subside when you start to feel more relaxed.

Earlier on HuffPost OWN:

PHOTO GALLERY
I Know The Stress Is Starting To Get To Me When...

OWN Healthy Mind & Body Own Stress Symptoms Well Being Burnout

Burnout Signs: The Invisible Ways Your Brain And Body Tell You They've Had Enough
I Know The Stress Is Starting To Get To Me When... 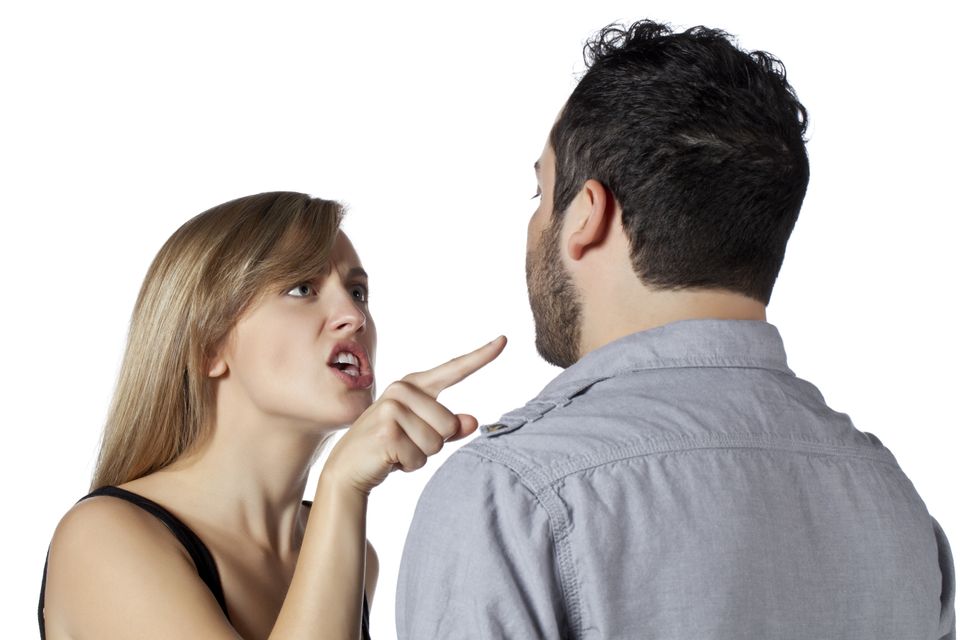 1 / 12
'... I Get Grumpy'
"I get grumpy and don't filter my thoughts before they come out of my mouth." -- <a href="https://www.facebook.com/HuffPostOWN/posts/630532580297170?comment_id=7984034&offset=0&total_comments=12" target="_blank">Laurie Dumar, via Facebook</a> As HuffPost Healthy Living reports, this urge to lash out originates in the amygdala, the <a href="https://www.huffpost.com/entry/chronic-pain_b_2185616" target="_blank">region of the brain that processes stress</a>. "When constantly, severely stressed, the amygdala can become overly sensitive and hyper-vigilant, making even relatively harmless events (such as a whiny child or a snoring spouse) seem like a threat," writes Laura Schocker. "That explains those <a href="https://www.huffpost.com/entry/body-stress-response_n_2902073?utm_hp_ref=less-stress-more-living" target="_blank">instinctively snappy over-reactions</a> we can all have when feeling strung out."
Shutterstock